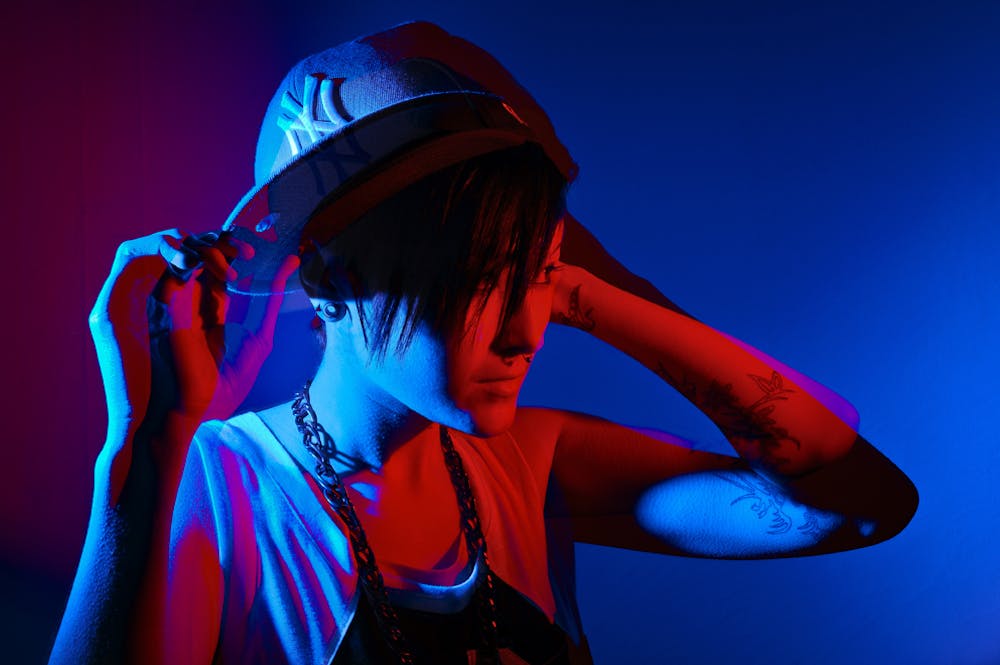 Follow Maya Jane Coles to get alerts about upcoming events and special deals!

Without further ado, here are Maya Jane Coles top 10 tracks of all time:

4. Something In The Air - Bonobo Remix

What a year 2011 was for Maya Jane Coles. Voted ‘Producer of the Year 2011′ by DJ Mag, named ‘Best Breakthrough DJ 2011′ by Mixmag, debuting at No. 9 on the Resident Advisor ’2011 DJ Poll’, scooping ‘Best Newcomer 2011′ at the Ibiza DJ Awards 2011, many magazine covers and the likes of Anja Schneider, Ellen Allien, Damon Alburn and Tricky all queuing up to offer their praise.

Well that was 2011 and this is most definitely 2012 where the bar is set to be raised once more for this rather unique 24-year old, British/Japanese producer; with Maya already scheduled to dj in over 20 countries in the first 6 months alone, some interesting release projects to be announced, some huge remixes and of course – the big one, the release of Maya’s debut album. This is the story so far...

An eclectic daughter of similarly eclectic parents; Maya was surrounded by a mixture of sounds from Dub to Punk to Soul and Jazz to World to Classical music around the house. Having learnt to play a few instruments and started to songwriter, production felt like the natural next step.

First producing hip-hop at 15; Maya was determined that she should be able to learn the skills to realise her own vision at every part of the process from production to performance. That’s why now, on a typical Maya Jane Coles record, Maya will have written, produced, engineered, arranged, mixed and performed every element of the track; sometimes she even vocals and designs the sleeve artwork too!

Driven by a constant urge to push herself and evolve; Maya migrated to dubbier sounds and eventually to drum’n'bass around 16; before a huge water shed moment in her life, Maya experienced good underground house! As a result, Maya started on her current journey as a house producer releasing on labels such as Dogmatik and Loco Supreme as well as chalking up DJ gigs at events like the BBC Electric Proms, Sonar and Bestival along the way.

Maya then created her live dub-electronica hybrid project, ‘She Is Danger’ alongside vocalist Lena Cullen. The band played at gigs from the world largest fetish club Torture Garden through to opening for The Orb with their tracks played everywhere from Radio 1 through to KCRW and Per Se.

In particular, She is Danger received a lot of critical and fan attention for their remixes of artists from Gorillaz to Groove Armada with an acclaimed dubby reworking of Massive Attack’s ‘Girl, I Love You’ included on the band’s ‘Heliogland:Deluxe’ album; picking up plaudits such, RCRDLBL ‘Track of the Day’, Qmagazine ‘track of the day’ and ‘Daily Download’ on NME.com and smashing the Hypemachine top 10 multiple times.

For many though it was “What They Say” on Franck Roger’s Real Tone first switched them on to Maya’s work. Supported by a list of dance floor dignitaries that boasts Laurent Garnier, Tony Humphries, Ekkohaus, Steve Bug and Dj Gregory amongst others; it obliterated both the sales and critics charts on Beatport; with the track enjoying a no1, no2 and no 3 placing on Resident Advisor’s chart in October, November and December 2010 respectively!

Further Maya productions have only added to this success with impressive showings for Maya’s “Humming Bird” EP (Hypercolour), ‘Focus Now’ EP (20:20 Vision) and “Beat Faster” EP (Mobilee) garnering peer support as varied as John Digweed to Miss Kittin to Art Dept and earning Maya the May covers of Mixmag, DJ Mag Weekly and Guestlist Network along the way and coverage in Flaunt, ID, Dazed and Confused amongst others. With radio support coming in over 30 countries world wide!

Maya’s latest release ‘Don’t Put Me In Your Box’ EP on Hypercolour continues to add fuel to the fire and is notable in that Maya not just write, engineer, produce, mix everything on the record as always but this time she also designed all the artwork for the release as well! Again a success the release has seen Maya dominate in charts all around the world, picking up even more support at club, on radio and in the print press such as her covers for Norway’s ‘Smog’ and Germany’s ‘Groove’ magazine’s respectively.

Maya Jane Coles remixes were equally in vogue in 2011 with releases on labels such as Crosstown Rebels, Leftroom, Defected and Real Tone within the house scene though spreading her genred wings Maya also tackled tracks by Little Dragon, Tricky and The Orb.

Whilst under her dub alias Nocturnal Sunshine; Maya has also delivered remixes such as that of emergent talents as well as the release of ‘Can’t Hide The Way I Feel/Broke’ to make fans out of Joy Orbison, Skream, Benga, Craig Richards and Scuba to name but a few!.Indeed, Maya also saw the start of her work as a producer for other acts with the Polydor released cover of Carly Simon’s ‘Why’ by Alpines who she had early remixed under the Nocturnal Sunshine moniker.

Maya is of course also known for her djing and mixing skills which blend her own productions and remixes with the work of other producers she respects. Alongside guest mixes for the likes of Resident Advisor, Louche, Trace A Line and Defected; Maya started an unbelievable summer with a much lauded Essential Mix which dropped in July and a cover mount mix for Mixmag’s ADE edition where Maya also played Studio 80 to launch the edition!

Indeed, heralded in by a New Year’s Eve set that saw Maya take over the Room One decks at Fabric for the midnight hour and followed by the New Year’s Day party at Manchester’s WHP the next day. Maya will play in over 20+ countries over the first 6 months of 2012 and has already been announced as the Sunday headliner at Bugged Out Weekender, as well as for festival appearances at Field Day and Hideout with MANY, MANY more international dates to be announced including a UK Tour, Asian Tour, Miami Dates and of course a return to the White Island of Ibiza

For most people the mere mastery of music would be enough but not for Maya, her brain just wasn’t built to be constrained so in the future we may more of Maya talents from the world’s of fashion, photography and art but for now Maya is clear – MUSIC definitely comes first!

What will crown 2012 is Maya’s album and the only thing we can tell you about it at the moment is that it truly does not sound like anything else you have heard before but, in what we would like to think is; in a very good way indeed.