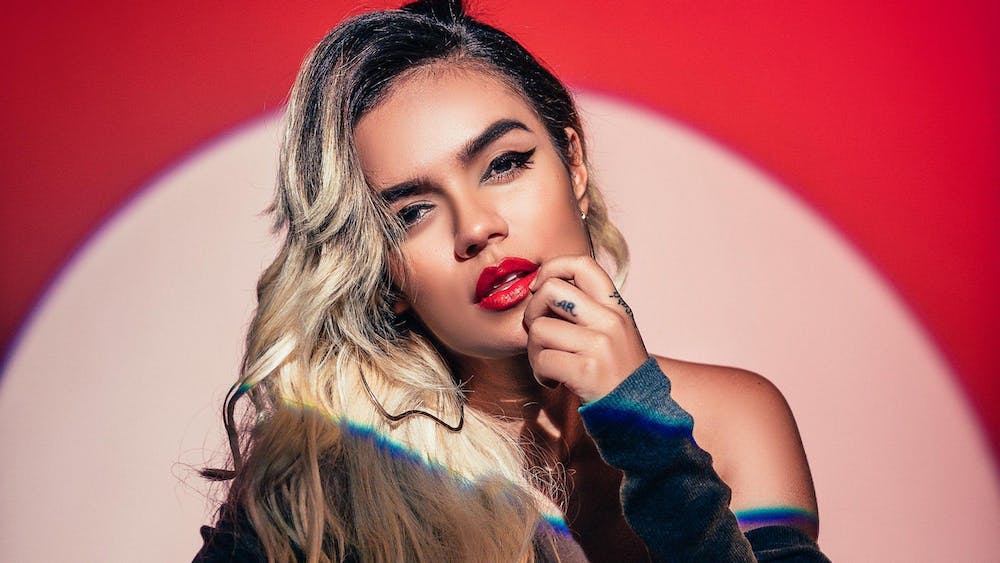 Follow Karol G to get alerts about upcoming events and special deals!

Karol G, is a Colombian reggaeton singer and songwriter.

Karol G has played in major festivals like Coachella

Without further ado, here are Karol G top 10 tracks of all time:

Karol G, is a Colombian reggaeton singer and songwriter. She is predominantly described as a reggaeton and Latin trap artist, but has experimented with a variety of other genres including reggae and sertaneja. She is also noted for being a prominent female presence in the reggaeton scene. In 2018, she won the Latin Grammy Award for Best New Artist, and has been nominated for several Billboard Latin Music Awards and Premios Lo Nuestro awards.

Born and raised in Medellin, she launched her career as a teenager, appearing on the Colombian spinoff of The X Factor. She moved to New York City in 2014 to learn more about the music industry and signed to Universal Music Latino. Her collaboration with Puerto Rican singer/rapper Bad Bunny "Ahora Me Llama" served as her breakthrough hit, and became the lead single for her debut album Unstoppable, released in 2017. In late 2018, her song "Secreto" became a hit in Latin America as she and Anuel AA publicly confirmed their relationship in the music video.

In July 2019, she released "China" in collaboration with Anuel AA, J Balvin, Daddy Yankee, & Ozuna, which became her first music video with over one billion views on YouTube. In May 2019, she released the album Ocean, which served as a stylistic departure Unstoppable, incorporating a more relaxed atmosphere in her work. Her song "Tusa" featuring Trinidadian rapper Nicki Minaj became an international success and was certified 10x Latin platinum by the RIAA, staying on the Billboard Hot Latin Songs chart for 25 weeks.