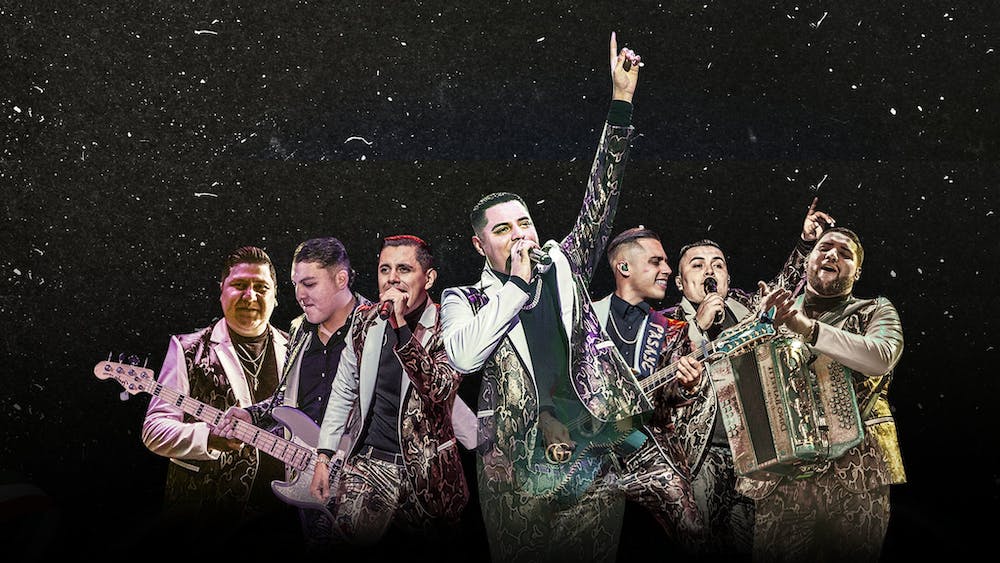 Follow Grupo Firme to get alerts about upcoming events and special deals!

Without further ado, here are Grupo Firme top 10 tracks of all time:

Hailing from Tijuana, Baja California, Mexico, the group – led by enigmatic frontman Eduin Caz – was known locally for singing corridos. But it wasn’t until Isael Gutiérrez, CEO of indie regional Mexican music label Music VIP, took notice of them that they were catapulted them to mainstream success.

“I liked them since the first time I heard them, but they had a 'rough' image because they mainly sang corridos," remembers Gutiérrez, who signed Grupo Firme three years ago after listening to the group in Tijuana. "I imagined them in another space, and so I had to convince them to take a different route musically."

Grupo Firme is not your typical banda artist. First of all, they’re not from Mazatlán or Culiacán, like most artists in that genre are. And the number of band members in the group is uncommon: Banda ensembles typically have 16 musicians and norteño bands five, but Grupo Firme has seven members, all ranging between 22-29 years of age. They are somewhere in the middle, straddling banda and norteño, and it was their fresh take on regional Mexican classics that helped put them on the map.

No upcoming events with Grupo Firme