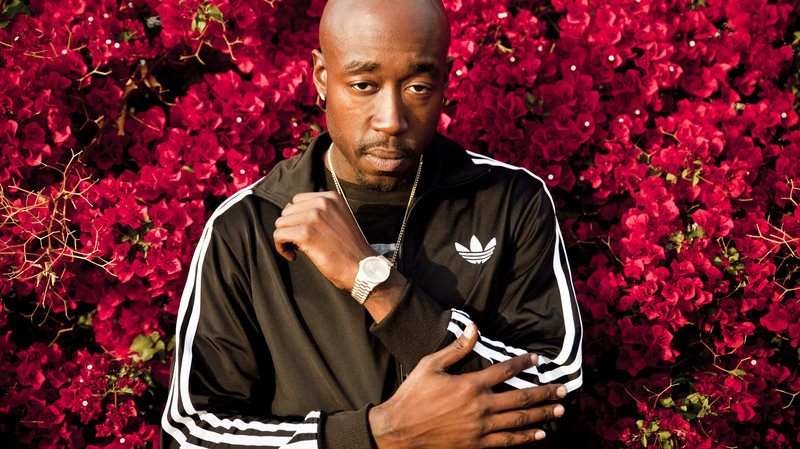 In 2009 rapper Freddie Gibbs set out to be the Midwest’s unofficial street poet, releasing a series of mixtapes that were as complex as they were thuggish.

Without further ado, here are Freddie Gibbs top 10 tracks of all time:

2. Something to Rap About (feat. Tyler, The Creator)

In 2009 rapper Freddie Gibbs set out to be the Midwest’s unofficial street poet, releasing a series of mixtapes that were as complex as they were thuggish. Influenced by the likes of 2Pac, Biggie, UGK, and Bone Thugs-N-Harmony, Gibbs filled his lyrics with honest and compelling stories of his hometown’s demise, a steady decline to which he helped contribute while a drug dealer. He dealt out of a Gary, IN, recording studio, absorbing a steady stream of uninspired rhymes while pushing product. Figuring he could do better, Gibbs began writing his own lyrics and cut some demos that would eventually land in the hands of Interscope. When the label signed Gibbs in 2006, he moved to Los Angeles and recorded a debut album, but a year later the management of Interscope changed hands and the rapper was dropped. He returned to Gary, and then moved to Atlanta until producer Josh the Goon convinced Gibbs to return to L.A. for one more try. In early 2009 he released the Miseducation of Freddie Gibbs mixtape to critical and message board acclaim. The Midwestgangstaboxframecadillacmuzik mixtape soon followed, as did a feature in The New Yorker that found writer Sasha Frere-Jones declaring Gibbs “the one rapper I would put money on right now." Late in the year he released the 81-song mixtape The Labels Tryin' to Kill Me. As the mixtape’s title inferred, Gibbs had, like Jay Electronica, become a 21st century, Internet-age hip-hop star, able to draw press and earn a loyal following via downloads and mixtapes instead of the usual industry channels. He finished 2009 proudly unsigned but in 2010 he made a rare aboveground appearance with the Str8 Killa EP, released on the Decon label. ~ David Jeffries, Rovi

No upcoming events with Freddie Gibbs