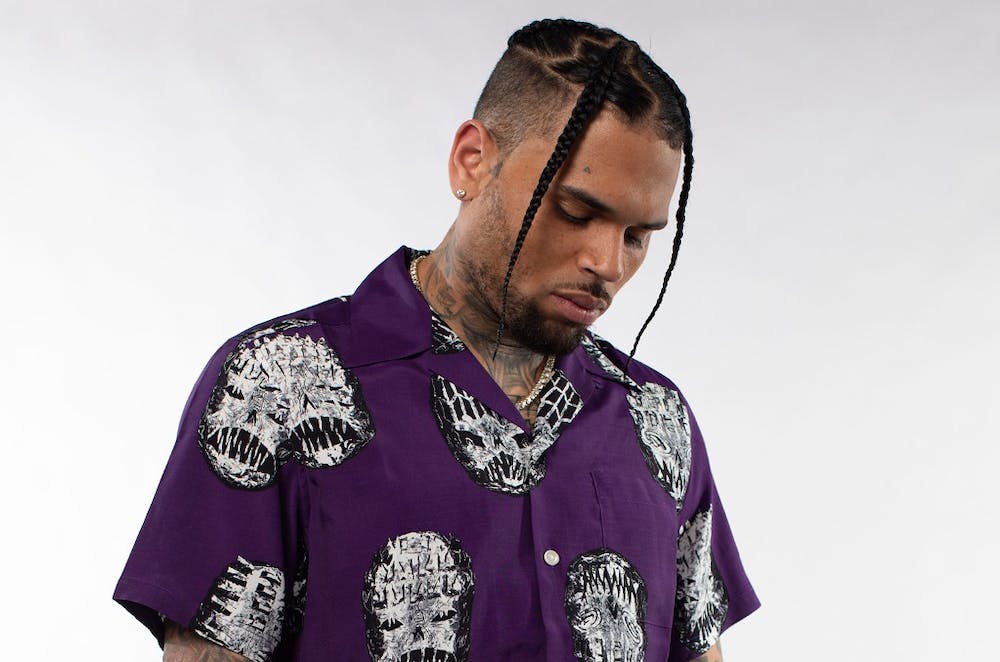 Follow Chris Brown to get alerts about upcoming events and special deals!

For Chris Brown, his fans were the ones who helped him rebound, giving him strength when he thought success may have been a thing of the past. Brown’s fans around the world embraced him when he started releasing music on the internet, most notably the mix tapes that included his # 1 singles “Deuces” and “No BS.” It was the reaction to these songs that convinced the trailblazing singer-dancer-actor to title his new album, F.A.M.E..

Without further ado, here are Chris Brown top 10 tracks of all time:

For Chris Brown, his fans were the ones who helped him rebound, giving him strength when he thought success may have been a thing of the past.

Brown’s fans around the world embraced him when he started releasing music on the internet, most notably the mix tapes that included his # 1 singles “Deuces” and “No BS.” It was the reaction to these songs that convinced the trailblazing singer-dancer-actor to title his new album, F.A.M.E.. “I was surprised by all the love and support I got from all my fans when I started doing the ‘Deuces’ record and the mix tapes,” he says. “They were getting really good reception, so I wanted to make it ‘Fans Are My Everything.’ It’s more personal to them and they can identify with that, from where I’ve been two years ago to now. They can see the progress and the maturity and the level of music that I’m putting out.”

To this point, early F.A.M.E. selections “Deuces,” “No BS,” and “Look At Me Now” showcase an edgier version of Brown, one who was both confident in himself and unwilling to compromise. But there was also the gorgeous, uplifting “Beautiful People.” It’s almost as though Brown morphed into more than one artist. “I wanted to balance it,” he says of his more confrontational output. “When I go into making music, I don’t think of a genre or certain type of material. It’s whatever comes out. We might do an alternative song or a rock song.”

Indeed, Brown explores other exciting new musical directions on F.A.M.E. The most dramatic and impressive examples of this are “Say It With Me” and “Oh My Love.” The former incorporates an aggressive mix of dub step and house courtesy of producer Harmony, while the latter has an edgy feel, thunderous bass and drastic tempo changes, all which provide divergent platforms for Brown’s many vocal styles.

Brown then goes from clubs to stadiums with “Next To You.” The song, a duet with fellow superstar Justin Bieber, features the singers paying tribute to the special ladies in their lives. It’s the type of optimistic, warm song that fills listeners with hope and promise about finding a perfect love. Another new wrinkle to Brown’s approach comes on “Love The Girls,” “Bomb,” and “Wet The Bed,” three cuts that highlight Brown’s confident side, especially when it comes to women.

Yet F.A.M.E. contains a bevy of the type of Brown’s signature heartfelt songs that girls fall in love with (or fall in love to) and that guys can play for their women. Case in point are: “She Ain’t You,” “Should’ve Kissed You,” and “All Back.” “She Ain’t You” wistfully laments a love he aims to regain. “Should’ve Kissed You” discusses not being confident enough to pursue a love you wanted and that you still regret, while “All Back” also deals with vulnerability, but from the realization that the love lost was more remarkable than you initially realized. For Brown, showing his vulnerable side is important, particularly for his male fans. “As a guy, we tend to shadow our emotions,” he says. “I think we do that because we’re taught as a kid to do so. One of the first things we’re taught from our fathers or our peers is to not be a punk, to grow up and to be a man. It’s instilled in us that we can’t have a sensitive side that we have to put up a force field. I just feel like everything is up on the table. People know that I’ve messed up, so there’s no more stuff that I need to hide. I’m just going to be me.”

Thus far, just being himself has led Chris Brown to astronomical success. He first three albums – 2005’s Chris Brown, 2007’s Exclusive, 2009’s Graffiti – have sold millions of copies collectively and spawned such gold and platinum singles as “Run It!,” “Yo (Excuse Me Miss),” “With You,” and “Kiss Kiss.” He’s won more than 25 awards (including Billboard’s Artist of the Year in 2006, three American Music Awards in 2007 including Artist of the Year and Favorite Male Artist-Pop, two People’s Choice Awards in 2009 including Favorite Male Singer) and has been nominated for 8 Grammy Awards and dozens of others.

The Virginia native is also an emerging movie star (including leading roles in 2007’s This Christmas and 2010’s Takers) and owns the successful MechanicalDummy.com blog site. An avid artist himself, Brown wants the lifestyle site to serve as a platform for artists who aspire to excel in the technological, cultural, style and branding realms.

As Brown works to help the next generation of artists, he also gives back to those less fortunate. He’s been affiliated with Best Buddies, an organization that helps people with intellectual disabilities along with developing his own Symphonic Love foundation, which aims to provide support and funding for arts programs dedicated to the artistic development of children. “If you have all this responsibility, this talent, you have to do something with it,” Brown says. “You’ve really got to help people out because, all in all, that’s what my music is doing.”

The results are evident in Team Breezy, the name of Brown’s dedicated legion of fans. There are Team Breezy branches throughout the United States, as well as France, Ireland and India, among other countries. Now, with F.A.M.E., Brown has delivered an album that caters to his followers, one that serves as a thank you to his loyal fans and builds upon his sonic repertoire and signals the emergence of a star whose work endures. “I want to showcase my talent,” Brown says. “I think I’m underestimated in a sense, like ‘Oh yeah, he’s cool, but such and such is better.’ I’ll get certain things like that, so this album is to prove that I’m not better than anybody other than myself, my last hits. I don’t want to just put out a couple of hits and be done with it.”

And with F.A.M.E., Chris Brown shows that he’s better than ever.