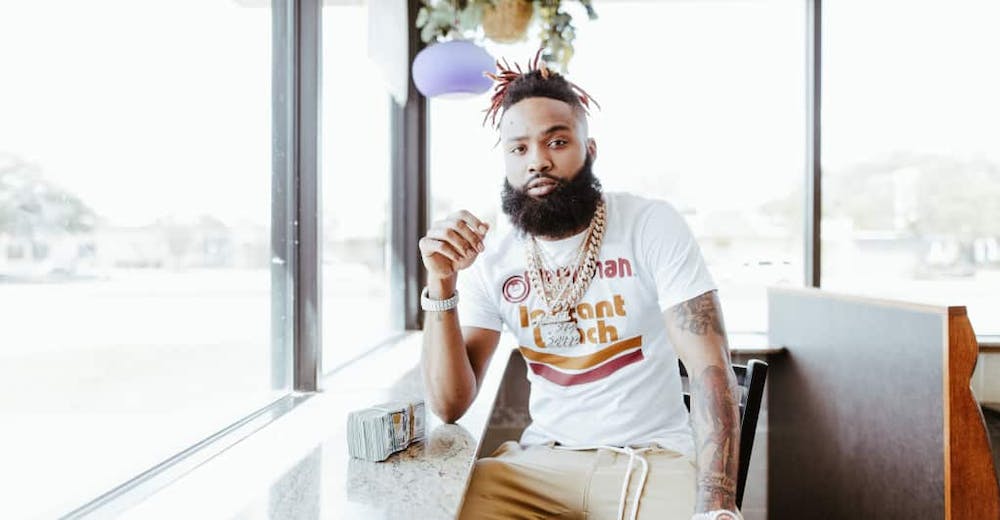 Follow Sada Baby to get alerts about upcoming events and special deals!

Without further ado, here are Sada Baby top 10 tracks of all time:

Casada Aaron Sorrell (born November 17, 1992), better known by his stage name Sada Baby, is an American rapper from Detroit, Michigan. He initially gained recognition in 2018 when the music video for his song "Bloxk Party" went viral, leading to him signing to Asylum Records. A prominent figure of the emerging Detroit rap scene of the mid to late 2010's, Sada Baby has become one of the most prolific rappers of the generation. His debut studio album Skuba Sada 2 (2020), a sequel to his 2017 debut mixtape Skuba Sada, peaked at number 125 on the US Billboard 200. In 2020, his song "Whole Lotta Choppas" went viral on TikTok, later receiving a remix featuring Nicki Minaj and peaking at number 35 on the Billboard Hot 100.

No upcoming events with Sada Baby