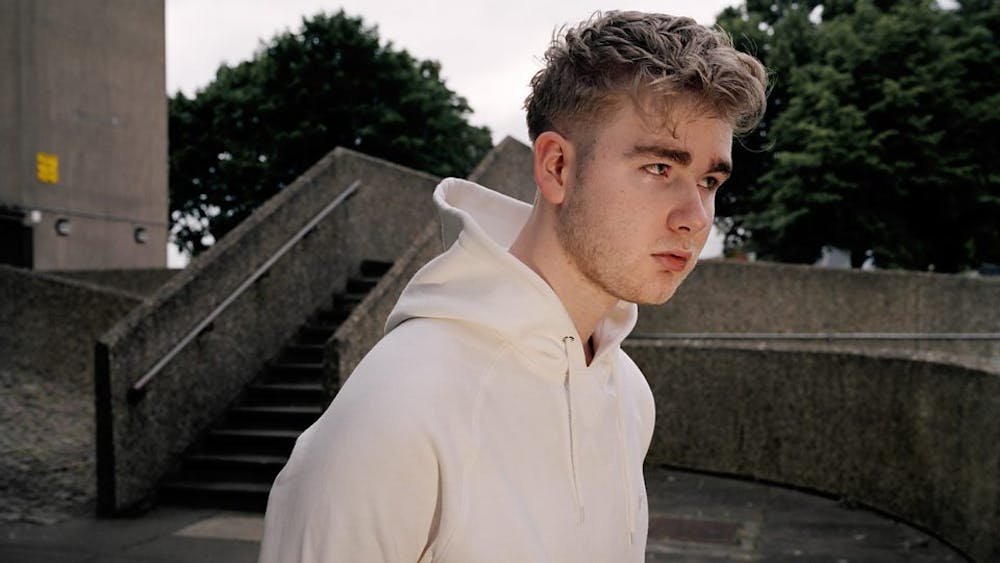 Follow Mura Masa to get alerts about upcoming events and special deals!

The story of Mura Masa is one to remind people that there’s still room for optimism about the “internet generation”.

Mura Masa has performed in venues such as: 1015 Folsom, Space, The Observatory, The Warfield, The Showbox SoDo, Palladium, Shrine, 9:30 Club, All Points East, Brooklyn Steel

Mura Masa has played in major festivals like All Points East

Mura Masa has upcoming events in All Points East, Palladium

Without further ado, here are Mura Masa top 10 tracks of all time:

2. blessing me (with Pa Salieu & Skillibeng)

The story of Mura Masa is one to remind people that there’s still room for optimism about the “internet generation”. At just 19, Alex Crossan has shown how someone with an appetite for knowledge, even if their upbringing has been isolated, can make full use of having the world at their fingertips without getting overwhelmed by “too much information”. Not only that, but again and again he’s proving that it’s possible parlay the myriad of potential influences that are available to anyone with a broadband connection into something unique, coherent, future-facing and very, very popular. Like, Diplo and Skrillex co-signed popular. 30-million-plays on SoundCloud popular.

Alex grew up on the island of Guernsey where “everybody knows each other” but the opportunities for young people, as he laconically puts it, “are basically: hang around beaches and drink.” Most people who’ve grown up in small-town or rural environments can probably relate to the outdoor… socialising – but this was an extreme case. It’s not like you could even get a bus to the nearest big city if you wanted to go to a gig: the equivalent would be a five-hour ferry trip to Southampton. So culture tended to be a DIY affair out of necessity: Alex surfed (not to “be a surfer”, but just because literally everyone surfs there), and played in a variety of indie bands with his friends.

“I think I was very disconnected from British music,” he says. “My mum is American and I was exposed to a lot of her records at first – Joni Mitchell and stuff – and from there I think I assumed pop culture was American. I certainly didn’t know anything about dubstep or grime, or club music – I guess if I thought about that stuff it seemed pretty far away from what I knew. I’d never been to London!” He wasn’t exactly conservative in his tastes, but felt no need to investigate anything far removed from a standard diet of indie and rock, seasoned with a little radio pop.

Then two things happened: firstly, around the time he turned 15, Alex “heard Hudson Mohawke’s ‘Thunder Bay’ and discovered that electronic music was a thing,” and then he stumbled on James Blake “and realised how far you can go with it!” And that’s where the internet-digging began. “I like to do my homework,” he deadpans, before explaining how via YouTube and streaming he steadily inhaled first the entire discographies of these artists, then of musicians in their circles – SBTRKT and Cashmere Cat were early favourites – then of the sounds that influenced all of these. Flying Lotus style psychedelic beats, grime, WARP style electronica – but also bands like The Smiths: it was all grist for the mill as he furiously processed beatmaking and songwriting.

And as he absorbed the music, spotting connections, influences and echoes through the beats and riffs, something else was happening which was crucial to how his own music would explode into the world. Because he was taking in information about the music and its subcultures so quickly, and because there’s a keen analytical mind lurking behind the laid-back exterior, he became very aware of a bigger picture, of how bedroom producers could shake the world. “James Blake is so important as an act,” he says. “Not just because the music’s great and I love listening to it, which I do, but in terms of the way music’s going: the fact that an act like that can be recognised in the way he is really opened my eyes a bit.”

So maybe it shouldn’t be that much of a surprise that Alex’s very early beat experiments started setting Soundcloud alight very quickly. It’s not that he exactly set out with a world domination plan, but armed with this big-picture knowledge, he was making his music with full understanding of how far it can reach, and how quickly. As he worked on coalescing his own individual sound from the vast array of influences he was amassing, he watched his electronic music heroes crashing the mainstream without compromising their musical vision, and he learned about how bands like The Smiths took their very particular vision into the charts. Everything he learned increased the understanding that it wasn’t an either/or thing: you can make cool, exploratory beats and songs and reach out to a mass audience and echo through the wider culture.

Mura Musa (“the name just came from a track name on a metal album, and it comes from an old Japanese myth about a swordsmith, but really I just thought it sounded cool” laughs Alex) was already starting to become quite significant thanks to this Soundcloud snowballing by the time he left Guernsey for university in Brighton. Indeed he already had label attention and representation: his soon-to-be manager Sam spotted him on SoundCloud, got in touch, and immediately proved his commitment by making the trip out to Guernsey to meet Alex on spec. Alex may have “really, really felt like a small fish in a big pond” having left the tight-knit community of the island, but he was ready to crack on.

He made it through a year of an English Literature and Philosophy degree before “music took over: not in a malicious way, but just because I literally didn’t have time to do both.” His focus was total on “having an ethos and an attitude of writing music that’s very culturally relevant, that lasts, that’s important lyrically and sonically as well.” Musical collaborations were sparked online – “I’d find myself contacting someone via SoundCloud or whatever, saying ‘I’m a fan of you’ and they’d go ‘oh that’s nice, I’m a fan of you too!’ which is a pretty good sign that you might be able to work together,” he muses.

The fact that collaborations, on the whole, came naturally was very important to Alex, and chimed with everything he’d learned from his self-driven musical education about how the best artists preserve their individuality. “There’ve been a few suggestions about working with this or that big name singer,” he laughs, “but I really have to think about what that says about the music and whether it’ll overshadow it.” Before very long at all, he was weighing up deals, but eventually went with the major label that would not only give him creative freedom but set him up with his own imprint. His debut album is well underway, and he’s determined to keep that freedom and – like his early inspiration James Blake – deliver a debut that is a complete creative statement, not designed by committee.

Where he’ll go from here is a mind-boggling thing to consider, but calm as ever, Alex seems ready for whatever comes next. For now he’s taking in his stride the growth of a young and excitable following who turn up for his shows and are even starting to sing along to some of the tracks. He never writes or structures songs with the live stage in mind, but he is beginning to turn over thoughts about pulling together a proper band to perform them, “because if you’re going to do Glastonbury or whatever you don’t want to just be standing up there hitting a drum pad.” He may have considered himself culturally isolated on his island home, but this child of the internet generation is now ready to make a serious mark on the big, wide, real world.