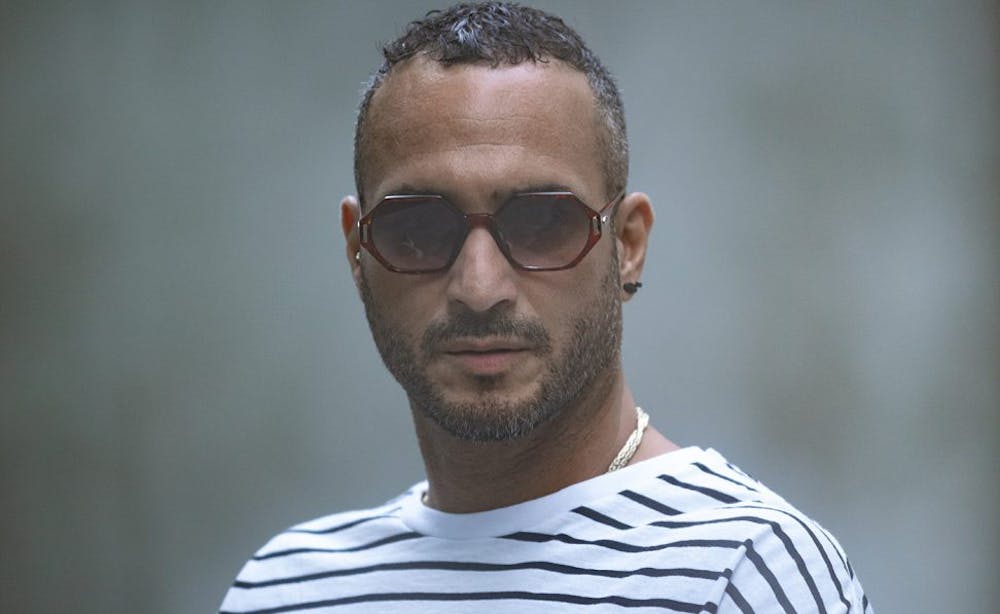 Follow Loco Dice to get alerts about upcoming events and special deals!

DJ, producer and Desolat record label co-founder Loco Dice excels at reigning in and reimagining the future. Loco Dice was born in Düsseldorf as the son of Tunisian immigrants.

Without further ado, here are Loco Dice top 10 tracks of all time:

Loco Dice was born in Düsseldorf as the son of Tunisian immigrants. The roots of his love for music stem from hearing soul and funk in the kitchen, and holidays with his mother in Tunisia. During these trips, he absorbed North African and Middle Eastern folk music influences. He also snuck away to watch his grandfather playing backgammon on the streets where he managed to walk away with enough pieces of dice that he eventually accumulated his own personal collection. This is how he earned his infamous nickname that eventually was combined with Loco which, was coined from the days spent in Ibiza during the 90’s… but that’s another story.

The streets of Flingern in Düsseldorf and youth clubs were important during the formative years, with a strong influence from hip hop culture – from dancing to Beat Street and Michael Jackson, graffiti tagging, to rapping in the 90’s and touring with Ice Cube. Already with a few releases under his belt, this brought him recognition by the infamous Death Row Records who asked him to go on tour with Snoop Dogg. The DJing came later through tireless hours of searching for new music and practicing.

In 1998, after several singles, and residencies in the top European hip hop clubs, Loco Dice discovered the world of electronic music and ventures onto a new path from scratch. One of the key figures from that time was Timo Maas with whom Loco Dice got his 1 st taste of touring around the world and the other one was Martin Buttrich, who opened up the world of electronic music production. His first release in the electronic realm was “Phat Dope shit” in 2002. What followed were releases on the top labels in the industry as well as remixes for the likes of Mousse T, Kevin Saunderson, Basement Jaxx, Black Coffee, Terre Thaemlitz, Nightmares On Wax, Moby, and Disclosure to name a few.

In 2006, Loco Dice really started to make some noise in the scene as he released tracks on the most respected labels such as M_nus, Cadenza, Ovum, and Cocoon all in that same year. That year also involved a brief relocation to Brooklyn where he created his label Desolat. “7 Dunham Place”, his debut album and inaugural release on the new imprint in 2007 encapsulates his time there. Dice’s second album, Underground Sound Suicide was released in 2016 on Ultra, and featured collaborations with notable artists across the spectrum, including heavyweight hiphop producer Just Blaze, British rapper Giggs and soul icon Neneh Cherry.

One of electronic music’s most enduring and respected artists, he’s always shown an uncanny ability to read the crowd and take them in an unexpected direction, as seen at his era-defining residencies at the infamous Tribehouse in Germany, as well as the iconic super clubs in Ibiza from Circoloco at DC-10, Used & Abused at Ushuaïa to the Amnesia terrace. His countless appearances at internationally renowned venues and festivals around the globe have cemented that legacy. Besides music Loco Dice is interested in visual imagery derived from elaborate film scripts. Some of it was manifested in his interest in collaborations: in 2004 he was part of the PlayStation2 “Decks & FX” video game where he not only appeared in the game but also ended up on the packaging artwork itself. It was also around this time where he used to moderate for MTV Germany in the noughties. His affinity for fashion inspired his “cut and sew” merchandise line, which led to collaborations with Amsterdam fashion label Daily Paper and pro sports hat purveyors New Era. His style is also influenced by years spent on the dancefloor, absorbing the sounds and styles he came across. He feels privileged to have been part of an era when record stores were the center of a musical community, a place to dig for records, forging bonds and swapping knowledge.

Loco Dice never leaves anything behind:

With Serán Bendecidos, Loco Dice has created a series of releases and events that echoes the ethos of unity, community and freedom focused on a group of artists comprised of Dice’s companions from the past decade and a selection of new and exciting international guests into the core family. Furthermore, with his side project FKD Dice lives his passion for sounds other than those used in classic techno and house, and although Loco Dice’s productions are full of hip hop references, with FKD he creates a connection between his ideal fusion of hip hop and electronic music.

Loco Dice merges perspectives in his delicate sense for sounds and reflective atmospheres, underpinned with solid, physical grooves. You can call it techno if you want, or house, but don’t try to reduce it any further – Dice is most interested in the uncharted territory between genres, the elements that link everything together. Dice’s own productions are meticulously planned, with a directorial, cinematic outlook, which permeates Dice’s everyday life, and not just from the escapades and scrapes that he has sometimes found himself living out in real life.

At the end of the day, Dice sees everything running in loops and it’s his job to trace a line to sketch out the next scenes. Even if life tends to be unpredictable, a little chancy, the next move doesn’t have to be a gamble. In fact, Loco Dice shows via his compositions and endeavors that it can be very well planned. Listen to his music, imagine the cinematic accompaniments, and you’ll understand how something carefully constructed can begin with a flight of fancy, or a roll of the dice.