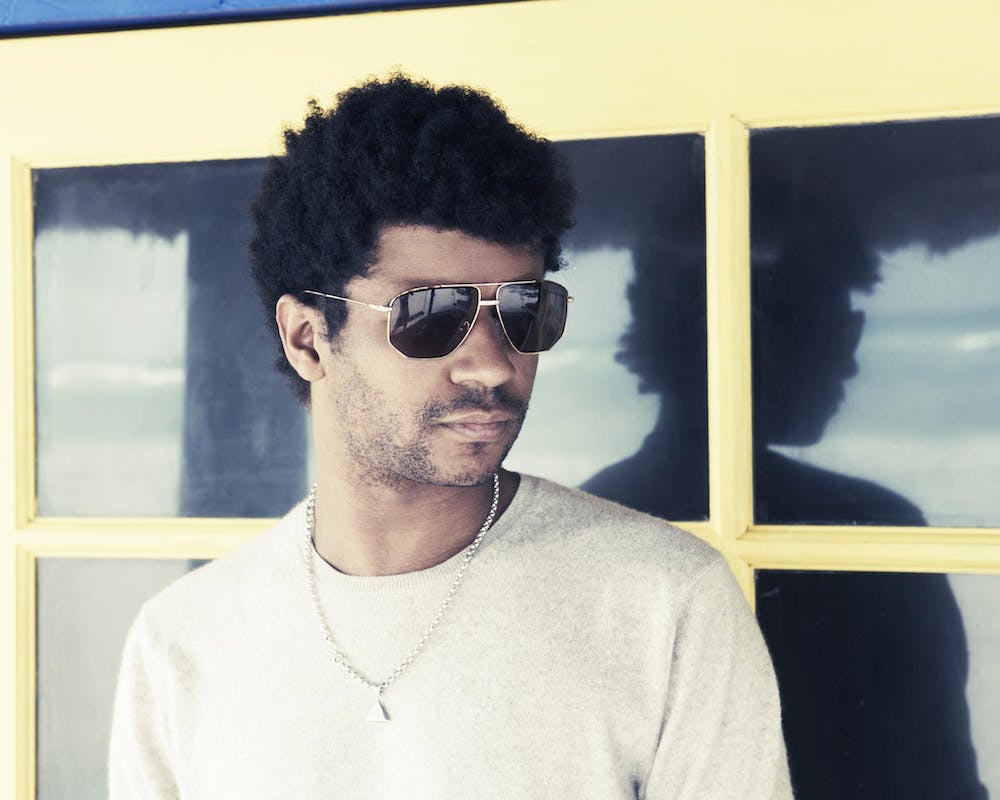 Follow Jamie Jones to get alerts about upcoming events and special deals!

After discovering electronic music through the rave scene as a teenager in the mid 90's, Jamie began to buy vinyl as a way of listening to the music he was into at the time.

Without further ado, here are Jamie Jones top 10 tracks of all time:

After discovering electronic music through the rave scene as a teenager in the mid 90's, Jamie began to buy vinyl as a way of listening to the music he was into at the time. Growing up in a remote part of North Wales, and with no one to look to for advice, Jamie bought his first decks and taught himself how to mix.

A few years later and Jamie's first big life transition came when he moved to London to attend University. Here he discovered a whole new world of record shops and clubs, which lead to him developing his own style of underground house.

The second transition and probably one of the most important changes to his life was when he decided in the summer of 2000 not to just go on holiday to Ibiza, but to go and spend the season working there. Of course like every other aspiring young DJ Jamie travelled over there with his box of records and it wasn't long before his talent was recognised, and Jamie was almost instantly spinning records, at some of the islands best bars, such as Charlie Chesters then famous Mezzanine.

During the next few years Jamie continued to study in London, and travel to Ibiza for the summers, gaining popularity and experience playing all over London and Ibiza at bars, and smaller clubs.

It was during the summer of 2003 that Jamie got his first big break. When he was offered a few gigs for ministry of sounds Saturday morning after party on the legendary space terrace.

After a few gigs there Jamie was offered sets all over the island, and by summer 2004 Jamie had taken up a residency for Manumissions more underground back room the music box, playing every week alongside the likes of Ivan Smagghe, Justin Robertson, M.A.N.D.Y and so on.

Meanwhile in London, Jamie had quickly transcended from his bar residencies to playing all over the city at clubs like The Key and Neighbourhood.

Describing his style as 'a fusion of deep house and techno' 2 years on, and Jamie is one of the most in demand up and coming DJs in London. Recently being taken on by Crosstown Rebels DJ agency. Jamie has also been running his hugely successful underground warehouse parties DjsCanDance, which have seen guests such as Dan Ghenacia, Kiki, James Holden, Damian Lazarus and Pier Bucci to name a few. He also now performs regularly at Fabric, The End, and the TDK Crosscentral events. Jamie has also began to take his sound global. 2005 saw him in Paris, Bordeaux, Hamburg, Madrid, Barcelona, Chicago and Mexico City, and in 2006 he has tours of East Asia and South America planned.

During this whole time though Jamie has been working hard developing his production skills, and January 2006 sees the release of his first EP 'Amazon', which will be released on Dan Ghenacia's Parisian based Freak n Chic imprint.