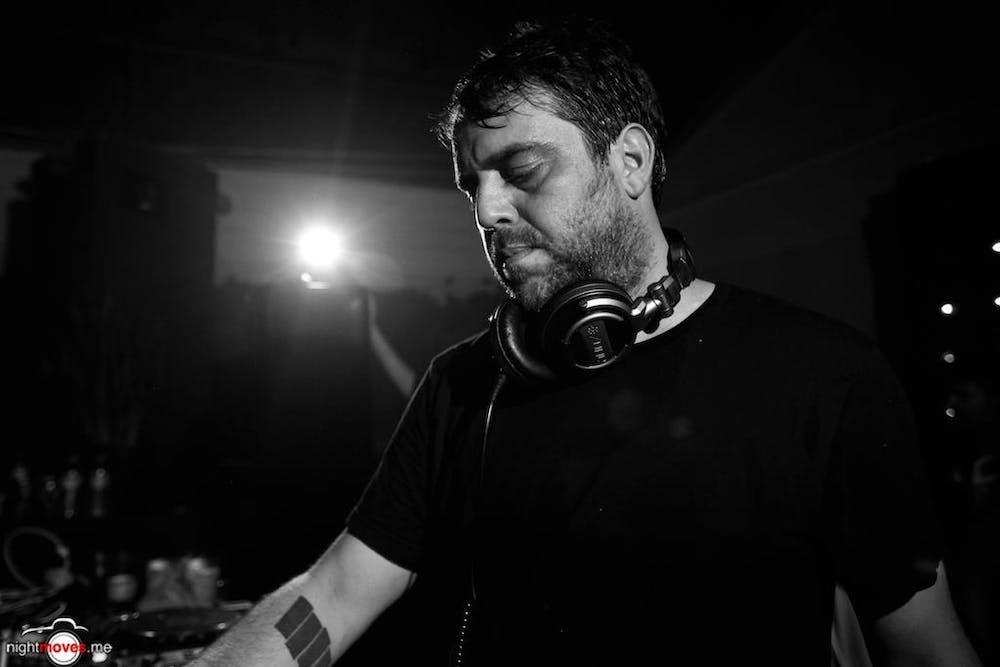 Follow DJ Tennis to get alerts about upcoming events and special deals!

DJ Tennis is Manfredi Romano, born in the 70's and raisedbetween New Jersey, Sicily and Parma in a family who paid just a passingattention to music.

DJ Tennis has upcoming events in The Vanguard, EDC Portugal

Without further ado, here are DJ Tennis top 10 tracks of all time:

DJ Tennis is Manfredi Romano, born in the 70's and raisedbetween New Jersey, Sicily and Parma in a family who paid just a passingattention to music. No relatives played any musical instruments, nor were thereany around the home - music was never given any special amount of love in theRomano household. But despitethis, and perhaps as a direct result of this, Romano's creative and artisticattitude has always centred around music: singing, creating and collectingweird and noisy musical instruments at every turn.

In 1988 before embarking on computer science studies he was alreadyplaying and singing in college bands and had an indie rock radio show on alocal radio station in Palermo.

Recording with bands,organising events and DJing at the local tennis club where he used to playsemi-professionally (his DJ moniker comes from his passion for the sport)became his way to support the costs of his studies, though when he graduated henever imagined he would turn that hobby into his fully-fledged career. Whilststarting out as a DJ he began focusing on promoting new underground music inhis country, founding and developing some of the most important Italianunderground musical events such as the Elita festival in Milan and theDissonanze festival in Rome - at the same time creating forward-thinking newpromotional concepts around the Italian clubbing scene.

In the early 90s Romano also started producing music for theatre, moviesoundtracks and TV commercials, his production skills always taking inspirationfrom the psychedelic, dark and melancholic sounds of the 60’s, thru to early2000’s IDM. The range of influences paint a picture of his musical worldview:The Beach Boys, The Who, Talk Talk, Ultravox, XTC, Fugazi, June of 44, Suicide,Radiohead, Godspeed You Black Emperor!, Aphex Twin, Boards of Canada andPlastikman – into every musical project he poured elements, sounds & feelingsfrom all of these artists and many more.

In 2010, after growing tired of the the more overtly generic output of thecontemporary scene he decided to collect all of his musical works and, alongwith Thugfucker’s Greg Oreck, started a new techno and pop label called Lifeand Death. The name of the label has a specific meaning, inspired by thesocratic method of the maieutic process to turn ‘dead’ elements into a newlife, and referring to the hypnotic power of music used in the mesmericprocesses for brain therapy. Life And Death was alive.

Romano bases himself in Berlin where he also shares the label experience and astudio with the innovative deep electronic duo Tale of Us, whilst he workinghard to create a crew of young and inspired musicians like Clockwork andEsperanza, amongst others. On top of all of this he still maintains his mainjob is still being a Promoter and a Booking agent in 2012. He may go by thename Tennis, but Manfredi Romano continues to be a hugely talented all-rounder.