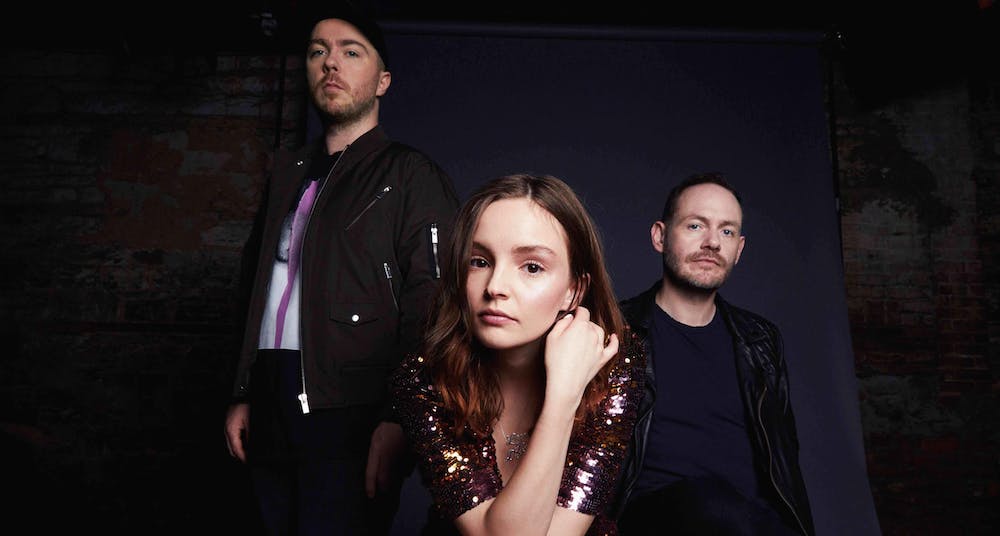 Follow Chvrches to get alerts about upcoming events and special deals!

Spelling their name with a "v" instead of a "u" to differentiate themselves in Internet searches, Glasgow's frosty electro-pop trio Chvrches feature singer Lauren Mayberry and keyboardists/vocalists Iain Cook and Martin Doherty.

Without further ado, here are Chvrches top 10 tracks of all time:

Spelling their name with a "v" instead of a "u" to differentiate themselves in Internet searches, Glasgow's frosty electro-pop trio Chvrches feature singer Lauren Mayberry and keyboardists/vocalists Iain Cook and Martin Doherty. Mayberry, who previously played with the band Blue Sky Archives and holds a law degree as well as a master's degree in journalism, began working with Cook, a former member of Aerogramme and a film and television music composer, and Doherty, a touring member of the Twilight Sad, when they asked her to sing on some demos they were recording. The sessions went so well that the trio christened itself Chvrches and began writing songs inspired by Prince, Depeche Mode, and Kate Bush. Two of these songs, "The Mother We Share" and "Lies," earned online buzz and led to the band scoring the opening slot on Passion Pit's 2012 U.K. tour. Late that year, Chvrches were among the acts selected for the BBC's Sound of 2013, ultimately finishing fifth. The trio began 2013 by playing a few North American dates and recording its debut album in Cook's basement studio. The Bones of What You Believe appeared in September of that year and soon earned widespread critical acclaim as well as a strong fanbase thanks to the group's touring through 2014. Chvrches began working on new material in January 2015 at their own Alucard Studios, taking inspiration from Quincy Jones' lean yet massive-sounding production style. Their second album, Every Open Eye, appeared in September 2015.