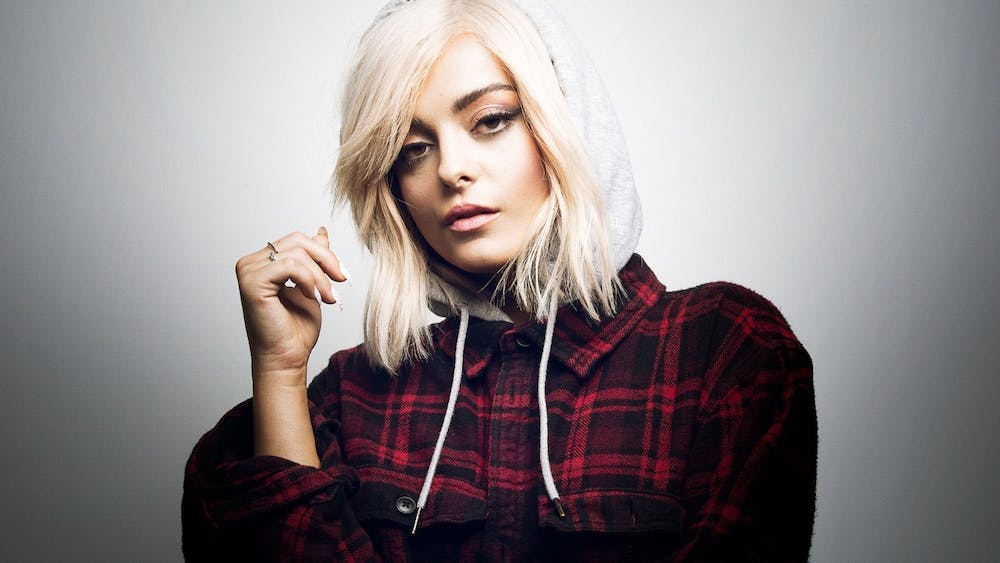 Follow Bebe Rexha to get alerts about upcoming events and special deals!

Every dream requires a hustle.

Bebe Rexha has performed in venues such as: TD Pavilion at the Mann

Without further ado, here are Bebe Rexha top 10 tracks of all time:

Every dream requires a hustle. Long before she became an inescapable pop presence and one of the industry’s most in-demand songwriters, Bebe Rexha began quietly hustling hard towards a career in music during her childhood in Brooklyn, NY.

“I never wanted to take the easy way, and I was always willing to hustle,” she declares. “I started grinding and writing songs back in high school. I was the girl that didn’t go to prom or my graduation, because I was too busy working with producers and making music. I’d feel at home singing over hip-hop beats and rolling with the boys. It’s where I still have the most fun, and it’s where my personality comes through.”

Following years of dedication and diligence, that grind paid off big time in 2013 after she penned “The Monster” in a Harlem studio. The single eventually became a worldwide hit for Eminem and Rihanna—going RIAA quadruple-platinum stateside. Bebe would write and feature on Cash Cash’s “Take Me Home,” an idea she envisioned back in her bedroom in New York. Relocating to Los Angeles, she’d go on to co-write and sing on Pitbull’s “This Is Not A Drill” in addition to writing Tinashe’s “All Hands On Deck.” Her 2015 debut EP, I Don’t Wanna Grow Up [Warner Bros. Records] , boasted the singles “I Can’t Stop Drinking About You” and “I’m Gonna Show You Crazy,” which racked up over 52 million Spotify streams in only six months. That same year, she co-wrote and carried instantly recognizable hooks for the double-platinum “Hey Mama” by David Guetta, Nicki Minaj, and Afrojack as well as G-Eazy’s 2016 Billboard Hot 100 platinum smash “Me, Myself, & I.”

To date, she’s accumulated over 10 million overall single sales, 800 million Spotify streams, 1 billion combined YouTube/VEVO views, and reached a radio audience of 7 billion in addition to earning praise from the likes of USA Today, Billboard, MTV and more. On the road, she has toured supporting Nick Jonas and scorched the stage of the 2015 Vans Warped Tour, emerging as one of its biggest breakout acts.

However, everything set the stage for her 2016 single “No Broken Hearts” [featuring Nicki Minaj]. The unshakable and undeniable anthem introduces her forthcoming full-length album with a bang. Produced by Grammy Award®-nominated production team The Invisible Men, the track sees her robust, raw, and real voice take the spotlight. Over a slick, smooth, and sultry bounce, Bebe delivers a massive refrain freestyled in the vocal booth and punctuated by a fiery verse from Minaj.

“I had been heartbroken three times that week,” she admits. “I went to the studio, and I was crying my eyes out. As soon as I walked to the mic, it came to me. We captured the first take right when I heard the song. There’s nothing mathematical to my writing. It’s feeling. I turned sadness into an anthem for not letting anything or anyone slow you down. Everybody goes through some sort of pain. It’s good for people to hear that. Nicki was perfect, because she’s a New York chick who identifies with this. Life’s too short, so let’s enjoy it.”

That spirit courses through her inimitable and irresistible sound. Merging booming production, cinematic storytelling, and a powerhouse voice, she nods to influences as diverse as Michael Jackson, Lauryn Hill, Tracy Chapman, The Cranberries, and Kanye West. Drawing on her Albanian heritage and youth in New York City, she stirs up a musical melting pot of her own.

“I feel like I’m just starting to show who I am,” she continues. “I’m going even further though. I’m embracing my roots and the artists I love. At the same time, I want to tell stories. The new music is more about empowerment. You work on yourself, and you focus on your happiness. That’s the message. I’m saying what I want to say. Life isn’t easy. We’re all going through something. I hope people know they’re not alone when they hear my songs.”

No upcoming events with Bebe Rexha