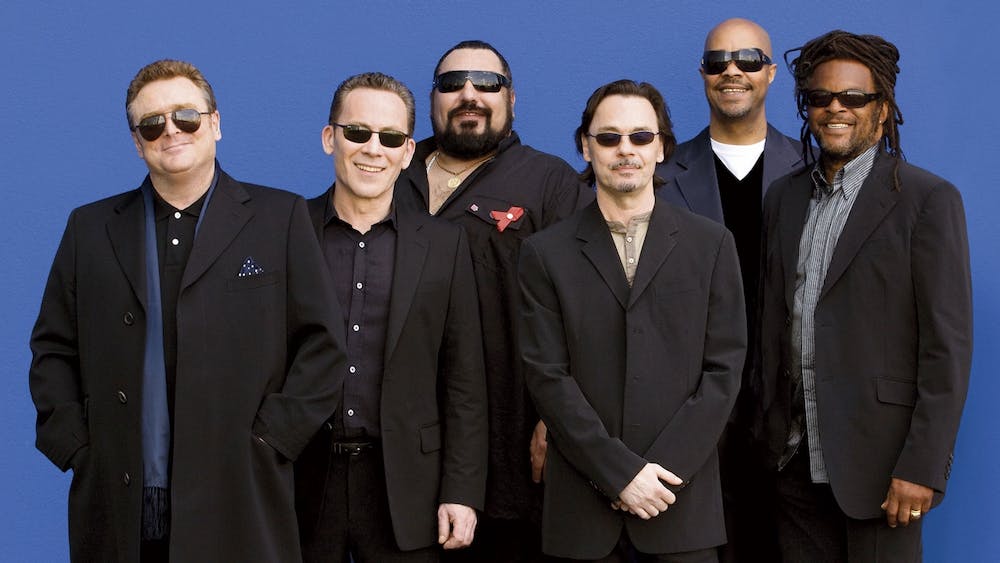 Follow Ub40 to get alerts about upcoming events and special deals!

Without further ado, here are Ub40 top 10 tracks of all time:

6. The Way You Do The Things You Do

UB - 40 was formed in 1978 in Birmingham, England. The band has a culturally diverse lineup of members from England, Scotland, Yemen and the Jamaica. The band was named after a British unemployment benefit form called Unemployment Benefit - Form 40. The collage of cultures reflected the working-class community the members of the band came from.

The band consists of lead guitarist Robin and guitarist, lead vocalist Ali Campbell, bassist Earl Falconer, keyboardist Mickey Virtue, saxophonist Brian Travers, drummer Jim Brown, percussionist Norman Hassan, and toaster Terence "Astro" Wilson. The band bought its first instruments with the money that Ali Campbell received after a bar fight. They the practiced their instruments, though a few of the members knew how to play. The band started to generate buzz and by the end of the year, the group was invited to tour with the Pretenders. Their first single "Food For Thought" reached the U.K. Top Ten in 1980. this began a career of long streak chart appearances for the band. Signing Off and Present Arms were big sellers in Britain and primarily addressed the political issues of that time. In songs like the top ten hit "One in Ten," they blasted Margaret Thatcher for the country's high unemployment rate.

In 1983, they eventually broke into the American music scene with their album "Labor of Love," that was a compilation of reggae cover songs. It gave the group its first ever chart album in America and first number one hit in the UK with Neil Diamond's "Red Red Wine." Many of their later albums of original material sold well in the UK but didn't do as well in the US. The group's biggest hit in the US was the Top 30 cover of Sonny and Cher's "I Got You Babe."

In 1988, the group performed their hit "Red Red Wine" at the Nelson Mandela tribute concert. A Phoenix radio station trotted the single out for a second go-round. Listener response was very enthusiastic, so much that "Red Red Wine" re-entered the charts and went all the way to the top. Finally UB 40 had a hit on the way to conquer the lucrative American market. The band responded with another covers album, Labor of Love II, which produced Top Ten singles with versions of the Temptations' "The Way You Do the Things You Do" and Al Green's "Here I Am (Come and Take Me)." The group scored a big hit in the US with Elvis Presley's "Can't Help Falling In Love," which was initially featured in the Sharon Stone film Sliver and spent seven weeks at number one.

By now, UB40 had abandoned its left-wing politics and concentrated more on perfecting its reggae oldies covers than producing any original material. Their next albums "Promises" and "Lies"were huge hits and generated huge sales figures in both the U.S. and U.K. In fall 2002, UB40 bounced back with yet another collection, "The Fathers of Reggae."

Come and enjoy the band's great fusion of Reggae and Pop music, their concerts are fun, energetic and sensational. Don't miss out, contact your on-line ticket vendor and get the tickets now.