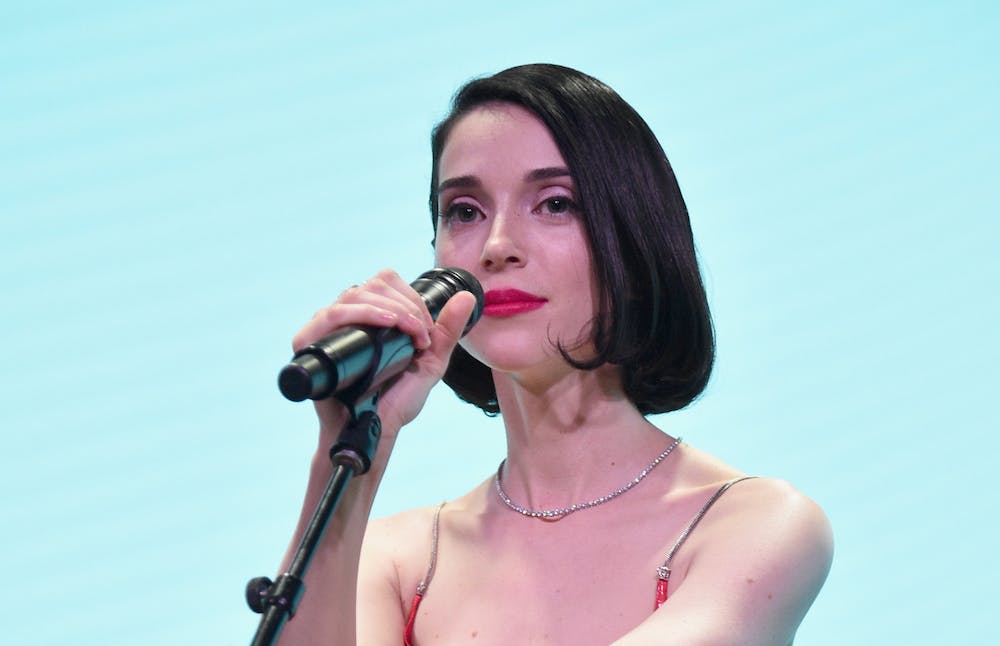 Follow St. Vincent to get alerts about upcoming events and special deals!

Without further ado, here are St. Vincent top 10 tracks of all time:

6. The Melting Of The Sun

Annie Erin Clark (born September 28, 1982), known professionally as St. Vincent, is an American musician, singer, songwriter and producer. She began her music career as a member of the Polyphonic Spree. She was also a member of Sufjan Stevens's touring band, before forming her own band in 2006. Her debut album is Marry Me (2007), followed by Actor (2009), Strange Mercy (2011), St. Vincent (2014), and Masseduction (2017). She released a collaborative album with David Byrne in 2012 titled Love This Giant.

St. Vincent contributed backing vocals for Swans on their 2014 album To Be Kind. Her fourth solo album, St. Vincent, was released that same year and was named album of the year by The Guardian, Entertainment Weekly, NME, and Slant, as well as second best album of the year by Time. The album won her a Grammy for Best Alternative Album, her first Grammy Award. She was the first solo female performer in 20 years to win a Grammy in that category. In 2018, St. Vincent was included twice in NPR's "200 Greatest songs by 21st Century Women": at number 181 with "Digital Witness" and at number 38 with "Cruel". Strange Mercy was among Pitchfork's 200 Best Albums of the 2010s, ranking at number 55. St. Vincent ranked number 65 on Rolling Stone's 100 Best Albums of the 2010s.