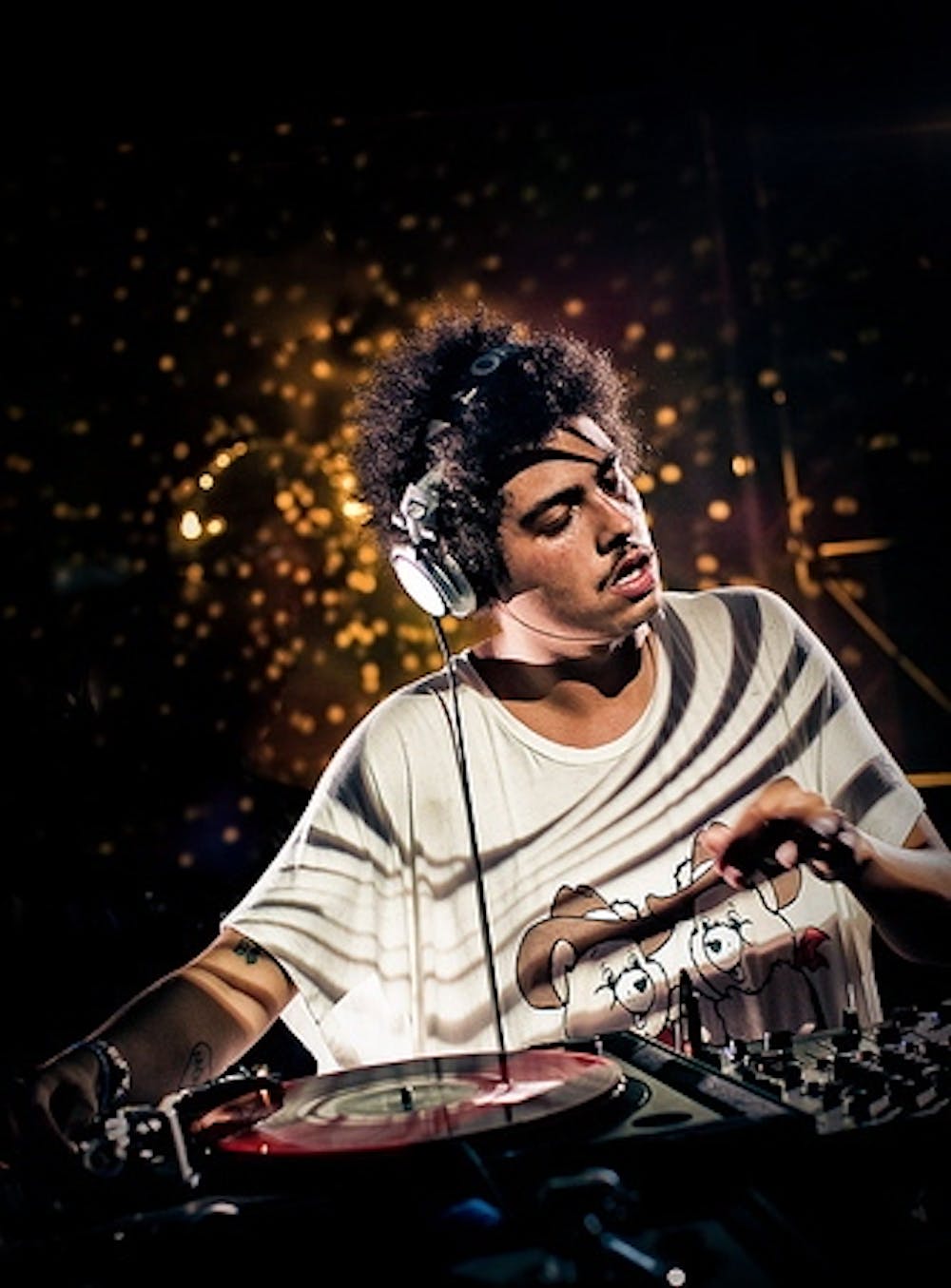 Follow Seth Troxler to get alerts about upcoming events and special deals!

In accordance with Mayan prophecy, Seth Troxler was, in fact, a gift to Detroit techno from intergalactic house demigods from the future.

Without further ado, here are Seth Troxler top 10 tracks of all time:

In accordance with Mayan prophecy, Seth Troxler was, in fact, a gift to Detroit techno from intergalactic house demigods from the future. Rumours that Seth Troxler is actually an alien are untrue; in the early first century these demigods kidnapped the virile first-born child of a Roman centurion and his Egyptian trophy wife. After years of travelling around the western end of the Milky Way studying linear algebra, Byronic verse, city planning, and the essentials of electronic music composition, these demigods lost young Seth to the Old God Horus in a game of trans-dimensional poker. Before Horus could consume his soul, disguised as Freemasons, they managed steal the young Seth back, and fearing the wrath of Horus, hid him in the Mid-Western town of Kalamazoo where he was raised by a kindly family of Amish.

Since then Seth has gone on to ignite the world of house and techno with a constant barrage of vocal jams, been voted Number Three best DJ in the world in the Resident Advisor Top 100 DJ Poll (beaten only by Ricardo Villalobos and Richie Hawtin) and landed a much vaunted residency at DC10 in Ibiza. He has played many outstanding international gigs, notably fabric (London), Panorama Bar and Watergate (Berlin), Womb (Tokyo), Tenax (Florence), Robert Johnson (Frankfurt), The Rex (Paris), Fuse (Brussels), Avalon (LA), The End Up (San Fransisco) plus The Detroit Electronic Music Festival and Mutek. In the studio he has collaborated with such dance luminaries as Matthew Dear, Art Department, Tiefschwarz, Deetron, Masemenos and dOP, in addition to groundbreaking remix work done as Visionquest alongside fellow astral refugees Shaun Reeves, Ryan Crosson and Lee Curtiss. Together their Visionquest project has spawned the most exciting new record label in dance music today, plus a four deck DJ spectacular that will see the four of them tour the world reminding people how lucky they are to be human.

Troxler is currently in Berlin, where he began his self-imposed exile from the United States after sleeping with then-Senator Barak Obama’s wife. Seth will remain in Europe until his 33rd birthday, at which point he will descend upon the Levant and battle his way westward as he reclaims his kingdom. At least that’s what some dude at Burning Man told us.