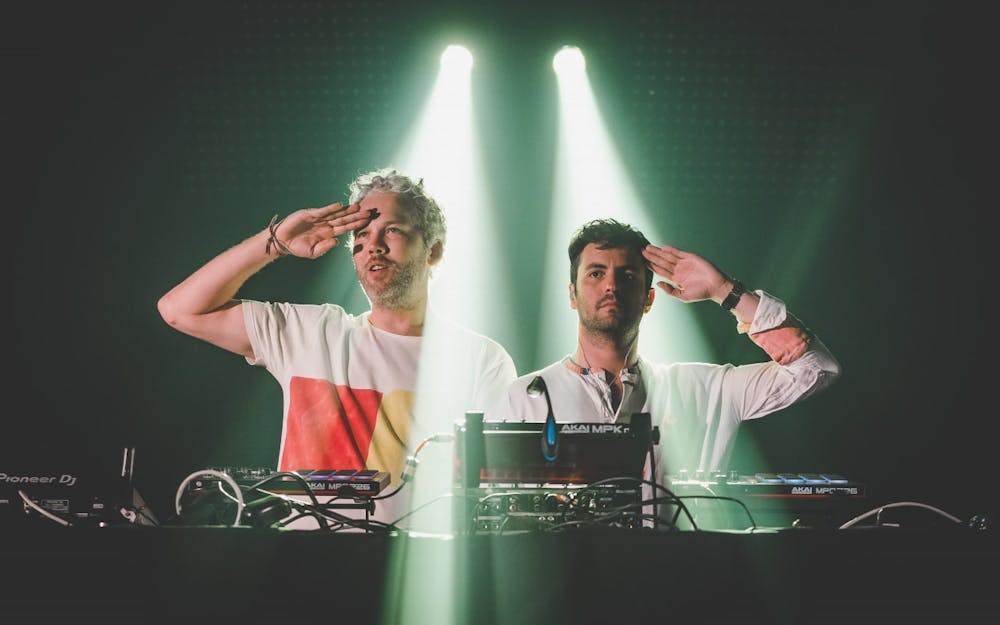 Follow Polo & Pan to get alerts about upcoming events and special deals!

Polo & Pan, the parisian electronic wonders are in the midst of a massive global ascent following the release of their acclaimed debut LP Caravelle.

Without further ado, here are Polo & Pan top 10 tracks of all time:

6. From a World to Another

Polo & Pan, the parisian electronic wonders are in the midst of a massive global ascent following the release of their acclaimed debut LP Caravelle. The duo - comprised of DJs/producers Alexandre Grynszpan and Paul Armand-Delille - first connected at Paris' cult dance haven Le Baron, where they bonded over an eclectic sonic landscape that pulls from Disney scores, Latin American rhythms and classical composing titans like Bach and Claude Debussy.

The group's gloriously hedonistic debut attempts to impart through music what Henri Rousseau conveyed in his paintings: "The quest for a wild life, a return to the primitive forms of happiness, and a colorful ode to idleness," they explain.

Caravelle tells the story of their travels across the world, placing the two music lovers on the same map as many artists whose wish had always been to reconcile hedonistic dance music with the taste of a solar, timeless pop music. Aboard Polo & Pan’s ship, you will find quite an amazing combination of their melodic French touch with the soft, youthful singularity of their lyrics, and bold percussion patterns.