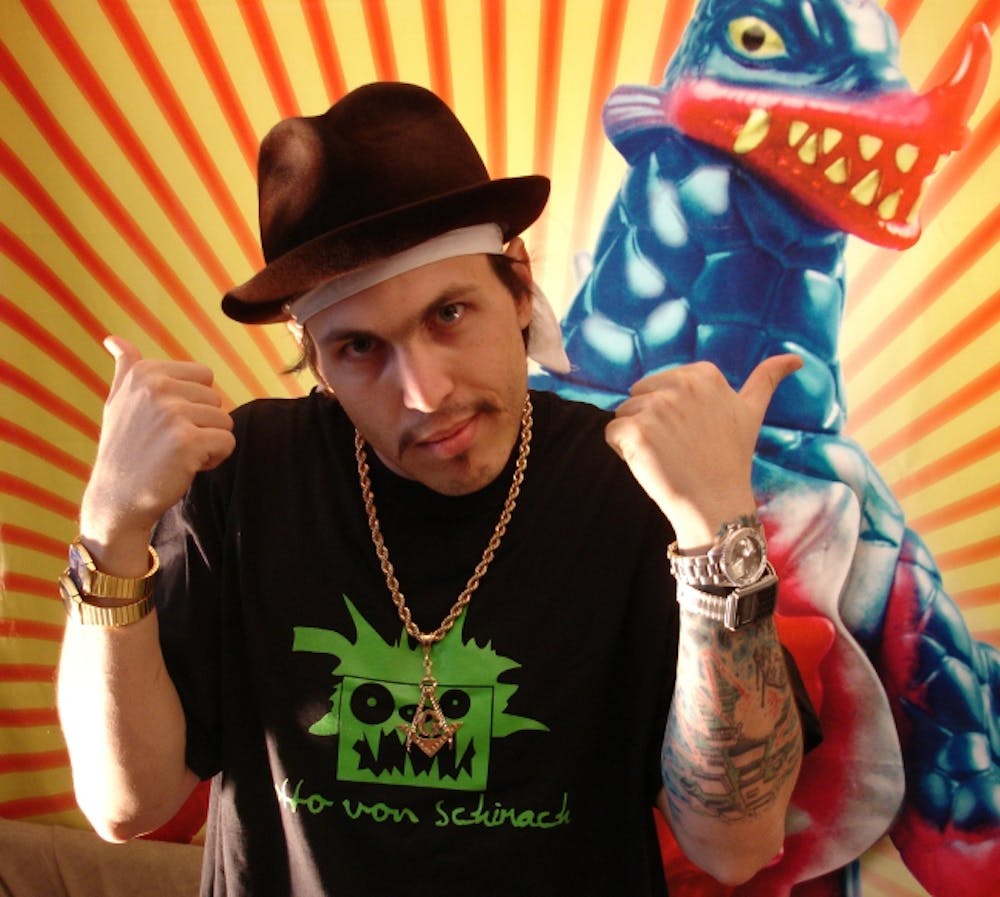 Follow Otto Von Schirach to get alerts about upcoming events and special deals!

Without further ado, here are Otto Von Schirach top 10 tracks of all time:

No one embodies sound like Miami swamp mutant Otto Von Schirach. After a slew of releases (mostly on Schematic and Beta Bodega), Mr Schirach is known to flash his blades and edit techno gore to pieces, only then to sew it back together into a wave of science. Schirach cold-cocks his Notebook, and it mutates to produce a tempestuous, viper music. You notice the bass spreading all around your living room like space-fuzz. His style is more sporadic and noisy than other artists in the IDM/Electronic genre, and his visual aesthetic leans towards Heavy Metal rather than Electro.

This Cuban/German has the whole sonic spectrum at his command. From deep bass waves into a talking goat sine wave hammered into 4/4 beat jam, then sped up so fast they start to fry, or slowed down so they start to shrink. Working and touring with Skinny Puppy to remixing Miss Kitten, Otto is past electro-acoustic, past gangster and into the sedimental, the fantasmic. You might say he’s ready to blow up, but Schirach prefers to conquer.

Otto recently released OTTO, an IDM, Industrial and Electronica sound library designed by Otto Von Schirach, based around the Kontakt Player 2 plug-in. The library offers over 4 GB of instruments that includes construction, loops, sequences, surround and much more. Otto is a visionary in electronic music, he’s on a mission, and he’s gonna take you with him.