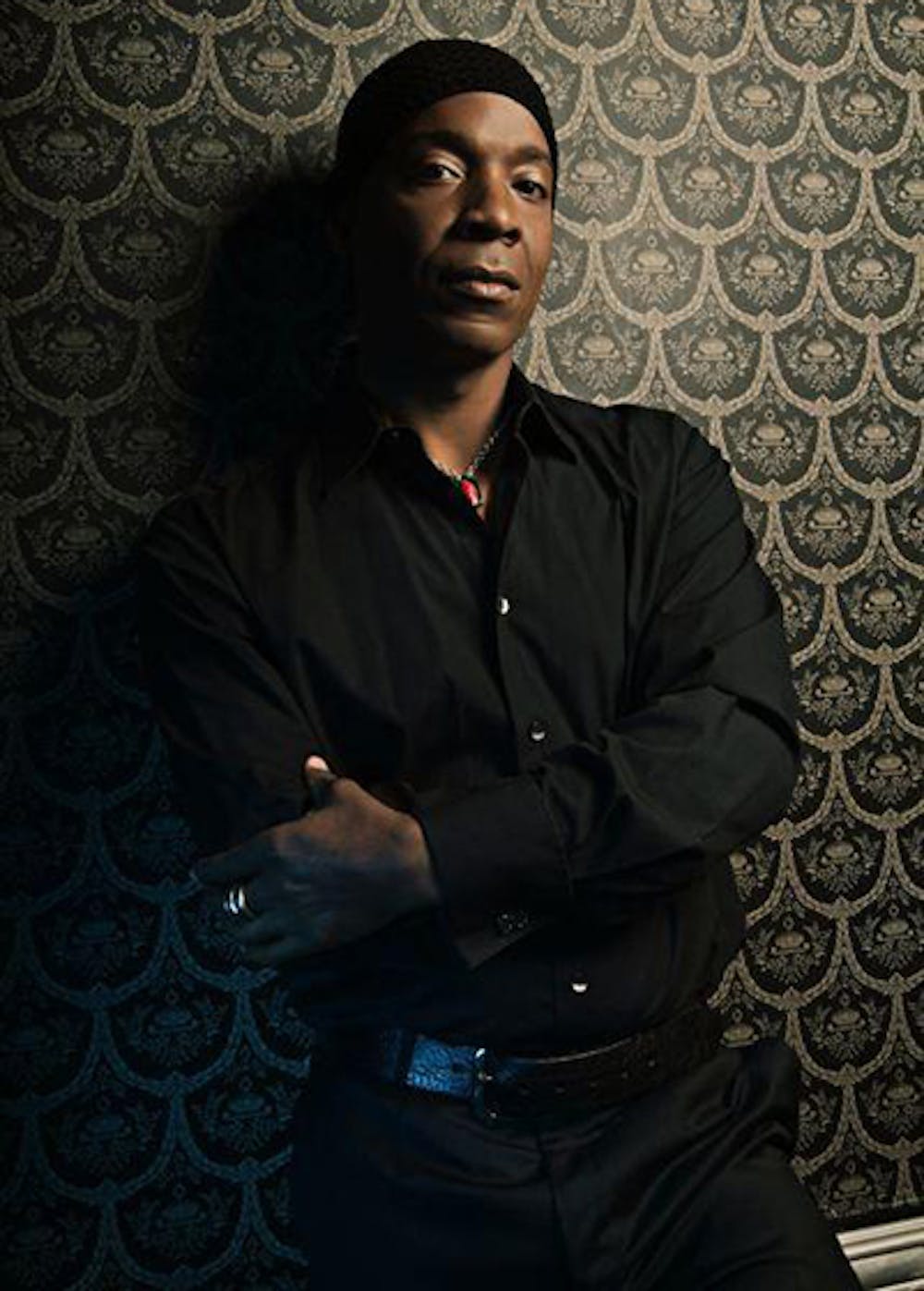 Follow Marques Wyatt to get alerts about upcoming events and special deals!

International DJ and producer Marques Wyatt is an influential messenger of the deepest, most soulful kind of house music.

Without further ado, here are Marques Wyatt top 10 tracks of all time:

1. For Those Who Like to Get Down - Soul Clap Remix

2. For Those Who Like to Get Down - Deep Sunday Retro Vibe Remix

3. It's You, It's Me - Marques Wyatt's Deep Interpretation Remix

7. For Those Who Like to Get Down - Soul Clap Acid Smoothout Remix

10. They Forgot It - Marques & Todd Takin It There Mix

International DJ and producer Marques Wyatt is an influential messenger of the deepest, most soulful kind of house music. Beneath his relaxed, spiritual and unknowingly suave persona, therein lies a man partially responsible for giving birth to the West Coast house scene by bringing the fresh sounds of New York (a la Frankie Knuckles, Tony Humphries and Larry Levan) to Los Angeles beginning in the mid '80s. Carefully pointing out that he has "always had a deep passion for music," you know that his adoration of house has been a gateway into the lives of thousands and thousands of people. Over the years promoting and playing an enormous amount of parties including BBC, Brass, MAC's Garage, Does Your Mama Know? and currently LA's biggest house club DEEP, Marques has changed the face of Southern California nightclubbing and the presentation of its music, sound and scene.

Today, he spends much of his time taking the sounds that emanate from his soul around the world, or laying them down in the studio in remixes and original compositions. Yet, he always returns to the club scene in his hometown of Los Angeles. He grew up in a loving, musical family that exposed him to everything from unique Afro rhythm sounds, jazz and soul to psychedelic rock. As a DJ he draws on a little bit of all these influences in silky smooth sets that never fail to be a buoyant celebration of life.
You will find the latest incarnation of his sound on a new mix album, Horizons, on OM Records. The album's name symbolizes a new horizon … new day, new hope experienced through the healing powers of music. "What makes it stand out from my other mixes," explains Marques, "is the ethnic feel of it and the encouragement to understand the direct connection of music and spirituality. What I tried to create on this mix is a spiritual and cultural journey in which every track enlightens your soul through the presentation." No doubt, Horizons will stand as one of the most inspirational mixes of the year.

To know how Marques came to this place, one must look into his personal history as a DJ. It all started with a pilgrimage to NYC in 1984, which infinitely shaped his musical style. It was in the city's underground clubs that he heard music he never knew existed - house music. Although never losing track of the frequency within his own soul, Marques returned to the West Coast to begin his life's work of seamlessly combining melody, groove and a 4/4 beat with his own graceful essence and deep understanding of many musical genres. "From that point on," he explains, "I was on a mission to bring that music to the scene in Los Angeles."

Soon he was offered the DJ spot at the well-known celebrity haunt, Helena's, where a jet set crowd (Madonna, Prince, Jack Nicholson) came to socialize and groove to the soulful house sets he had perfected. From Helena's came other clubs where Marques could play his music like Water The Bush and LA's first alcohol-free dance club, MAC's Garage where live house acts and DJs like David Morales would go off. "It was such a phenomena," remembers Marques, "every Friday everyone would end up there, and it was one of the first clubs in LA where crowds would make noise on the song breaks. It was such an amazing scene!" Residencies in San Francisco followed as a dawning of house music emerged in Southern California with Marques Wyatt at the forefront. His club, Brass (1990), a Sunday night affair that ran for five years, was launched. It introduced groundbreaking soul/jazz artists like Brand New Heavies, Digable Planets, and Jamiroquai to Los Angeles. On a roll, Marques was now running a Monday nightclub (Max's), Friday nights at Prague, and a Saturday monthly called Candelabra. For Prague's closing night, Marques was the first person to bring New York legend "Little" Louie Vega to the West Coast in 1994. In turn, Marques flew east to open for Louie's main room at the legendary Sound Factory Bar and Giant Step. Through Candelabra he hooked up with Tony Largo with whom he launched LA's seminal sever-year running Does Your Mama Know? (1992). At that time, he was also playing the Saturday night hot spot High Society.

Currently, Marques' club DEEP is an institution. It was born in the intimacy of the Sunset Strip's Viper Room, but it was immediately obvious that demand outstripped capacity, and a new location was quickly found that could accommodate those who like to get down. "What happens at DEEP is real," explains Marques. "The meshing of different kinds of people, the family atmosphere is something you cannot buy." Today, DEEP stands as a sanctuary of sound, dance and good times for faithful revelers to see the best in dance music from luminaries like Louie Vega, Mark Farina, Miguel Migs, Timmy Regisford, King Britt and Joe Claussell to up and coming West Coast talent. Once a month, DEEP's own maestro himself commands the decks all night to satisfy the Wyatt faithful.

When not traveling or promoting DEEP in Los Angeles, Marques dedicates his time to writing, producing, remixing and recording top tunes for his own mix albums and a forthcoming artist album, as well as working on projects for other artists. His massive single, "For Those Who Like To Get Down" released by OM Records, became a signature tune all over the world, showcasing his talent as an artist, writer and producer. 2000 brought with it his mixed album, Sound Design, Vol 1, followed by For Those Who Like To Get Down (the album w/ the aforementioned standout track included) in 2002, both on OM Records.

His remixes for Afro Mystik ("Rhythm Is"), Joel ("Won't Take No" on Electric Monkey), King Britt ("Superstar"), Smitty & Davenport, feat. Kandace ("Spend The Night"), Kaskade ("It's You, It's Me"), Andy Caldwell, feat. Omega ("I Can't Wait" on UK's Inspirit Music), Kim English ("Learn To Love"), Eddie Amador ("House Music") are just a few of the gems you hear being thrown down in sets around the globe. Yet Marques' biggest success in 2003 came with DEEP: Where House Lives, a mixed album released on the United DJ's of America series from Mixer/DMC.

No matter what he is doing, Marques Wyatt possesses an unshakable sense of purpose and style, not only in his music, but also in everything and everyone he meets. His soulful grace is unmatched in dance culture. This alone makes him one to watch in 2004. It is this soul, style, integrity, commitment, consistency, modesty and delivery (with his unassuming nature and talent) that belies a determined resolve dedicated to musical celebration. Marques has delivered on the promise over the course of countless good times, and in doing so has become a global ambassador to packed dance floors all across the planet.