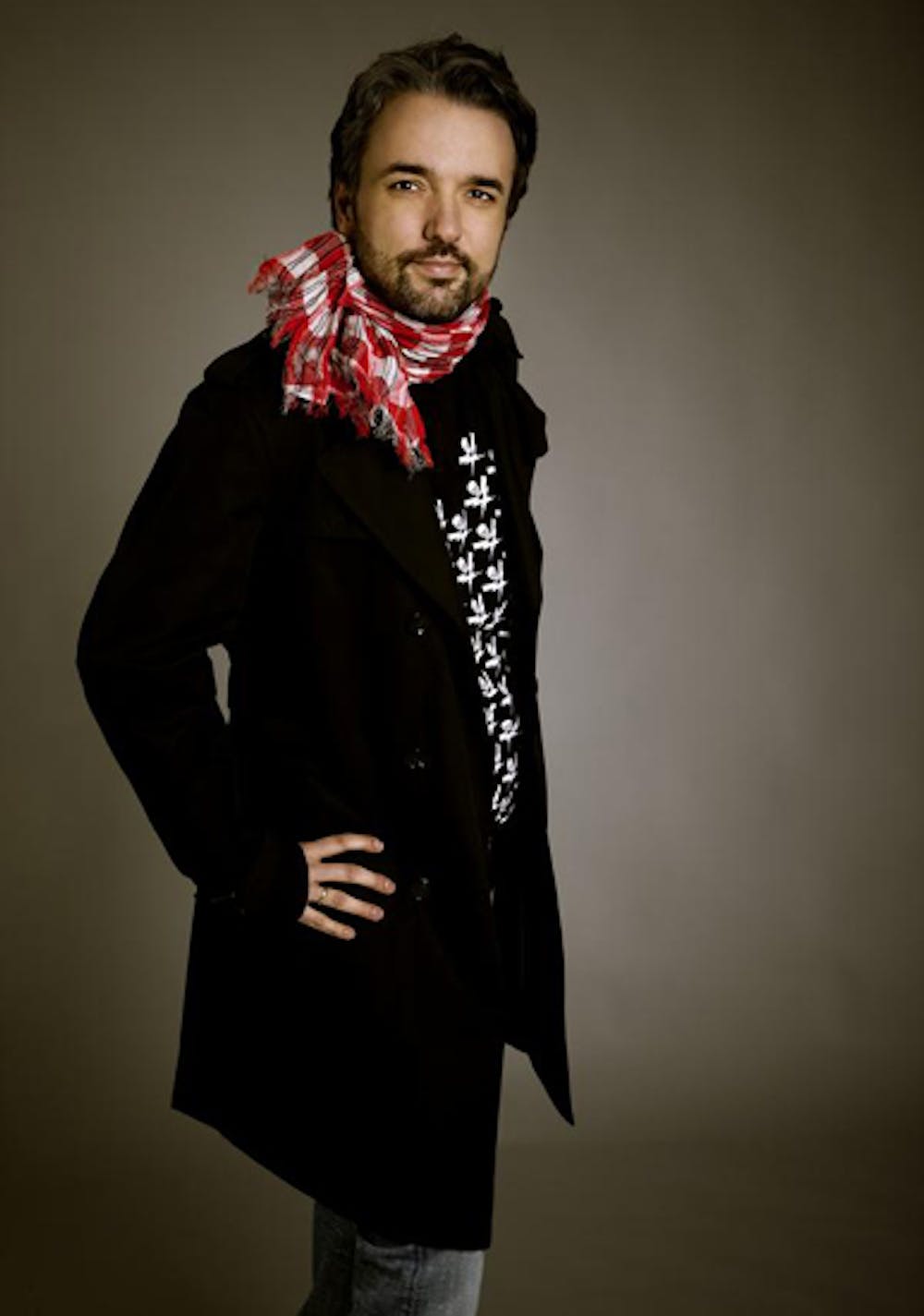 Follow Marc Romboy to get alerts about upcoming events and special deals!

Marc Romboy has performed in venues such as: De Marktkantine, Faust, Spin

Without further ado, here are Marc Romboy top 10 tracks of all time:

Electronic music with a certain break dance appeal - reminiscent of old school Chicago dance floor insanity - is Marc Romboy’s true passion. Working in dance music for over a decade, Romboy has co-founded and built internationally respected dance-music labels and projects, never tiring of coming up with fresh and innovative ideas to push the limits of electronic sounds. At aged five, Romboy was listening to The Rolling Stones, Jimi Hendrix and Pink Floyd via his parents record collection, at eight he bought his first record ‘The Robots’ by fellow Düsseldorf inhabitants Kraftwerk (“I’ll never forget singing it to our local record dealer, trying to find what it was”). And, at aged ten, Romboy was djing. “I first began to spin records more or less when I was ten. I didn’t know that you called it djing, but I was always keen to play music at the parties of my friends or in my school class.” Romboy first discovered dance music in the mid 80s via the ‘strange’ Chicago sound that became apparent around him. “I didn't exactly know the background and roots of this music, but was really flashed when I heard Steve Silk Hurley’s ‘Jack Your Body’ for the first time. I thought this was music from a different universe.” In 1992 - whilst studying human medicine - fascinated by the early techno and house records on R&S, Plus 8 and Underground Resistance, Romboy decided to begin producing himself. Along with his friend Klaus Derichs, he bought an Akai sampler, the Roland TB 303 bass line machine and a mixing desk: “We spent our very last money and produced some freaky underground records for labels like See Saw, Adam & Eve and Rising High. When the musical success began I stopped studying.”

In 1994, Romboy and Klaus Derichs founded their own label ‘Le Petit Prince’. The label quickly became one of Germany’s most popularunderground outputs, with Groove magazine charting it as the second most popular label in 1995. It went on to release tracks from Microwave Prince, Emmanuel Top, Thomas P. Heckmann and Phuture until its demise in 2000. Around the same time as he formed Le Petit Prince, Romboy also began djing, frequently playing at the techno parties in around his hometown of Düsseldorf and making his festival debut at the Tribal Gathering in Munich in 1994 (“One of the first great parties I played”). Now, Romboy regularly travels around the globe at clubs including The Rex in Paris, The End in London, Watergate and Weekend in Berlin, F.U.S.E. in Brussels, Cocorico in Italy and Cocoon and Monza in Frankfurt. “Basically I love to dj all over the globe because I like the way that everybody understands and lives the same language, the universal language of techno or house music.” Romboy began his second label Systematic in 2004, with the first release ‘Every Day In My Life’ produced by Romboy and Booka Shade. Romboy then went on to collaborate with people like John Dahlbäck, Chelonis R. Jones, Jence from Digitalism and Zoo Brazil for the label, whilst also releasing EPs from Robert Owens, Blake Baxter, Stephan Bodzin, Gui Boratto, Spirit Catcher and Dusty Kid. Romboy also released his debut artist album ‘Gemini’ on the label in 2006 to great critical acclaim. Through both his solo releases and his collaborations, Romboy has also released on labels including Ovum, Simple, Brique Rouge, Superstition, 20:20 Vision and more. A regular collaboration is that with Romboy and Stephan Bodzin, the two have released records together on Systematic, 20:20 Vision and Bodzin’s own imprint Herzblut, with ‘Atlas’ and ‘Callisto’, being two of their biggest releases so far. “All my other collaborations have been done with singers as I love to include the soul caused by the voice in electronic music; it’s definately my style and passion, soulful techno and house.”

In june 2008 Romboy released his second artist album on Systematic called ‘Contrast’, produced in cooperation with his friends and studio mates 45 Rocks. The album brings forth vocal collaborations with artists including Chelonis R. Jones, Blake Baxter and Mr. K-Alexi from Chicago. “I have chosen the name ‘Contrast’ because I read a scientific report where they said that human beings need contrasts to be happy, and now it’s a part of my life philosophy. Apart from this I really think that the tracks on the album are pretty different too. When you listen to ‘Sonora’ and afterwards to ‘Elif’ it is a high contrast. But I like it and I hate to repeat myself and that’s why I always have to produce new things and ideas so that it’s hard to put me in one category.” In 2009 new goals are on the agenda of Marc Romboy: “This year I want to have my focus on playing a lot of different shows around the world. We are planning tours in Australia, North America and Europe and we are finally launching our own weekly radio show called ‘Systematic Sessions’ which is going to be broadcasted around the world. Besides this I’m happy to have mixed the ‘Essential Mix’ on BBC Radio One in march 2009, a great occasion to represent high quality tech house to a huge audience.” (written by Kim Booth)

No upcoming events with Marc Romboy