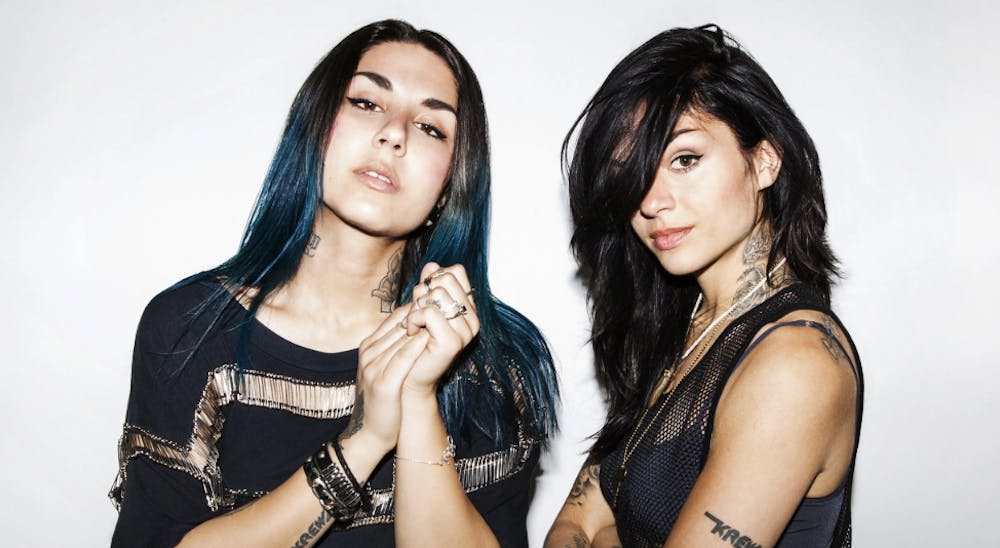 Follow Krewella to get alerts about upcoming events and special deals!

Krewella is an electronic dance duo from Chicago, Illinois consisting of sisters Jahan and Yasmine Yousaf.

Krewella has played in major festivals like Project Glow, Tomorrowland

Without further ado, here are Krewella top 10 tracks of all time:

6. Love Song to the Earth

Krewella is an electronic dance duo from Chicago, Illinois consisting of sisters Jahan and Yasmine Yousaf. They burst onto the scene in 2011 and were immediately recognized for their signature brand of vocally-driven electronic music. Soon after debuting their self-produced and self-released, chart-topping and critically-acclaimed Play Hard EP in June 2012, their progressive house anthem, "Alive" was surging through radio stations leading to a PLATINUM CERTIFICATION. The group followed up with their debut album Get Wet in September 2013, which debuted at #8 on the Billboard Top 200. They have become world re-knowned for their infectious live energy, which has led them to headline some of the biggest festivals in the world including Coachella, Electric Daisy Carnival, Lollapalooza and Tomorrowland. They bring the rock to the rave. Always pushing boundaries, they are known for fusing elements of rock, pop and dance into a powerful electropunk hybrid that is known as the Krewella sound.

No upcoming events with Krewella