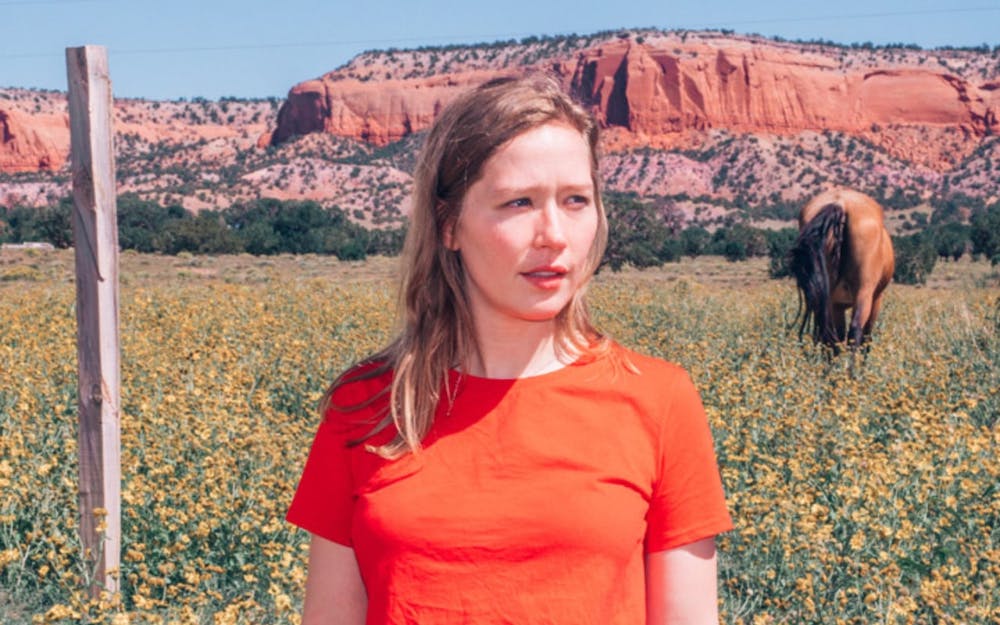 Follow Julia Jacklin to get alerts about upcoming events and special deals!

Julia Jacklin has played in major festivals like Outside Lands, This Ain't No Picnic

Julia Jacklin has upcoming events in The Opera House

Without further ado, here are Julia Jacklin top 10 tracks of all time:

2. Don't Know How To Keep Loving You

3. to Perth, before the border closes

10. Be Careful With Yourself

The second full-length album from Australian singer/songwriter Julia Jacklin, Crushing embodies every possible meaning of its title word. It's an album formed from sheer intensity of feeling, an in-the-moment narrative of heartbreak and infatuation. And with her storytelling centered on bodies and crossed boundaries and smothering closeness, Crushing reveals how our physical experience of the world shapes and sometimes distorts our inner lives.

"This album came from spending two years touring and being in a relationship, and feeling like I never had any space of my own," says the Melbourne-based artist. "For a long time I felt like my head was full of fear and my body was just this functional thing that carried me from point A to B, and writing these songs was like rejoining the two."

The follow-up to her 2016 debut Don't Let the Kids Win, Crushing finds Jacklin continually acknowledging what's expected of her, then gracefully rejecting those expectations. As a result, the album invites self-examination and a possible shift in the listener's way of getting around the world -- an effect that has everything to do with Jacklin's openness about her own experience.

"I used to be so worried about seeming demanding that I'd put up with anything, which I think is common -- you want to be chill and cool, but it ends up taking so much of your emotional energy," says Jacklin. "Now I've gotten used to calling out things I'm not okay with, instead of just burying my feelings to make it easier on everyone. I've realized that in order to keep the peace, you have to speak up for yourself and say what you really want."

Produced by Burke Reid (Courtney Barnett, The Drones) and recorded at The Grove Studios (a bushland hideaway built by INXS' Garry Gary Beers), Crushing sets Jacklin's understated defiance against a raw yet luminous sonic backdrop. "In all the songs, you can hear every sound from every instrument; you can hear my throat and hear me breathing," she says. "It was really important to me that you can hear everything for the whole record, without any studio tricks getting in the way."

On the album-opening lead single "Body," Jacklin proves the power of that approach, turning out a mesmerizing vocal performance even as she slips into the slightest murmur. A starkly composed portrait of a breakup, the song bears an often-bracing intimacy, a sense that you're right in the room with Jacklin as she lays her heart out. And as "Body" wanders and drifts, Jacklin establishes Crushing as an album that exists entirely on its own time, a work that's willfully unhurried.

From there, Crushing shifts into the slow-building urgency of "Head Alone," a pointed and electrifying anthem of refusal (sample lyric: " I don't want to be touched all the time/I raised my body up to be mine"). "As a woman, in my case as a touring musician, the way you're touched is different from your male bandmates -- by strangers and by those close to you," notes Jacklin. On the full-tilt, harmony-spiked "Pressure to Party," she pushes toward another form of emotional freedom. "When you come out of a relationship, there's so much pressure to act a certain way," says Jacklin. "First it's like, 'Oh, you've gotta take some time for yourself.'..but then if you take too much time it's, 'You've gotta get back out there!' That song is just my three-minute scream, saying I'm going to do what I need to do, when I need to do it." Crushing also shows Jacklin's autonomy on songs like "Convention," an eye-rolling dismissal of unsolicited advice, presented in elegantly sardonic lyrics ("I can tell you won't sleep well, if you don't teach me how to do it right").

Elsewhere on Crushing, Jacklin brings her exacting reflection to songs on loss. With its transportive harmonies and slow-burning guitar solo, "Don't Know How to Keep Loving You" ponders the heartache in fading affection (" I want your mother to stay friends with mine/I want this feeling to pass in time"). Meanwhile, on "Turn Me Down" -- an idiosyncratically arranged track embedded with hypnotic guitar tones -- Jacklin gives an exquisitely painful glimpse at unrequited devotion ("He took my hand, said I see a bright future/I'm just not sure that you're in it"). "That song destroyed me in the studio," says Jacklin of "Turn Me Down," whose middle section contains a particularly devastating vocal performance. "I remember lying on the floor in a total state between what felt like endless takes, and if you listen it kind of sounds like I'm losing my mind." And on "When the Family Flies In," Jacklin shares her first ever piano-driven piece, a beautifully muted elegy for the same friend to whom she dedicated Don't Let the Kids Win. " There are really no words to do justice to what it feels like to lose a friend," says Jacklin. "It felt a bit cheap to even try to write a song about it, but this one came out on tour and it finally felt okay to record.

Despite its complexity, Crushing unfolds with an ease that echoes Jacklin's newfound self-reliance as an artist. Originally from the Blue Mountains, she grew up on her parents' Billy Bragg and Doris Day records and sang in musicals as a child, then started writing her own songs in her early 20s. "With the first album I was so nervous and didn't quite see myself as a musician yet, but after touring for two years, I've come to feel like I deserve to be in that space," she says.

Throughout Crushing, that sense of confidence manifests in one of the most essential elements of the album: the captivating strength of Jacklin's lyrics. Not only proof of her ingenuity and artistic generosity, Jacklin's uncompromising specificity and infinitely unpredictable turns of phrase ultimately spring from a certain self-possession in the songwriting process.

"As I was making this album there was sort of a slow loosening of pressure on myself," Jacklin says. "There've been some big life changes for me over the last few years, and I just found it too tiring to try to cover things up with a lot of metaphors and word trickery. I just wanted to lay it all out there and trust that, especially at such a tense moment in time, other people might want to hear a little vulnerability."