Upcoming Events at The Orange Peel 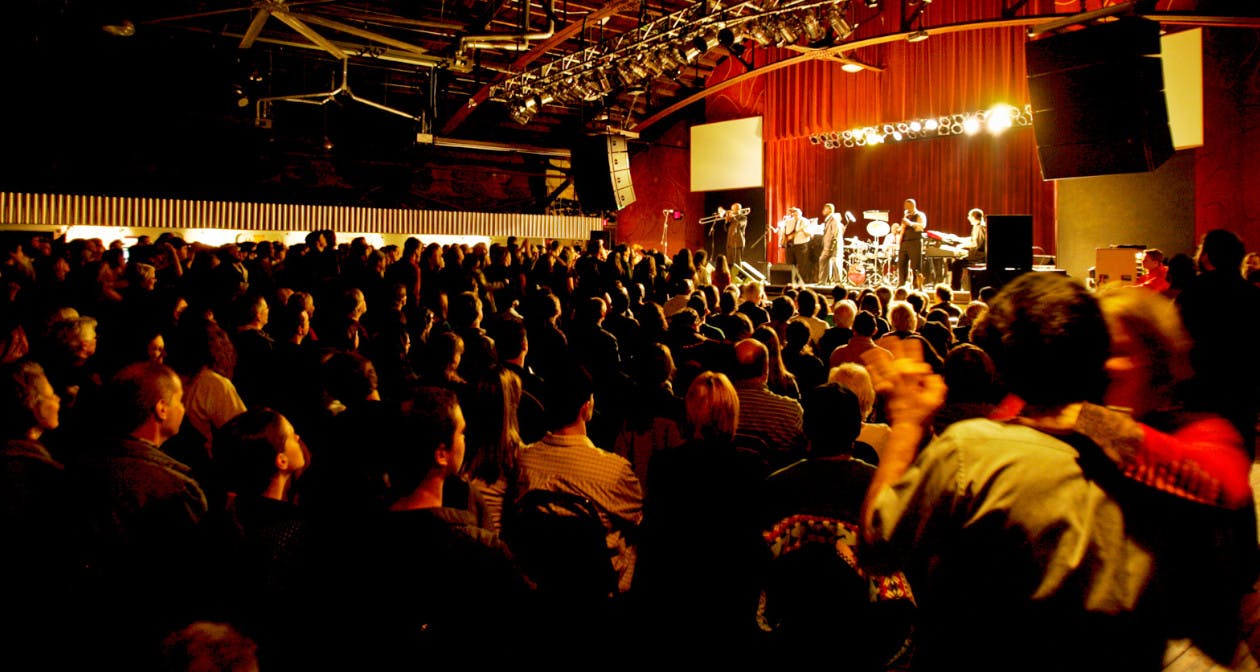 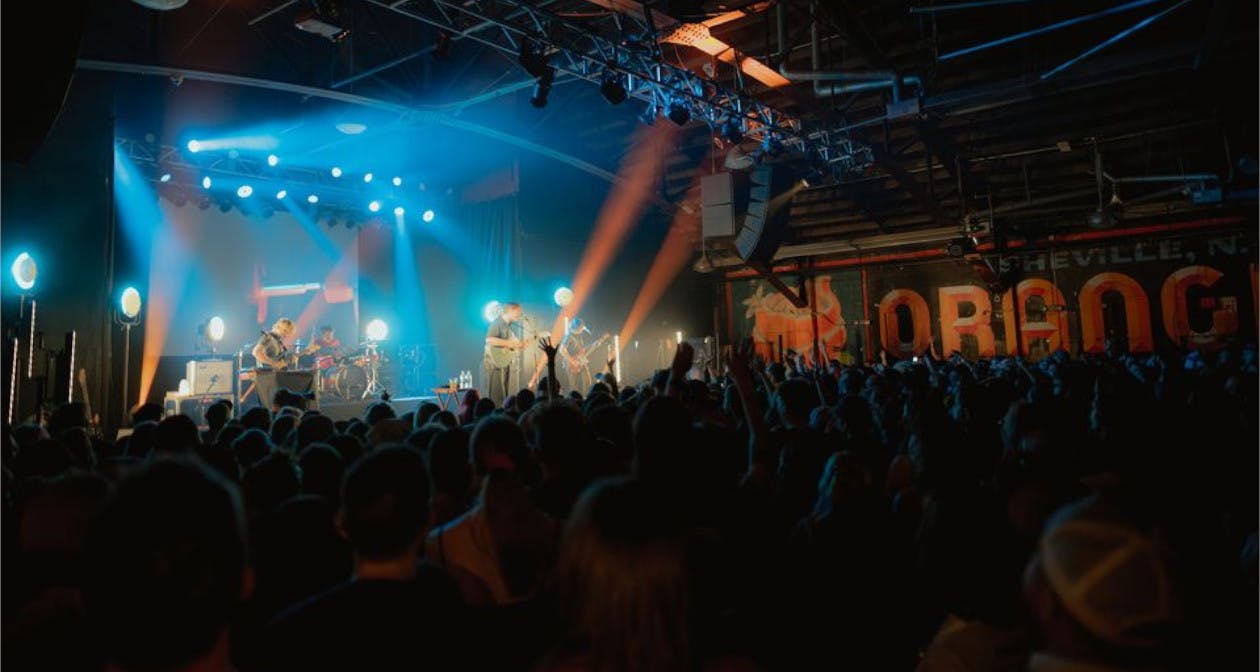 The Orange Peel is one of the Southeast’s preeminent concert venues. The club features state-of-the-art sound and lighting equipment rarely found in a club of its size. The smoke-free facility has a beautiful interior, creating a fabulous setting for enjoying the premier musicians who perform here.

The building on the corner of Biltmore and Hilliard Avenue holds many fond memories for the people of Asheville. From 1950 to 1962, Skateland Rollerdome was the place to be on Saturday night and hosted many birthday parties for children of Asheville. The downtown skating rink proved to be the perfect place for kids to have fun while moms and dads shopped in the department stores that once dominated the downtown landscape. Later, the building housed a series of R & B and soul clubs. Coincidentally, most of those clubs had colors in their names: jade, emerald, and orange. The Orange Peel was the best known of these establishments and had a reputation throughout Western North Carolina as the hottest nightclub around. Artists such as The Commodores and The Bar-Kays appeared on the carpeted, three-tiered stage, and when live music was not available, recorded disco and funk blared from the elevated DJ booth, which featured DJs from one of the few black owned radio stations in the country, WBMU-FM. The Orange Peel was the last club to occupy the location before it became vacant for many years. After a stint as an auto parts warehouse, The Orange Peel was reborn, thanks to Julian Price’s downtown redevelopment company, Public Interest Projects.

In its first three years as a music club, The Orange Peel was recognized as one of the best live music venues in the nation. Featured and highlighted in USA Today, Travel and Leisure Magazine, Southern Living Magazine, Turner South Cable Network, Rolling Stone Magazine, Self Magazine, Cosmopolitan, and most recently, in the May 2011 issue of GQ. The club is known for presenting up and coming new talent as well as showcasing legendary performers.

In 2008, Rolling Stone Magazine named the Orange Peel one of the top 5 rock clubs in the nation.

The Orange Peel underwent an expansion in late 2009 to bring its capacity to 1,100 standing, as well as to add a smoking deck on the north side of the venue and a new 75-person private club on the lower level, called PULP. PULP features a funky retro atmosphere with rotating local art displays on its walls, a full bar, and a high definition TV showing a live feed of shows as they happen upstairs on the main stage. It is open during all show nights, and also for solo and acoustic performances during dark nights upstairs.

By hosting not only concerts, but also benefits, galas, birthday parties, weddings, and even memorial services, 101 Biltmore Avenue has once again become a well-known address in Asheville. Ironically, The Orange Peel of the 1970’s billed itself as “The Original Orange Peel,” perhaps imagining a future for “The New and Improved Orange Peel“.