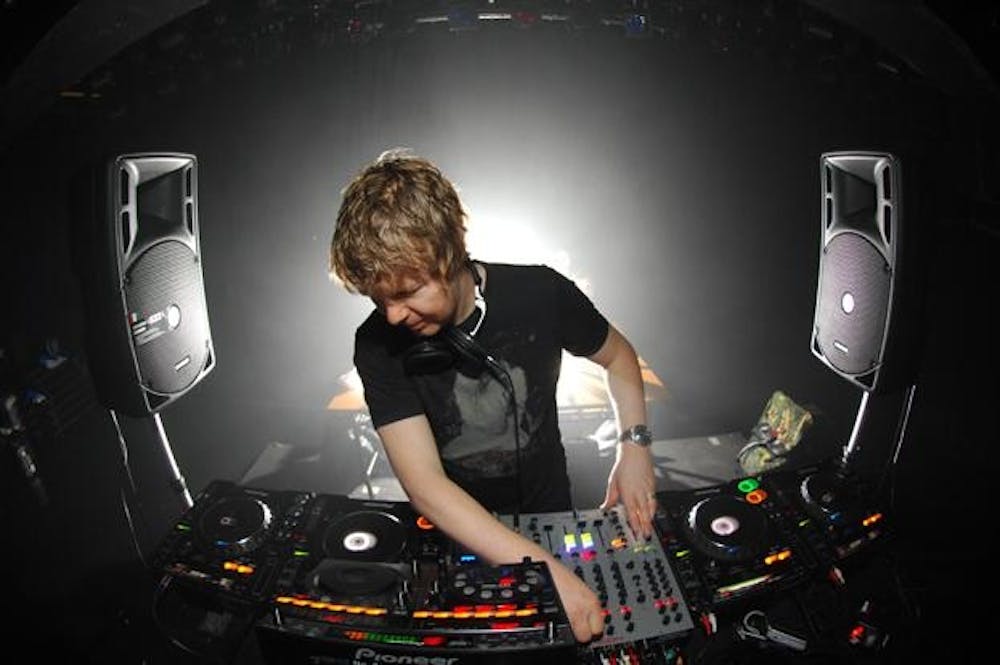 Follow John Digweed to get alerts about upcoming events and special deals!

If you’re not an avid follower of dance music but are tuned into popular culture at all, you’ve likely experienced music touched by the hands of John Digweed.

Without further ado, here are John Digweed top 10 tracks of all time:

If you’re not an avid follower of dance music but are tuned into popular culture at all, you’ve likely experienced music touched by the hands of John Digweed. Originally hailing from England, but having clearly arrived on the global scene over a decade ago, John has long since cemented his name in the pages of dance music history. His list of achievements is groundbreaking, to say the least. Highlights of which would be the first proper DJ mix compilation (“Renaissance”, done with Sasha); being the first British DJ to hold a residency at what was then the world’s most well known club in NYC (Twilo, also with Sasha); as well as having remixed music by Danny Tenaglia, Underworld, Quincy Jones and New Order. John Digweed is a DJ's DJ. The beauty of what he does lies in just how different he really is from his contemporaries. From his early beginnings in Hastings, England at the age of 15 in the blossoming scene of acid house to the apex of the international DJing world, he has created and maintained a level of integrity that is the benchmark for both DJ’s and producers globally. In fact, he has reached the very top of his profession, being voted #1 in a voter's poll by DJ magazine in 2001.

John Digweed has become the people’s choice while maintaining his longstanding presence in underground dance culture. His popularity as both a DJ and a person seems to have no limits, but his efforts transcend DJing alone, for he is as much a producer and promoter. His moniker “Bedrock” is actually three things: a record label, a promotions company and a studio production partnership with Nick Muir. His management and creative direction for the Bedrock record label has helped launch the careers of Danny Howells, Jimmy Van M, Chris Fortier, and Phil Thompson (Moonface). He has had the vision and creative insight to seek out mixes and remixes from artists as varied as Rui Da Silva, POB and The Freelance Icebreakers. To have a record released on Bedrock serves as the global stamp of production quality, ingenuity and integrity for underground producers worldwide.

In fact, the name John Digweed is synonymous with those very qualities. From the nights he has either created or been a part of (Bedrock, Northern Exposure, Renaissance) to his world-renowned mix CD's (Renaissance, Global Underground, Northern Exposure, Communicate, MMII and Bedrock), he has consistently produced characteristic products that stay in demand, himself included. Even with all of his global traveling, he has still been able to hold down two monthly Bedrock residencies. As one half of Bedrock, the production duo, he has landed two tracks in the top 40 (“Heaven Scent” and “For What You Dream Of”), the latter of which made it into the hit movie “Trainspotting”. He has even tried a bit of acting himself ("Groove"). He and Nick Muir, as Bedrock the production team, also recently scored a Hollywood film (“Stark Raving Mad”) as well as the animated series “Spider-Man” for MTV. He’s been busy on three recent tours (Delta Heavy and Area 2 (with David Bowie and Moby) in the U.S., and a twenty date Bedrock/Nokia University tour of the UK). A massive one-off event called the Big Beach Boutique in Brighton had him gladly performing alongside Fatboy Slim to 250,000 of his fans and neighbors. His Kiss100 radio show is quickly coming up on it’s fourth year as one of the most successful dance music shows in all of England, with internet broadcasts around the world. It has achieved a near cult status, with listeners trading CD’s and mp3’s of the various broadcasts across the internet. John shares his platform weekly by bringing in a variety of worldwide guest DJ’s.

As a person, John's lack of pretense is complimented by imagination and invention. For this reason, John has consistently been one of the most respected, analyzed and imitated DJ's in the world. His DJ sets are both solid and durable with unyielding precision. His DJ'ing and production sound has practically become its own genre. He generates an aura of self-explanatory excitement and enthusiasm. His sets are often filled with moodiness and musical mystery but held down with a punchy distinctiveness and earthly rhythm. Always emanating a sense of boundlessness, he overlaps dream events that spill into reality with an enormous certainty.