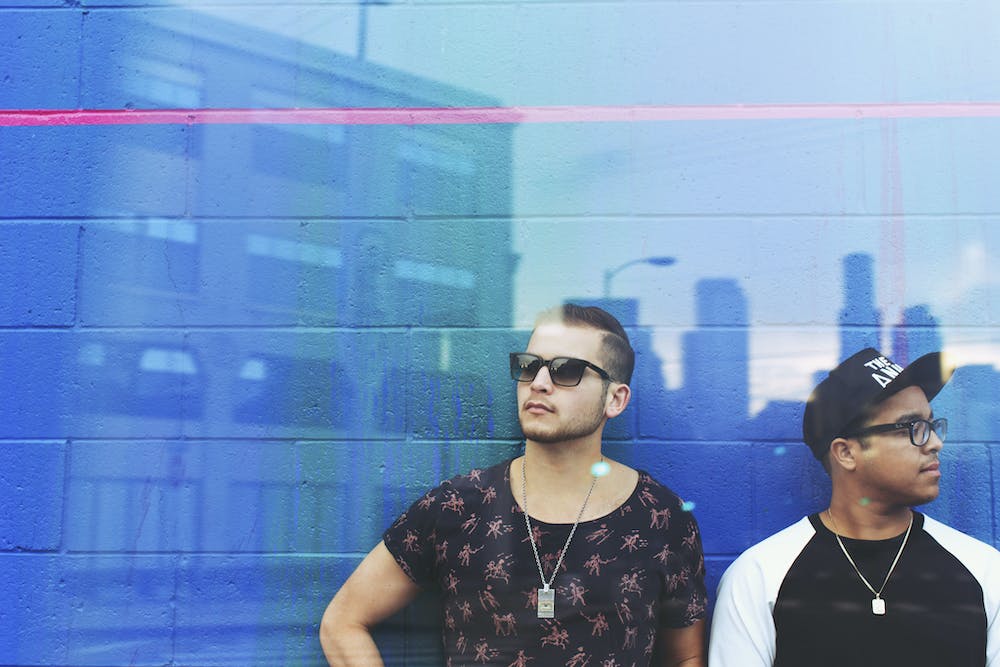 Follow GTA (Good Times Ahead) to get alerts about upcoming events and special deals!

Thirty push-ups and a shot of tequila each: that’s all the preparation Julio Mejia and Matt Toth need to throw down a killer set, to turn from laid-back, unassuming 24-year-olds into the scene-stealing DJ and production duo GTA. While their warm-ups are routine, Mejia and Toth’s performances are anything but.

GTA (Good Times Ahead) has upcoming events in The Church

Without further ado, here are GTA (Good Times Ahead) top 10 tracks of all time:

9. Listen to Your Heart

Thirty push-ups and a shot of tequila each: that’s all the preparation Julio Mejia and Matt Toth need to throw down a killer set, to turn from laid-back, unassuming 24-year-olds into the scene-stealing DJ and production duo GTA.

While their warm-ups are routine, Mejia and Toth’s performances are anything but. GTA sets are musical joyrides with the guys at the wheel, as they speed from trap and hip-hop into booming electro, take unexpected detours with rock and R&B, and screech to a halt for

massive bass drops. Despite GTA’s wild, unpredictable sets, everything the duo does – both on stage and in the studio – is unified by a simple mission statement: death to genres.

“A lot of people argue about the kind of music they listen to, what’s cool and what’s not,” Mejia explains. “But for us, it’s just about good music.”

The duo’s open-mindedness is closely tied to their Miami roots, as they were exposed urban, electronic rock and Latin sounds in equal measure. “Our friends were into everything,” Toth says. “That’s how we grew up.” They also got early starts in making their own music; Mejia played trumpet in middle school – he was part of a salsa band for a time – and later learned drums and guitar, and Toth taught himself to play guitar before attending audio engineering school.

Slowly but surely, though, the guys found their way into Miami’s dance scene. Toth attended Ultra Music Festival for the first time in 2008 and Mejia scored a job working in the festival’s Carl Cox tent the following year. They also began to experiment with production and DJing. Matt had started as a solo act, Van Toth, catering to the Miami scene with Latinflavored tech house. Meanwhile, under the moniker JWLS, Mejia gained online notoriety with his trap and moombahton bootlegs. A mutual Facebook friend thought the two would hit it off, and made a virtual introduction in February 2010.

The guys had exchanged some messages and music online when Toth called Mejia for a spur-of-the-moment hangout. They connected instantly thanks to an unlikely shared interest: When Toth picked him up, Mejia remembers, “he turned on a System of a Down CD. He knew every song, I knew every song. That was how we became friends.”

The next day, they became production partners, too. “We tried working together,” Mejia says of their first studio session, “and it just worked.” They finished their first collaboration in a single sitting, and sent it off to a few labels for feedback. Much to their surprise, Toth and Mejia heard directly from Afrojack who wanted to sign the song to his Wall Recordings imprint. “We got the email and we freaked out,” Mejia says. “It was literally a month after we met. That’s how GTA got started. And ever since then it’s just been constant.”

“Constant” is putting it lightly. In their three years as GTA, Mejia and Toth have kept the releases flowing while also touring nearly nonstop. They’ve released cult-favorite tracks on some of the dance world’s biggest labels – Diplo’s Mad Decent, A-Trak’s Fool’s Gold Records, Tiesto’s Musical Freedom and Calvin Harris’ Fly Eye, for starters – and have done remixes for artists ranging from Kylie Minogue to deadmau5. Meanwhile, the guys have hit the road with Rihanna, opening for her 2013 Diamonds World Tour and ended the year with a bang as part of Calvin Harris and Tiesto’s Greater Than Tour.

As they’ve promoted their genre-free ethos, Toth and Mejia have become bona fide tastemakers to fans and fellow artists alike, proving that “dance music” is best defined as whatever makes you move. GTA’s all-inclusive style is best exemplified in their “Death To Genres” mixes, which resist classification and instead go for maximum energy.

Now, the guys are prepping a barrage of new releases as part of a freshly-inked deal with Three Six Zero Music and Warner Bros Records. In true “death to genres” style, Toth says of the releases, “we have a little bit of everything, and we definitely won’t hold anything back.”

GTA’s first single under the deal – the Juyen Sebulba collaboration “Hard House” – is an ideal taste of what’s to come. It is one of the duo’s most defiantly anti-genre tracks to date, and purposefully so. Mejia says, “We knew the first thing had to be in your face.”

Whether you prefer to say the powerhouse duo is killing genres or creating their own, one thing is clear: GTA is on a bold musical mission, and they’re taking us along for the ride.