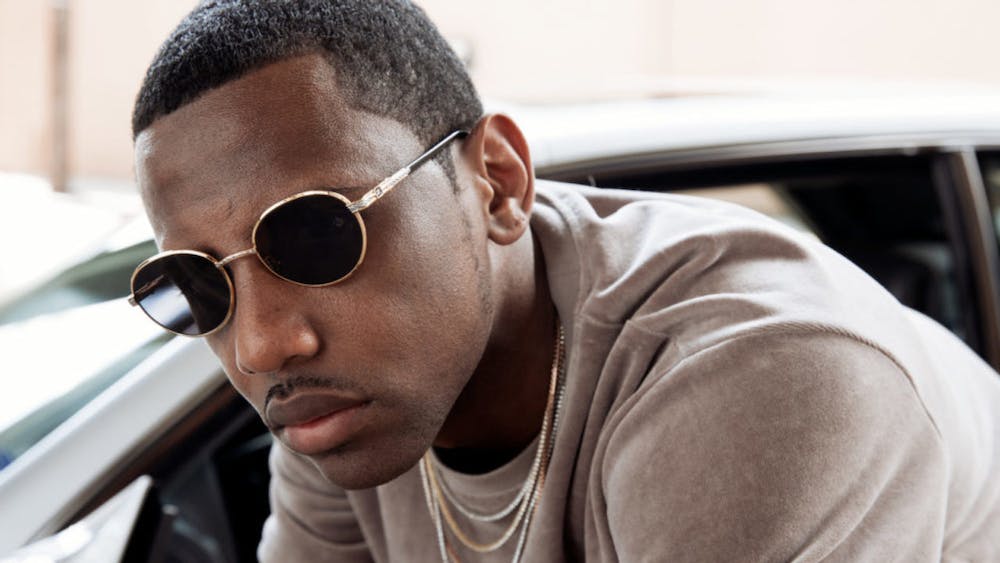 Follow Fabolous to get alerts about upcoming events and special deals!

Not just one of those 'bling bling' rappers with nothing but fame, Fabolous proves that one needs to have a solid physical evidence that shows he's worth it.

Without further ado, here are Fabolous top 10 tracks of all time:

Not just one of those 'bling bling' rappers with nothing but fame, Fabolous proves that one needs to have a solid physical evidence that shows he's worth it. The rapper owns a record that speaks for itself. 'From Nothin' to Somethin'' breaks the cycle that has been haunting his chart record for years. If previously his albums were always stuck at #4 in Billboard 200 chart, the fourth set won't take a step ahead but two at a time by sitting at #2 through a total sale of 159,000 copies. His second single from the album 'Makes Me Better' featuring Ne-Yo even climbed up to #10 after debuting at #96 and bubbling under top 10 list. True to his hard working nature, Fabolous has more to offer in the coming year. His fifth album that is tentatively titled 'Loso's Way' is worked on under the production of hip-hop icons Jonathan Rotem and Eminem. It's definitely hard not to keep a constant stream of your lovable work when you're Fabolous.

Although achieving a wide media exposure, not much is known about his personal life particularly because he's very secretive about it. Like a lot of rising R&B crooners, Fabolous censors his ...

off-stage persona and prefers people to focus on his music. "This is off the record," as he would often says in interviews. The only thing successfully dug out of him was the fact that he was born on November 18, 1977 in Brooklyn, New York under the birth name John Jackson. Regarding his love life, he claimed to be in a long time relationship that has begun since 2005. And that's already off limit.

While many wonder where does this new Hip-Hop crooner pop out from, Fabolous spilled a short episode before he was catapulted to stardom through single 'Can't Deny It'. Back in 1998, Fab met DJ Clue who made the right decision in trusting his talent. Under the moniker Fabolous Sport, the young singer released a single 'If They Want It' that was included in the album 'DJ Clue? The Professional'. That would be his first time tasting recording experience with Def Jam that would later on be a 'home' for him. Not long after that, Fab tried to find his own path by signing a recording deal with Elektra. Gaining Nate Dogg's partnership, he remixed Tupac Shakur's song 'Ambitionz Az a Ridah' and put on a new title 'Can't Deny It'. The groove was there and the time was right. His solo debut album 'Ghetto Fabolous' that was released in 2001 peaked at #4 in Billboard 200 with all four singles reaching the Top 40.

Two years later he was ready to release his sophomore set that he named 'Street Dreams'. Again the album only managed to land fourth place in Billboard album chart but still, Fab refused to rely on the full length album to spread his music. A mixtape titled 'More Street Dreams, Pt. 2: The Mixtape' was released in the same year and even charted at #28 in Billboard 200. He would later on continue producing mixtapes that, at the same time, let him build mutual relationship with fellow musicians like Mariah Carey, Notorious B.I.G. and Musiq Soulchild. Another record was dropped in 2004 under the title 'Real Talk' and while not getting his fourth place anymore, this album was comparably a flop in his music career. It only peaked at #6, a position that marked the lowest sale of all his previous records at that time. He soon left Atlantic Records and signed a contract with Def Jam.

Filling 2005 with collaborations, his duet with Christina Milian on 'Dip It Low (remix)' was nominated in 2005 Grammy Award. However, fame and rivalry got in the way in October 2006 when he was shot while waiting for his entourage outside a New York restaurant. A gunman approached him and opened a fire that went straight to his thigh. Upon fleeing with a car and running a red light, police caught them and discovered illegal possession of loaded guns. Fabolous escaped death but his name was already etched on police record. Shifting the weight to music, Fabolous then made his claimed best effort with the hottest musicians in town. In 2007 he completed 'From Nothin' to Somethin'' with numerous stars such as Timbaland, Akon, Swizz Beat and Jermaine Dupri. Apt to its title, Fabolous intended to reconcile with his past through this record. "I been through situations I never been in before in my life," he said in an interview. "I got shot, been arrested, been in a relationship. I'm past really rapping for my block or my projects. I'm trying to grow. We been working really hard." However, trouble seemed to follow him in December 2007 when his childhood friend was stabbed to death in a New York club where witnesses claimed that they saw Fab there. He was rumored to be involved in the killing but he personally made it clear in an interview with The New York Daily News that he was back at home on that day, celebrating Thanksgiving with his parents.