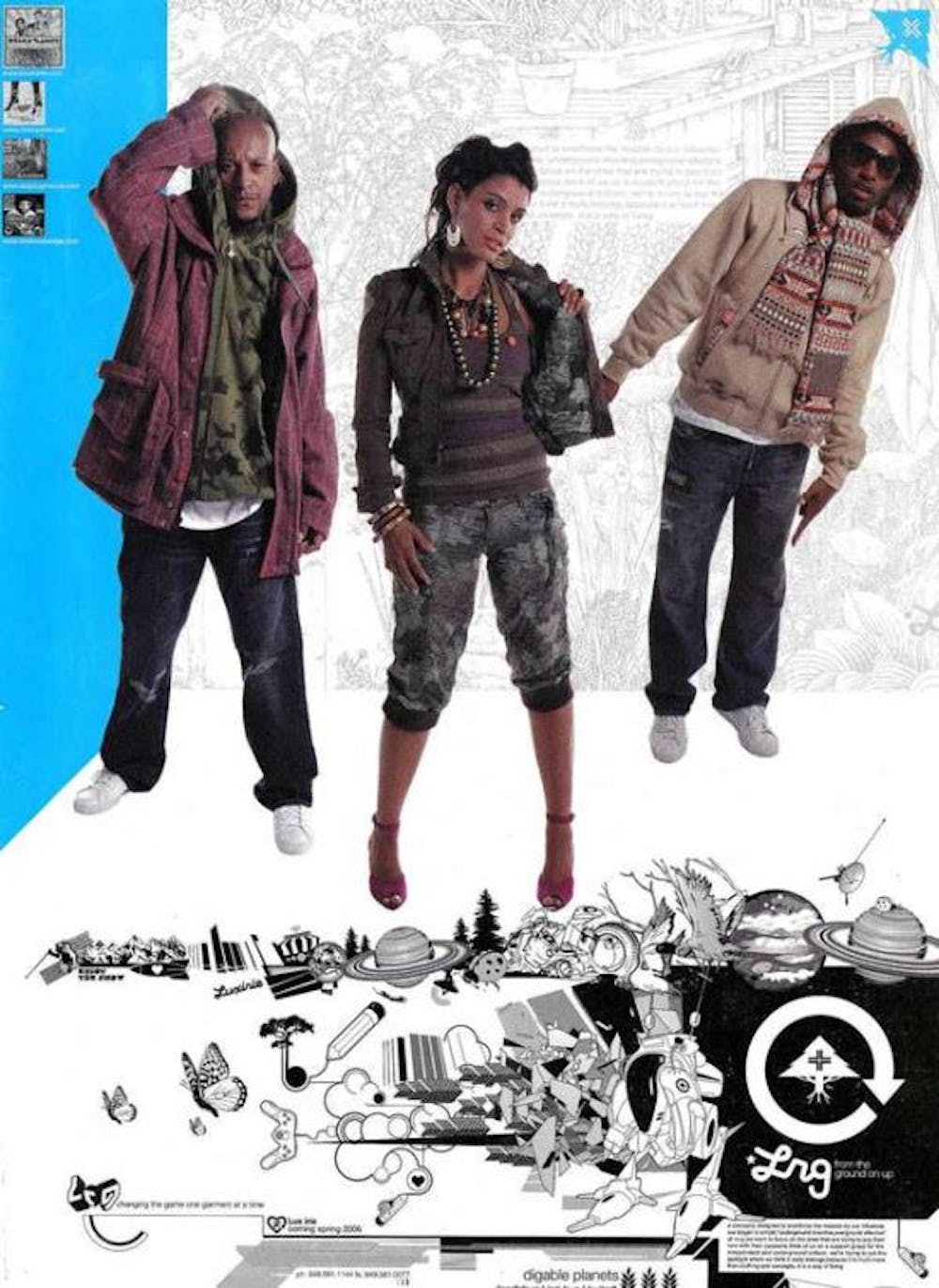 Follow Digable Planets to get alerts about upcoming events and special deals!

Digable Planets has performed in venues such as: The New Parish, 1015 Folsom, BottleRock, Franklin Music Hall, The Observatory, Music Box

Digable Planets has played in major festivals like BottleRock

Without further ado, here are Digable Planets top 10 tracks of all time:

When hip-hop trio Digable Planets emerged in the early 90s, their memorable moniker raised eyebrows. What, exactly, did it mean? The name sprang, they explained, from the notion that every individual is a planet. But the unique worlds that their tracks mapped out were not insular ones; as their Grammy-winning hit Rebirth Of Slick (Cool Like Dat)" would prove, the Planets were primed to connect with audiences weary of the aggressive posturing of gangsta rap. Filled with literate lyrics, honey-smooth flow, and inventive arrangements, their albums Reachin' (A New Refutation Of Time And Space) (1993) and Blowout Comb (1994) redefined hip-hop, and set standards for the generation of soul poets and innovative producers that followed, as the new anthology Beyond The Spectrum: The Creamy Spy Chronicles effortlessly reiterates.

The group first took shape in the early 90s, in New York City. Former Seattle resident Butterfly (a k a Ishmael Butler) hooked up with Philadelphia native Doodlebug (Craig Irving), who was a member of New York collective Dread Poets Society, and Ladybug (Mary Ann Vieira), a Maryland denizen of Brazilian descent. Like the name chosen for their band, the new handles each member adopted also reflected a universal consciousness. Insects stick together and work for mutually beneficial causes, Ladybug observed in Essence. Doodlebug added, Humans are supposed to be the most intelligent beings on the planet, and yet we cant seem to come together in a peaceful manner. On their 1993 debut, Reachin' (A New Refutation Of Time And Space), the threesome showed just how rich and vibrant the musical product of three distinctive minds working in harmony could be. Musically, they incorporated elements of funk, samba, and psychedelia into their street-savvy hip-hop; jazz, in particular, played a pivotal role. The group gave shout-outs to icons Charles Mingus and Charlie Parker, and sampled others, including Sonny Rollins and the Last Poets. Like hip-hop, they developed a language and style that was unique, noted Butterfly of their jazz forefathers.

Those cats used their vernacular to communicate a new perspective. With unabashedly intelligent lyrical references to everything from Karl Marx (on the reggae-tinged Where I'm From) and Jimi Hendrix, to feminist bell hooks and poet Nikki Giovanni, the Planets boldly followed suit. Critics responded to the Planets debut platter enthusiastically. Reachin' (A New Refutation Of Time And Space) is everything hip-hop should be: artistically sound, unabashedly conscious and downright cool, proclaimed Kevin Powell in a four-star review for Rolling Stone. And Digable Planets is the kind of rap act every fan should cram to understand. The record would eventually hit ..15 on the Billboard 200, break the Top 5 on the R&B/Hip-Hop Albums chart, and achieve Platinum sales status. Buoyed up by a bubbling bass line and curlicues of brass (the latter lifted from a sample of Art Blakey and the Jazz Messengers), and peppered with finger-pops, the sublimely chill single Rebirth Of Slick (Cool Like Dat)" became the albums biggest hit. It peaked at ..15 on the Billboard Hot 100 chart, winning legions of fans across a variety of radio formats as well as in clubs. The track deservedly earned the 1993 Grammy Award for Best Rap Performance by a Duo or Group.

After touring extensively, accompanied by a live band, the trio returned to the studio, emerging in 1994 with their sophomore outing, Blowout Comb. Even more so than its predecessor, the Planets second full-length pushed stylistic boundaries. The group downplayed samples in favor of live performances: Dog It juxtaposed animated sax and vibraphone turns (by Donald Duck Harrison and Bill Lounge, respectively) with a slightly harder vocal style, while sultry, summery singing on Dial 7 (Axioms Of Creamy Spies)" evoked an air of vintage 70s soul. Special guests on the Blowout Comb sessions included Brooklyn rapper Jeru The Damaja (Graffiti) and pioneering female hip-hop DJ Jazzy Joyce (9th Wonder (Blackitolism)), who also toured with the group. Although Digable Planets dissolved in 1996, all three members have remained active musically.

Butterfly went on to form the band Cherrywine, releasing the album Bright Black in 2003. He also composed music for commercial clients including Pepsi and Fila, and ventured into acting, with roles in film (the 2002 Sundance fave I Am Ali) and Off Broadway. Mecca the Ladybug now Ladybug Mecca dropped her new solo album, Trip The Light Fantastic, in June, 2005 on her very own record label Nu Paradigm Entertainment. She also composed the score for a short film entitled The Monster courtesy of Scenarios USA - Kids Creating Social Change in 2001. A segment of the film was featured on ABC World News Tonight with Peter Jennings. Working as Cee Knowledge, Doodlebug has been leading Philadelphia live hip-hop ensemble Cosmic Funk Orchestra since 2000. In addition Doodlebug is actively the CEO of the successful multimedia company 7 and a Cresent. But most importantly for Digable Planets fans worldwide, the original trio recently reformed to play a number of well-received live dates (including Lollapalooza 2005), and begin work on their first album in over a decade.

No upcoming events with Digable Planets