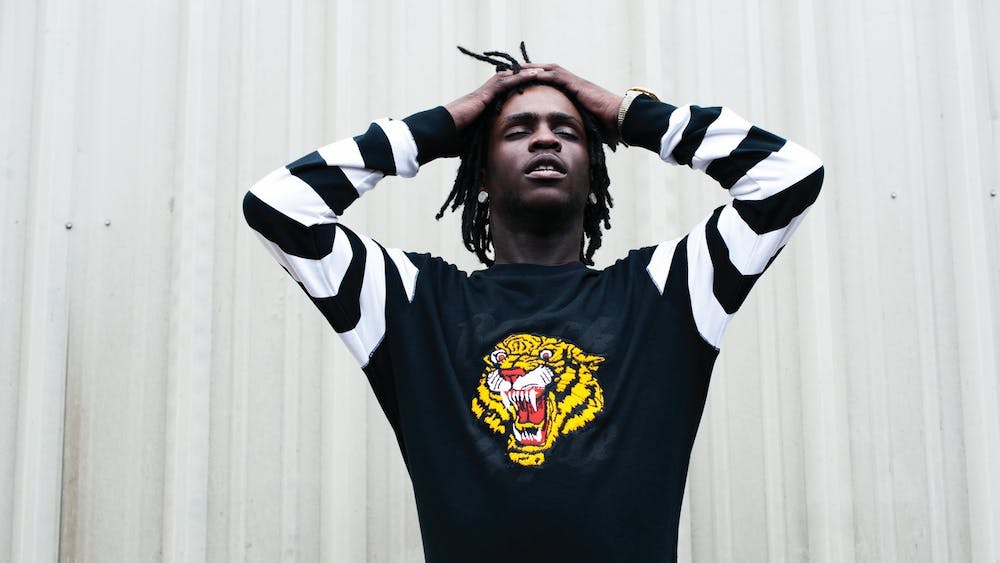 Follow Chief Keef to get alerts about upcoming events and special deals!

Long before Chief Keef (born Keith Cozart) was one of the most popular teenage rappers in America and the youngest major label head in history, he was a legend among kids on the South Side of Chicago, a gritty set of neighborhoods that most recently made the news for its astonishing rise in murder rate (up 38% in 2012 alone).

Chief Keef has played in major festivals like Rolling Loud

Without further ado, here are Chief Keef top 10 tracks of all time:

Long before Chief Keef (born Keith Cozart) was one of the most popular teenage rappers in America and the youngest major label head in history, he was a legend among kids on the South Side of Chicago, a gritty set of neighborhoods that most recently made the news for its astonishing rise in murder rate (up 38% in 2012 alone). On December 4, 2011, at age 16, Keef was shot at by police and arrested for unlawful use of a weapon and subsequently placed under house arrest, at his grandmother's house, for a month. On the day he was released, the world outside of Chicago got their first taste of Keef's presence: a viral video called "It's Something Wrong With This Lil Boy: Freaks Out When He Finds Out His Favorite Rapper 'Chief Keef' Gets Out of Jail.'"

In the video, a teenager screams and sings in delight for about four and a half minute about Chief Keef's release, prompting YouTube comments like "Who the hell is Chief Keef?" But many people knew exactly who the hell Chief Keef was because he'd been doing something almost unheard of in the Internet age: becoming massively popular through local word of mouth.

Although Keef himself stopped attending school at age 15, his music gained prominence in the Chicago Public Schools, the third-largest school district in the country with over 400,000 students. Keef's YouTube video for "Bang," a song off of the mixtape Bang that he released in 2011, garnered about a million views before Keef had any visibility outside of his home city, spurred by young listeners who found the atmosphere in Keef's sound and the message in his lyrics to be resonant in their own lives.

Keef's music, primarily comprised of minimalistic homemade string and drum tracks punctuated by his menacing, nihilistic lyrics, sounds like the next evolutionary step in the style of tracks by Lex Luger and Waka Flocka Flame. But more importantly, his music accurately and honestly reflects the violence, hopelessness and frustration, as well as moments of joy and victory, of the environments that Keef and hundreds of thousands of other poor and working-class kids live in all over the world. On "Bang," Keef raps with punchy, syncopated delivery, "That smoke's got me gone, can hear it in the air/we on top like some stairs, don't give a f**k, I be goin' to hell."

Keef's loyal fanbase in Chicago was built on the support of local listeners and through a network of likeminded rappers like Keef's cousin Fredo Santana, SD, Lil Durk and Lil Reese, as well as producers like Young Chop and DJ Kenn. DJ Kenn, who was literally taken off the street by Chief Keef's uncle after coming to Chicago from Japan, explain's Keef's appeal this way: "First time I came to the studio, I didn't [work] with a lot of people. But when Keef came to my studio, I was like, this boy... He's different. [He] always comes with something new. Everybody is trying to [rap like] somebody [else] — no disrespect to anybody—but Keef, each song he comes with something new, just him."

Almost three weeks after Chief Keef was released from home confinement at the beginning of 2012, 22-year-old San Francisco rapper Lil B (another unsigned phenom) hopped on a remix of "Bang," and a week after that, Soulja Boy did the same thing for Keef's "3Hunna." But the moment that gave Keef the most exposure to the world outside of Chicago was, ironically, the result of another Chicago rapper: Kanye West. On March 12, Keef released his second mixtape, Back from the Dead, featuring the song "I Don't Like," a single so huge that it became Keef's calling card, and on May 1, Kanye West released a remix of "I Don't Like" featuring himself, Chief Keef, Pusha T, Jadakiss and Big Sean. Nobody in the rap world could ask, "Who the hell is Chief Keef?" after that

In person, Keef is intensely reserved and refuses to reveal much about himself, a quality that he may have picked up after witnessing the unintended consequence of a loud mouth. In one interview, he said, “I really don’t want everybody to know me… They gon’ like you more if they don’t know s**t about you." His reserve only adds to his mystique, and it's aided by the air of shrewdness that Keef gives off in interviews, the sense that he's quietly in total control of his music and his image.

Keef's ability to authentically reflect the life of the streets brought attention to the entire Chicago rap scene, with artists like King Louie, Lil Durk and Lil Reese, none of whom had nearly the YouTube views or blog buzz that Keef had, inking major label deals in the months after Chief Keef gained national prominence.

Rap fans waited eagerly for months until, fittingly, the biggest signing windfall came to Chief Keef on June 16, 2012. On that day, Keef told MTV that he'd signed to Interscope (and signed a publishing deal with Dr. Dre) after being publicly pursued by labels like T.I.'s Grand Hustle Records, Waka Flocka Flame's Brick Squad Monopoly and Birdman & Lil Wayne's Young Money Entertainment. Keef's historic deal included an Interscope imprint for his team (Glory Boyz Entertainment), his own line of Beats by Dr. Dre headphones called Beats by Keef, and a biopic about his life.

Now, with the buzz surrounding his signing behind him, Keef is moving on to his next step: another mixtape and his debut album. The mixtape, Finally Rich, which comes out later this year, will find Keef accompanied by some of the biggest rappers in the business, including Waka Flocka Flame and Young Jeezy. His currently untitled debut album, is slated to drop by the end of 2012, and it will cap off one of the most amazing stories in hip hop: In one year, 17-year-old Chief Keef went from being on house arrest at his grandma's house to being a national rap superstar, all years before he's old enough to buy a drink.