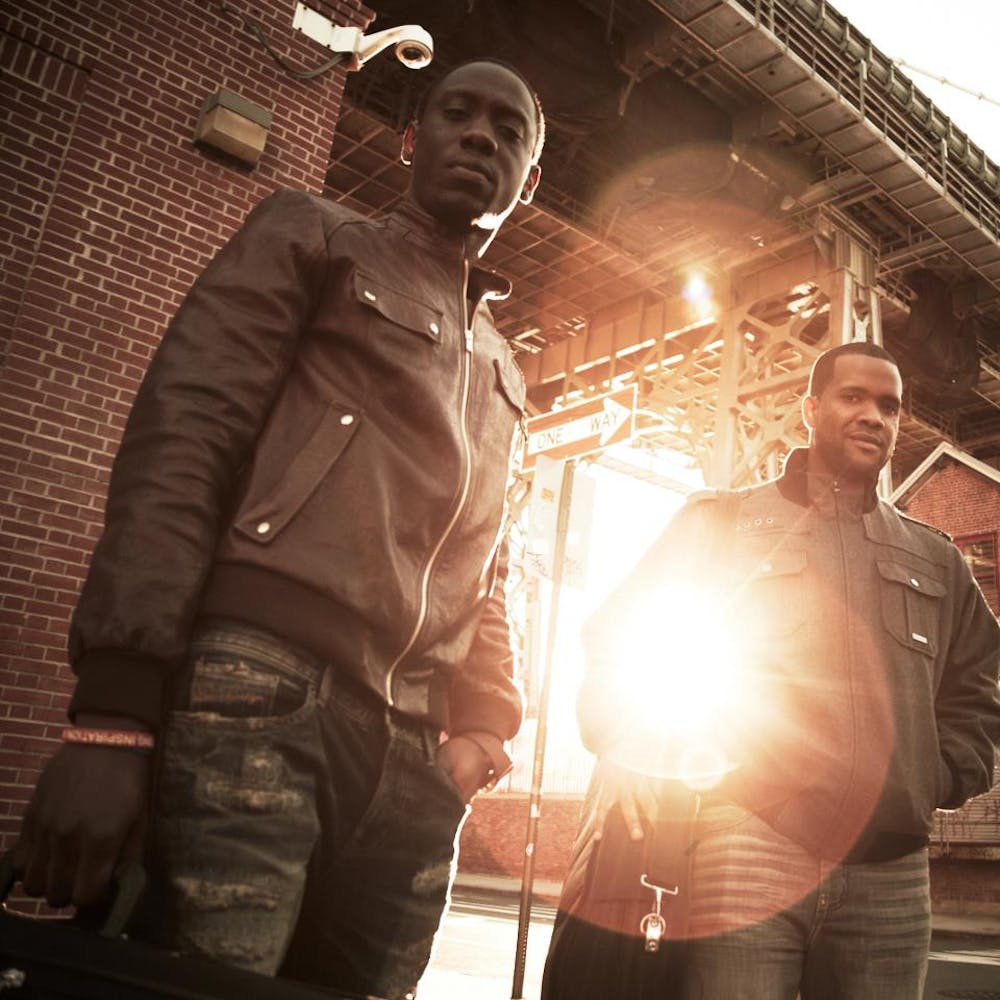 Follow Black Violin to get alerts about upcoming events and special deals!

To most people, jazz, hip-hop, funk, and classical are musical genres.

Black Violin has played in major festivals like Ravinia Festival

Without further ado, here are Black Violin top 10 tracks of all time:

To most people, jazz, hip-hop, funk, and classical are musical genres. But to revolutionary music group Black Violin, they're nothing but ingredients.

Combining a daunting array of musical styles and influences to produce a signature sound that is not quite maestro, not quite emcee, this group of two classically trained violinists and their DJ is redefining the music world-one string at a time.

With influences ranging from Shostakovich and Bach to Nas and Jay-Z, Black Violin breaks all the rules, blending the classical with the modern to create something rare-a sound that nobody has ever heard, but that everybody wants to feel.
When the members of Black Violin first learned to play their signature instruments-Wil B at the viola 14 years old and Kev Marcus the violin at the tender age of 9-neither could have foreseen that it would become their livelihood, though it was already becoming their passion. The two Florida natives first met while attending the Dillard High School of Performing Arts in Fort Lauderdale, a school whose exceptional music programs served to nurture their already budding talents.

But it was not until the two were exposed to the work of legendary violinist Stuff Smith that the seeds that would one day become Black Violin were truly planted. Smith, born in Portsmouth, Ohio in 1909, was one of preeminent jazz violinists of the swing era, who went onto perform with names like Alphonse Trent, Coleman Hawkins, Charlie Parker, Dizzy Gillespie and Sun Ra throughout a long and storied career. His final album and most soulful, entitled "Black Violin," so inspired and influenced the young Kev Marcus and Wil B that they would eventually name their band in honor of the man who had shown them that there were no limits to what the violin could do.

After graduating from high school, both Wil and Kev were granted full music scholarships to college, Florida State and Florida International University respectively. It was at FIU that Kev first encountered the group's future manager, Sam G, with whom he and Wil soon formed a production company: DKNEX. Now they had a platform for their dream, and the talent and inspiration to back it up. Black Violin was born.

Once formed, the group wasted no time in making a name for itself, starting with the rigorous touring that would become a trademark of the group. Black Violin was making ripples in the music industry, but it wasn't long before these ripples became waves. In 2004, the group joined superstar Alicia Keys on stage at the Billboard Music awards, delivering a performance that made the tastemakers and music enthusiasts of America sit up and take notice. Not long after, in 2005, the group was awarded the coveted title of Apollo Legend by the esteemed Apollo theatre in Harlem, effectively confirming what many were beginning to suspect-Black Violin was on its way to the top.

The next step in BV's journey came in the form of Mike Shinoda, lead singer of legendary rock act Linkin Park, who had had his eye on the two virtuosos for a while. Impressed by their imaginative composition and finely tuned musicianship, he invited them along on a world tour with his hip-hop side project, Fort Minor. Finally granted the worldwide platform their talents deserved, the members of Black Violin now introduced their own brand of genius to audiences across the globe. In addition to Shinoda, BV has worked with musicians as diverse as P.Diddy, Kanye West, Fifty Cent, Aerosmith, Tom Petty, Aretha Franklin and the Eagles-among many others.

But Black Violin is only getting started. The group recently released its eponymous debut album-a record whose top notch production and musical cohesion make it feel like the work of seasoned veterans rather than industry upstarts, as many patrons of the iTunes store and Amazon.com are discovering for themselves. The group continues to tour far and wide, opening for hip hop mainstays like Fat Joe, Akon, and the Wu-Tang Clan in locations as diverse, as Prague, Dubai, and South Africa. The group's rising fame has also made it a highly desired act for celebrity events-Black Violin just recently provided the music at both Minister Lois Farrakhan's 75th birthday and at NFL star Santana Moss's wedding.

But beyond all the glitz and glamour, the members of Black Violin just want to give children the same opportunities that they had. With school music programs being culled all across the country, Kev and Wil are concerned that urban youth will not have the benefit of music as a positive alternative to other, more destructive pursuits. With this in mind, they have embarked upon a campaign of social change-using youth orchestras and reinvigorated music programs to show children and teens that they are capable of expressing themselves in ways they have never dreamed.

In an age where music is coming to be more and more defined by the labels given to it, Black Violin shows that music does not exist within a box, but rather exists in another space-one as open and unrestrained as the minds that produce it.