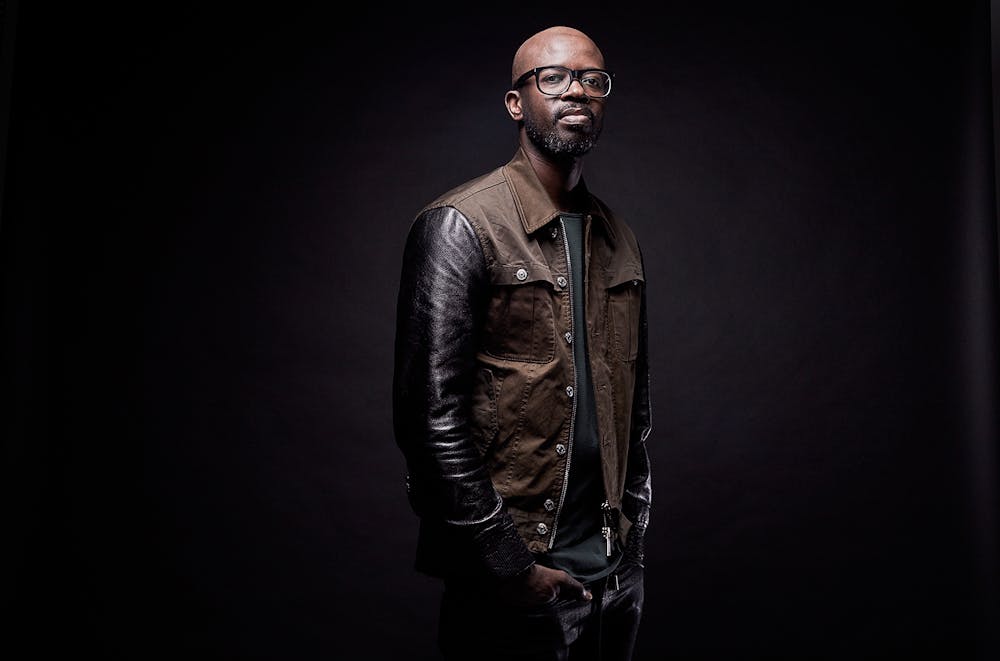 Follow Black Coffee to get alerts about upcoming events and special deals!

Considering his meteoric rise to fame, it would be easy to stereotype Black Coffee as just another black diamond, a BEE beat magnet out to mine the insatiable upwardly mobile urban house-party market.

Black Coffee has played in major festivals like III Points

Without further ado, here are Black Coffee top 10 tracks of all time:

Considering his meteoric rise to fame, it would be easy to stereotype Black Coffee as just another black diamond, a BEE beat magnet out to mine the insatiable upwardly mobile urban house-party market. But as he proved on his South African Music Award-winning album Home Brewed, this DJ and producer defies convention. Sidestepping Afro-house clichés and stage-managed highs in favour of restrained sophistication, Black Coffee's penchant is for true Afropolitan house: home-brewed but trendsetting, fashion-conscious and future-focused. Expect almost sculptural balance and beauty.

If one heard a clamour and ululating emanating from the eastern provinces of South Africa, Kwazula Natal and the Eastern Cape, announcing the recognition of a cultural phenomenon……and their role in the development of this cultural phenomenon…one could not argue were that clamour and ululating to be in respect of one……that is the soul, spirit, talent and vision of Nkosinathi Innocent Maphumulo, one who most know as “Black Coffee”.

Black Coffee was born in Durban in KwaZulu Natal and grew up in the Eastern Cape in Mthatha, before moving back to Durban to study music at Natal Tech where he majored in Jazz. His reason for studying music was because he felt that as a producer, he had to deepen his overall musical knowledge, develop his listening skills and advance his knowledge of music theory. Leaving Tech prior to completion of his studies, Black Coffee with two friends Thandukwazi “Demor” Sikhosana and Mnqobi “Shota” Mdabe worked as backup vocalists for the renowned Madala Kunene. Deciding then to form an urban soul trio “Shana” the three moved to Johannesburg to make their way.

Keeping ‘Simply hot and naturally African’ (the meaning of ‘Shana’) together as an ongoing project, the three have also pursued their individual visions, collaborating on the way.

Black Coffee was chosen as one of two South African participants in the Red Bull Music Academy in 2003 jump-starting him into the South African DJ scene – a decision he says he has never looked back. His first big break was when his song “Happiness” was featured on the DJs at Work album.

2005, the same year as the release of Black Coffee’s powerful debut album ‘Black Coffee’ saw the birth and formation of Soulistic Music (PTY) Ltd, Black Coffee’s wholly owned 360° corporate structure, his team’s home base and the jump-off point for himself, and as time has evidenced for many others to.

Black Coffee revealed that his first album was created using very basic music-making software. “I don't know how to explain the production stages of my album because all I did was put down the basic ideas that I had, I didn't use any MIDI controllers everything was played with a computer mouse. He added that the use of live instruments in a song is also very important, giving a track that final magic touch and bringing it to life.

A view through the Black Coffee ‘lens’, at the end of 2011, confirms a delightful, fresh and truly heart warming vista of dynamic and exciting creative production, glimpses of a genius unfolding and degree’s of difficulty, challenge and hardship.

To many Black Coffee has led the ‘house music’ way…establishing since a global pre-eminence in vocal house music…and a business approach structured to unlock the plethora of opportunities offered by a converged digital realm driven by the songs and their performance.

Reserved, studiously academic, inventive, imaginative, quiet, enigmatic, shy and bold are but of the few ways in which many across the world perceive and see Black Coffee. No matter how he is seen he remains one of the very few Club DJs in the country who genuinely understands the precise function of a music deejay: he does not simply re-mix songs, he re-interprets their

previously unimagined musical possibilities, adapting and arranging as each work advises and quietly creating new works that give life. When he debuted with his interpretation of Hugh Masekela’s rambunctious jazz hit Stimela (2005 original South African release, 2008 UK release), Black Coffee simply demonstrated how it was possible to re-work the South African canon music vault into club music, creating works that were acceptable to both the youth and the old a feat not easily achievable. It has required a decidedly original-inclined, singular mind such as that of Black Coffee to be able to pursue such an original music trajectory and the gold and platinum awards since are testimony to his resolve .

2007 brought another powerful Black Coffee release “Have another one” which featured amongst others a host of great female vocalists, both young and old…with Bucie, Siphokhazi and Busi Mhlongo at the helm of an array of original works. With world demand and interest in a Black Coffee performance starting to stand up and shout so to speak, Black Coffee began a new phase of growth in 2008 with a string of new Soulistic Music signed releases from Culoe de Song, Tumelo and the great Zakes Bantwini all achieving gold and platinum sales

Highlights during 2011 included a nomination for the 2011 MTV Europe Africa, India and Middle East Category for the “Worldwide Act”, the launch of ‘Africa Rising and its first presentation (at which included a 24 piece orchestra along with a band and featured artists performing Black Coffee’s works) at Moses Mabhida Stadium and the four releases on the Soulistic Label including Culoe de Song’s “Elevation”, Sai & Ribatones “Here and Now”, Boddhi Satva’s “Invocation” and the label’s “Soulistic Cuts”.

Over past five years, Soulistic Music under Black Coffee’s leadership has built a worldwide network of exclusive track licenses, tours and agents giving Black Coffee and other Soulistic Music artists their real break into the international touring market where they have become regular features in cities from Sydney to New York, Sao Paulo to Luanda and Los Angeles to Athens.

There is no question that from family, to community, to clan, to culture, to country….to the world….all are blessed by the productivity of such great creative genius as is Black Coffee