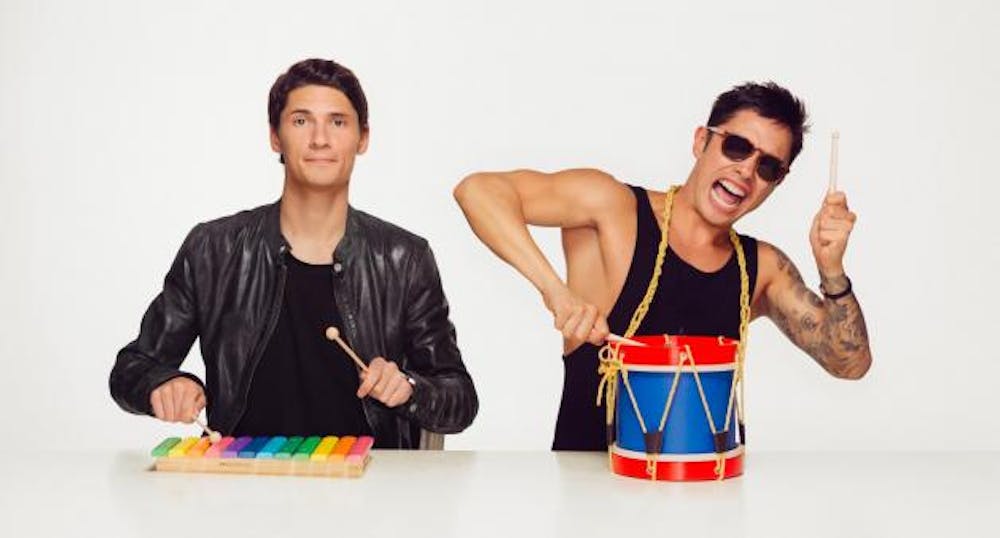 Follow Bassjackers to get alerts about upcoming events and special deals!

One afternoon somewhere in the beginning of 2007 two friends decided to join forces, one DJ and one producer, both sharing great passion for house music.

Bassjackers has played in major festivals like Creamfields, Tomorrowland

Without further ado, here are Bassjackers top 10 tracks of all time:

1. Written In The Stars

One afternoon somewhere in the beginning of 2007 two friends decided to join forces, one DJ and one producer, both sharing great passion for house music. Bassjackers was born! Marlon Flohr and Ralph van Hilst had not foreseen what was to come when they started their collaboration. Marlon was mainly DJ-ing and playing house music, when the idea came to push Ralph’s productions in a direction where Marlon could play the tracks in his sets.

After first getting noticed by Fedde le Grand, a solid stream of releases and remixes followed which received massive support by all the top global DJ’s. However their big break came in 2011, when their dancefloor bomb “Mush Mush” got picked up by Tiesto and released on his imprint Musical Freedom. It dominated the Beatport top 10 for over 2 months and grew to be one of the biggest club/festival tracks of 2011.

Since then Bassjackers have remixed for A-list artists like Rihanna, Enrique Iglesias and Moby and played in clubs from Ibiza alongside Tiesto, to Las Vegas alongside Afrojack, and continue to tour around the globe with a recent emphasis on North America.

In early 2013 Bassjackers scored a major hit on Beatport with ‘Hey!’, their collaboration with Showtek. Soon followed by another with Dyro- ‘Grid’, as well as ‘Duckface’ - their collab with Kenneth G. The year also saw the likes of the popular ‘Raise Those Hands’, their collab with fellow Dutchman R3hab and ‘Zing’ on Nicky Romero’s Protocol label. Early 2014 however saw a major breakthrough again when their biggest track from 2013 “Crackin” was released as a new collaboration with teen phenom Martin Garrix – instantly topping the Beatport charts!

On the road, the boys embarked on a nationwide fall tour of North America as special guests of Bingo Players late 2013, while they will join a slew of great names on the renowned Future Music Festival tour through Australia in the spring.

Jackin the Bass at a venue near you and on air. Let’s Get Weird!