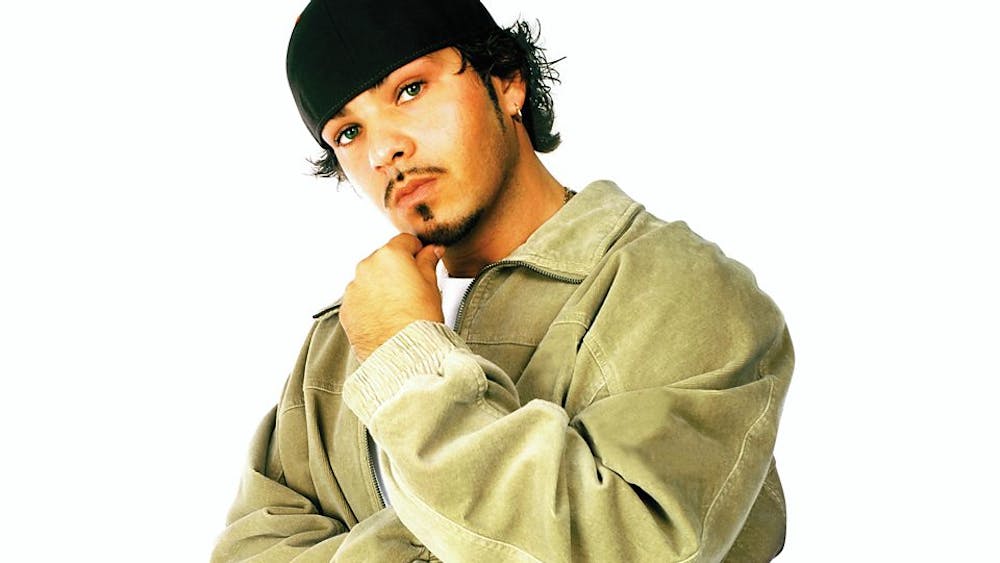 Follow Baby Bash to get alerts about upcoming events and special deals!

Without further ado, here are Baby Bash top 10 tracks of all time:

4. Light Up Light Up

Baby Bash cooks up feel-good hip hop peppered with classy R&B bravado, soaring pop melodies and saucy grooves. His alchemy of rap, reggae and Latin styles has made Bash one of the most sought-out producers and writers in the game, leading to collaborations with everyone from Carlos Santana and Whitney Houston to Flo Rida and Jennifer Lopez. However, this is only the beginning.

Hailing from Vallejo, California, Bash found inspiration in classic west coast rap as a kid, and his passion for hip hop pushed him to excel as an independent rapper at a young age. "I did it all on my own. I grew up in the hood, and I've seen the worst of the worst. Even through the tough times, I was always a jolly dude. I know that life, and it inspired me to do something positive with my music."

Bash honors his heritage through a Latin sonic sensibility, but his sound still bears an urban grit and gusto. He made a big splash in 2003 with his debut Tha Smokin' Nephew. His 2005 sophomore smash, Super Saucy, yielded the mega-hit "Suga Suga," featuring longtime collaborator and friend Frankie J. The song lit up the airwaves and the dance floors. Another big single alongside Akon, "Baby, I'm Back," followed, and Bash solidified himself as a live presence on a highly successful tour. He has also appeared on cuts like "Obsession," a massive hit from Frankie's platinum record The One. In the meantime, Bash wrote the Paula DeAnda track, "Doin' Too Much," which helped ignite her career.

Bash's 2007 album, Cyclone, his first for Arista, blew the roof off everything. The first single, "Cyclone," with T-Pain, went on to platinum sales as a ringtone, and the album brandished incendiary collaborations with Keith Sweat and Sean Kingston. Bash and T-Pain's music video for "Cyclone" received more than one million views on Youtube in the span of a mere week. In that same year, Bash became the second most searched for Latin artist, behind Paula Deanda, on MySpace, and currently, his MySpace profile has garnered over 18 million views with over 24 million hits for his MySpace Playlist as well.

More than ever, Bash has become a hot commodity in the studio. He's penned brand new tracks for both Flo Rida and Plies, due out this year. He's also written hits alongside bona fide trailblazers. "I've collaborated with everyone from Carlos Santana and Jennifer Lopez to ghetto legends like Pimp C from UGK and Nate Dogg. I'm a well-rounded guy. For Santana to allow me to be on his record is the only stamp of approval for my career that I'm ever going to need. It was such a blessing."

He truly can adapt into any studio situation and make gold. His diversity even recently extended to the Australian chart-topper, "Teardrops," with Kate Alexa. Bash never stops working either. "I consider myself a producer more than anything else," he explains. "When I work with another artist, I'm going to contribute to the whole song—the arrangement, the pre-chorus and the chorus. I take pride in my producing, whether it's for me, Prima J, Jesse McCartney or anybody else. I'm a producer and a studioholic."

In the end, for Baby Bash it's all about smiling through everything and making music that is ultimately for everyone. "These days I think people need feel-good music because it's a crazy world out there and times are tough, especially now.” He continues, “I am a hardworking dude and I write for my hardworking fans who want to dance and smile at the end of the day. I build relationships with every fan and everyone in the industry that I meet. I want to be a people's champ."

There's no doubt he'll be grinning round after round, all the way to the top.