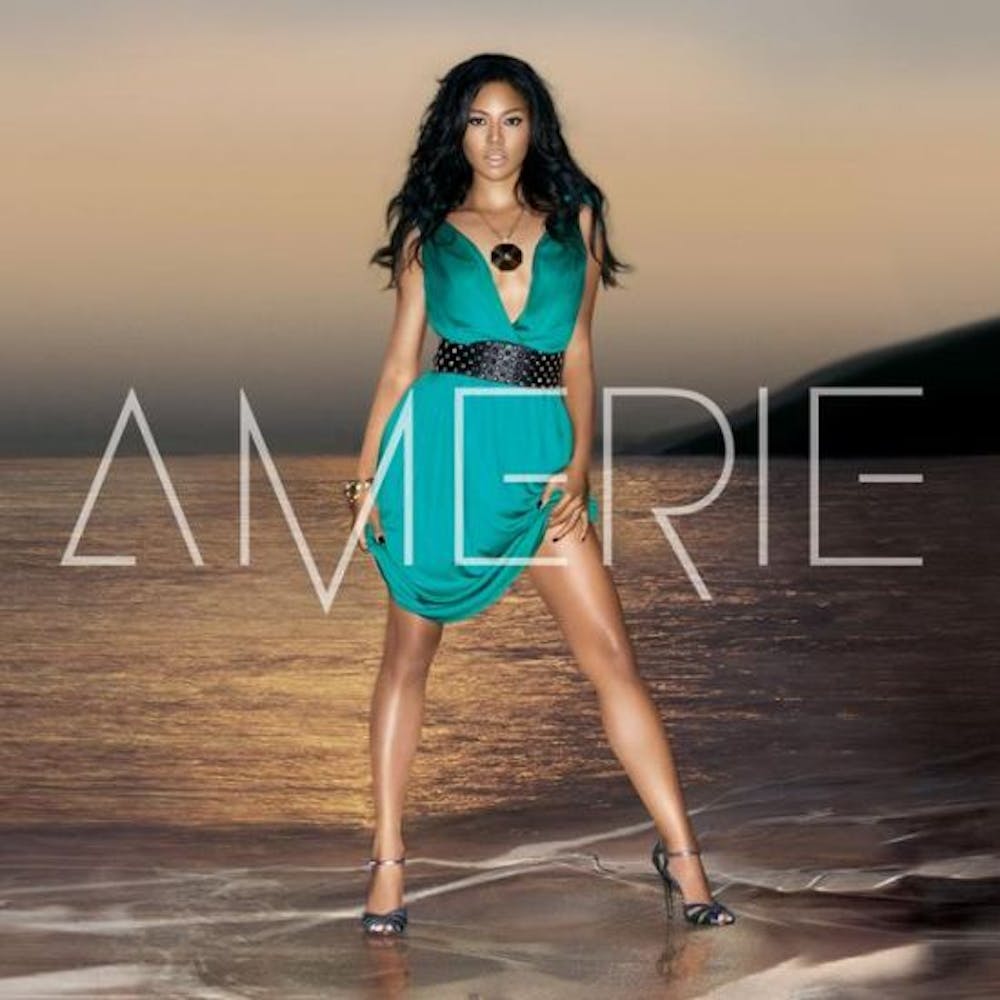 Follow Amerie to get alerts about upcoming events and special deals!

While it is often said that “all is fair in love and war,” not much is mentioned about the place where the two intersect.

Without further ado, here are Amerie top 10 tracks of all time:

While it is often said that “all is fair in love and war,” not much is mentioned about the place where the two intersect. With her fourth album, In Love & War, superstar Amerie proves she has survived the twisted road to that inevitable collision and lived to sing about it.

Since Amerie first debuted in 2002 with the smash single “Why Don’t We Fall in Love,” she has always thrown her mind, body and soul into her songs. As a young girl, Amerie lived in a variety of places including South Korea, Germany, Texas, and Alaska because her father worked for the United States military. Having to constantly adapt to new environments, Amerie developed a very strong sense of self early on. While she always excelled in school, she also found solace in music and began expressing her self through song as a child.

“I always sang but I didn’t know I was going to be a singer until I was in high school,” she says. “My family was really big on academics; they thought I would be a lawyer or a professor. So I said okay, I’m going to be a singer, but I knew I had to go to college first because I was already on the road to academia. I wanted to finish what I started.”

After high school, Amerie was accepted to Georgetown University and graduated
with a degree in English and Fine Arts. While studying at Georgetown, she befriended a Washington D.C. club promoter who eventually put her in touch with producer Rich Harrison, the man who would lead Amerie to signing her first record deal with Sony Records.

Amerie released her debut album All I Have, and, together with Rich Harrison, she helped steer contemporary R&B away from synthetic sounds through the use of live instrumentation. Three years later, she dropped Touch, which solidified her as one of music’s most exciting artists, thanks to the overwhelming success of the go-go inspired track, “1 Thing.” In 2007, Amerie released Because I Love It which featured the hip-hop electro sound that is still prevalent in pop music today.

After releasing three critically acclaimed albums, Amerie decided it was time to reposition herself. In 2008 she parted ways with Sony and created her own entertainment company, Feenix Rising, with business partner Len Nicholson. They then secured a distribution deal with Island Def Jam under the tutelage of LA Reid.

“LA and I had been talking about doing something together for a long time,” says Amerie. “He was one of the first people I met with when I got into the music business. He’s really excited about the music I am making. And what I love is that he doesn’t try to make one artist sound like another artist. He’s all for creating your own lane.”

Never one to follow another’s lead, Amerie’s latest album, In Love & War, is an aggressive mix of trunk rattling hip-hop, raw soul reminiscent of James Brown, and classic Zeppelin-era rock ‘n roll. The three-time Grammy nominated singer managed to turn the tumultuous times of her past relationships into a moving collection of songs which will resonate with anyone who has ever been on the wrong side of love.

“This album is very personal, whether I’m talking about my own past situations or situations the people close to me went through,” says the striking Korean and Black singer/songwriter/producer. “I really wanted to make sure that everything I was writing wasn’t too far from myself.”

Unlike many artists who follow whatever trends have proven the most successful, Amerie mapped out the sound of In Love & War before she sat with any producers. “The process would usually be quite a few steps. Usually I’d get a raw instrumental, and from there I’d pick out parts and sounds, and then format them to create the arrangement of the song. Once I wrote and vocaled, I’d talk to the producer again about adding additional instrumentation I felt was necessary, like strings, additional keys, building the bridge, just basically formatting the record.

“For this album, I told people I needed music that was really heavy, something with knock,” says Amerie. “Nothing too pretty; I wanted something that sounded ‘70’s-ish, when rock had a lot of soul in it, and it was still so related to the blues. And of course it needed that hip-hop element.”

One producer who instantly understood what Amerie needed was Teddy Riley. Of the record, “Tell Me U Love Me”, she says, “I didn’t really have to say much to Teddy. I told him I wanted something signature ‘me’. He knew exactly what to do. It was like magic. I wrote that record freestyling in the vocal booth after hearing it for the first time. Killer.” Another “killer” moment was with Warren Campbell, who produced “Higher.” “I told Warren I wanted a live, hard, rock sound, something mean, something with swagger. I wanted the intrumentation to have a strong personality before I even opened my mouth. He started playing the bass guitar, and I was sitting there creating the lyrics and melody and it all came together really organically. That’s what I mean when I say that this album, in addition to being an extension of my first, is also an extension of ‘1 Thing’ because ‘1 Thing’ has its go-go roots but it’s also very soulful, ‘70’s rock. I went from that and took it all the way live.”

For the song “Different People” Amerie enlisted the Australian producer M-Phazes who tracked a mid-tempo backdrop for the songstress to explain how important it is to accept your partner for who they are, while on “Pretty Brown” (also produced by M-Phazes) Amerie hooks up with Trey Songz to sing about a relationship that is quickly approaching the breaking point. Amerie also linked up with the Buchanans, who have produced on all of her albums, for the riotous “More Than Love” and “Why R U,” In Love & War’s head-nodding first single.

“Why R U” is about being in a relationship and hating that you’re so attached to this person,” explains Amerie. “A lot of the songs on this album deal with wanting to be done with a relationship but you’re just not really ready to leave, so you hang around and wait for a person to change. I really wanted the lyrical content to be real conversation. I didn’t want anything to be sugar-coated.”

On the sexy, catchy ladies anthem “Heard ‘Em All”, Amerie let her long locks down over Sean Garrett and Eric Hudson’s up-tempo club track while challenging a prospective lover to bring something different to the table.
With her latest album complete and up to her own creative standards, Amerie’s In Love & War represents her ever-evolving artistry and insatiable drive to continue to carve out her own path. “I’m really big about staying true to my sound,” she says. “I just love to emote,” she laughs. “I really feel like I live through music. It’s been that way as far as I can remember. I’m always going to do what I want to do, and no one is going to tell me I can’t. That’s just me.”

No upcoming events with Amerie