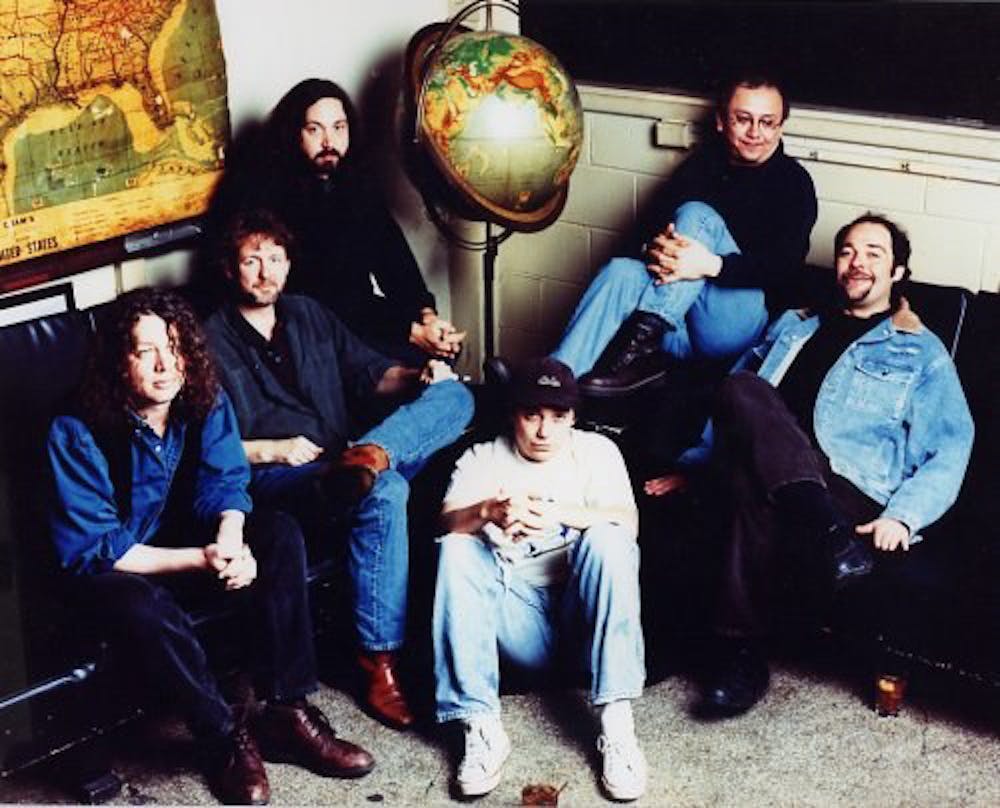 Follow Widespread Panic to get alerts about upcoming events and special deals!

"When we started out, our only intention was to create an environment where the audience could feel free to let their own inspiration flow through them," says Widespread Panic guitarist and lead vocalist John Bell.

Widespread Panic has performed in venues such as: ACL Live at Moody Theater, The Beacon Theatre, Boulder Theater, The Chicago Theatre, Fox Theatre, The Parish, The Riverside Theater

Widespread Panic has upcoming events in ACL Live at Moody Theater, The Beacon Theatre, The Riverside Theater, The Chicago Theatre

Without further ado, here are Widespread Panic top 10 tracks of all time:

1. Will The Circle Be Unbroken - Live

4. Pickin' Up The Pieces

"When we started out, our only intention was to create an environment where the audience could feel free to let their own inspiration flow through them," says Widespread Panic guitarist and lead vocalist John Bell. "There are a lot folks in the [music] industry, where the big idea is getting from Point A to Point B, and Point B is accepting the Grammy, or whatever the image of success is. There's no talk about the adventure, and the adventure is where the goods are. Still, a Grammy would be pretty cool, too."

Perhaps more than any other word, "adventure" embodies the spirit of Widespread Panic. From their humble genesis in 1986 at the University of Georgia, where Bell first met guitarist, vocalist and band namesake Michael "Panic" Houser, all the way to the band's twentieth anniversary, adventure has fueled the journey. As JB explains, "You do make a plan, but the plan is to not have a plan." And it's this willingness to dive head-first into the unknown that has established one of the most rabid and loyal fan bases the music industry has ever seen; a fan base that has accounted for the sale of over 3 million albums, attendance records at some of the nation's most prestigious venues, and more than a decade on Pollstar's Top 50 tours of the year list. But it's not just the music world that has taken notice. In addition to the band showing up in the pages (and in some cases on the cover) of all the major music magazines, Widespread Panic's revolutionary business model has been featured in The Wall Street Journal, The New York Times, Variety, Billboard Magazine, CNN, CNBC and Fortune Magazine.

2006 not only marks two decades of music for Widespread Panic, it also finds the auspicious release of a new album, with a new producer in a new environment. On June 13 Sanctuary Records released Earth To America, the band's first studio album since 2003's Ball. Electing to push themselves out of the comfort zone of John Keane's Athens, GA studio (where they have recorded almost all of their material), the band chose to record the sessions for Earth To America over three weeks at the legendary Compass Point Studios in Nassau, Bahamas, under the tutelage of Terry Manning. Manning, who has worked with such luminaries as Led Zeppelin, Lenny Kravitz, ZZ Top, Al Green and a slew of STAX legends, helped propel Panic to new creative heights.

"I think it was a good time to pull a move like this," says bassist Dave Schools. "The band had reached a point where we were sort of finding our legs, re-discovering who we are. We sort of swallowed the bitter pill of the last few years and have written some new songs and worked them out live, and I just think it was a good opportunity to make a lot of changes - to take the music somewhere new, which I think we really accomplished with Terry's help."

The "bitter pill" of which Schools speaks was the pancreatic cancer that took the life of Michael Houser on August 10, 2002. Forging on with longtime friend George McConnell stepping in for Houser, the next few years were trying for band and fans alike, but in true blue-collar, hard-working Panic fashion, they have shed the difficulties of the past and have grown into their second skin. After taking fifteen months off in 2004 and 2005 (the band's first break ever), Panic returned with a renewed sense of passion and purpose, selling out venues across the country, re-establishing themselves as a touring, rock powerhouse.

With the break behind them and the creative juices pumping once again, the time had come to record Earth To America. By isolating themselves in the Bahamas and living under the same roof, they were able to, as JB explains, "re-learn each other's rhythms off-stage and beyond the stage." Void of any distractions and perhaps connecting on a level the band had not experienced since their lean beginnings when they shared a house on King Avenue in Athens, Panic has created one of their most fully-realized, cohesive albums to date.

Beyond the members of Widespread Panic "working harder than we've ever worked" to create Earth To America, Terry Manning's extensive career working in the field allowed him to implement ideas and instruments that were never available to the band in the past. "He has a couple decades of archaic, cool gear to bring into the control room or to hand to JB - like how he played that Robert Johnson Dobro (on 'Ribs and Whiskey')," explains Schools, "or a Fender Telecaster from the first month of production, or even bringing out a piece of The Beatles' Abbey Road recording studio console to run things through."

As hard as Widespread Panic has worked to record their ninth studio albums, they have built their kingdom on timeless American rock songs and wild concerts where they never repeat a set list and always push themselves to creative, improvisational peaks. And coming this fall, the band is happy to announce yet another new dynamic to the ever-evolving sound of Widespread Panic as guitarist Jimmy Herring and multi-instrumentalist John Keane take over guitar duties for George McConnell. Herring, who has toured with the Allman Brothers, The Dead and Aquarium Rescue Unit, is a gifted musician and old friend of the band who will certainly add a new dimension to Panic's arsenal.

With their collective vision aligned, Widespread Panic will once again take to the road for a massive fall tour in support of their new album and an upcoming DVD release of their May 9, 2006 Fox Theater concert which was simulcast to over 100 Regal Edwards cinemas. "Right now I'm very happy," says Schools. "I feel like the band is more in control of our own destiny than ever before. And I think a new dynamic has developed around the hole that was left by Mikey."

"We're just southern boys who have been fortunate enough to be able to live out our dream," says Ortiz. "We've been together for twenty years, and we're already planning great things for the twenty-fifth year. We're in it for the long-haul."