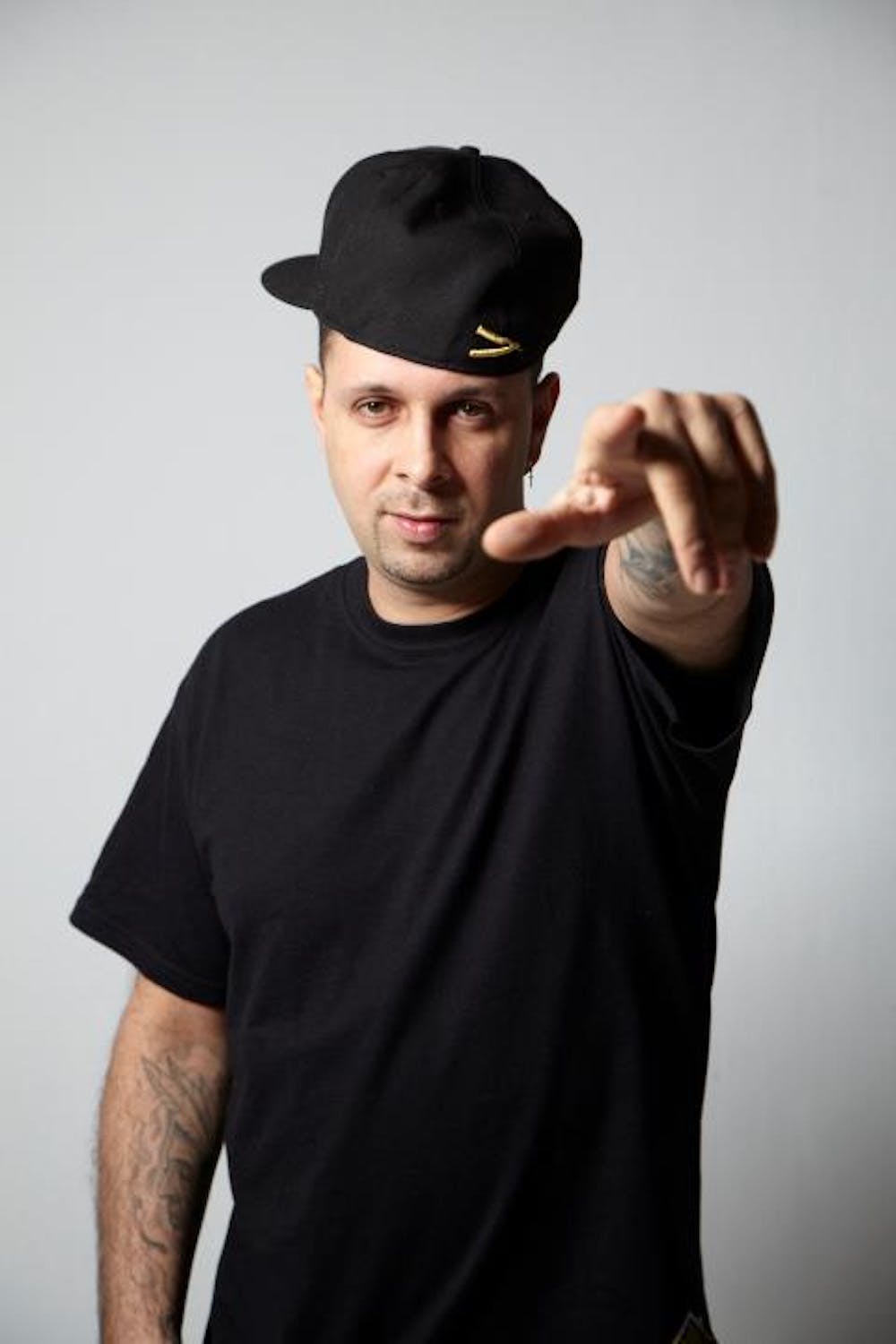 Follow Tony Touch to get alerts about upcoming events and special deals!

Tony Touch has performed in venues such as: Fluxx, The Midway, Basement, Great Northern, Le Bain, The Music Room

Without further ado, here are Tony Touch top 10 tracks of all time:

2012….The Legacy Continues. Tony Touch A.K.A Tony Toca continues to be a force to be reckoned with. Tony Touch, an icon in Hip Hop and in the Urban Hispanic genre plus seasoned player in the game, is a true innovator and has revolutionized the DJ game over and over. From his legendary mix tapes, to his skills on the 1’s and 2’s, he has become one of Hip Hop’s most recognized DJ’s. This C.E.O/Artist/Producer is now currently working on his 7th commercial release titled “The Piece Maker 3…Return of the 50 MC’s” and is expected to make history once again.

Tony Touch began as a B-Boy during the rap music renaissance era of the early 80’s. Heavily influenced by pioneers like the Rock Steady Crew, Grandmaster Flash, Red Alert,”Little” Louie Vega, and Jam Master Jay, he quickly shifted his interests towards the turntables. Toca is known for his legendary mix tapes like the original 50 MC’s parts 1, 2 and 3. Included in this series are some of the hottest artist in the game such as KRS ONE, Kool G Rap, Big Daddy Kane, Wyklef, M.O.P, Big L, Mos Def and many more all coming together for one collective piece. This along with the countless other mix tapes, Tony became recognized in the streets and industry as the real ‘Mix tape King’

Tony Toca evolved his mix tapes to record releases. In 2000, Tony released “The Piece Maker” on Tommy Boy records. This album sold over 400,000 units worldwide and featured legendary artists like Big Pun, Cypress Hill, Wu Tang Clan, Busta Rhymes, Eminem, Gang Starr, and much more. The single “I Wonder Why” featuring Total video featured cameos from John Leguizamo, Rock Steady and more. Since then, Tony Touch has released the “Piece Maker 2” which also had an all-star line up with features such as P. Diddy, Fat Joe, Sean Paul, Snoop Dog and even the legendary Ruben Blades.

Toca is also known to represent the Latino community to the fullest. It is the result of growing up with Salsa at home and Hip-Hop influence in his lifestyle.  In 2005 Tony inked a deal with EMI records and revolutionized the game once more with his Latin album called “ReggaeTony”. The hit single, “Play that Song” featured Nina Sky and B- Real of Cypress Hill . The cd had an all star line up including Tego Calderon, Ivy Queen, Zion y Lennox, N.O.R.E,  Voltio, and Soni just to name a few. The album went GOLD and with that success, EMI records moved quickly to release ReggaeTony 2 which featured more heavyweight appearances. To this date, Tony has sold over a MILLION records worldwide.

Touch continues to be in demand globally. The proof is in the passport as he has toured over 30 countries including Japan, Australia, Puerto Rico, London, France, Greece, Russia, Brazil, Germany, Columbia, Switzerland, Italy and Cuba. He’s also acted as tour dj for acts like Cypress Hill, Gurus’s Jazzmatazz, Rock Steady and the Beatnuts. You also may have caught Tony on TV shows such as “Saturday Night Live” and “The Dave Chapelle Show” spinning for Eminem. Don’t forget the radio waves you might have heard him on in New York such as Hot 97, Power 105, and WBLS.  In 2004, Eminem and manager Paul Rosenberg closed a deal for their own radio station on Sirius XM Satellite called Shade 45. Tony Touch was quickly recruited to host TOCA TUESDAYS  from 8pm to Midnight.  TOCA TUESDAYS is also a weekly OLD SCHOOL Hip Hop party in which TT invites legendarty dj’s  to guest spin.

Another WEEKLY party he sparked was the FUNKBOX in which he plays HOUSE music with celeb guest dj’s.  Both parties are running 3 years strong and are considered two of New York’s best. For more info check www.tonytouch.com.

No upcoming events with Tony Touch