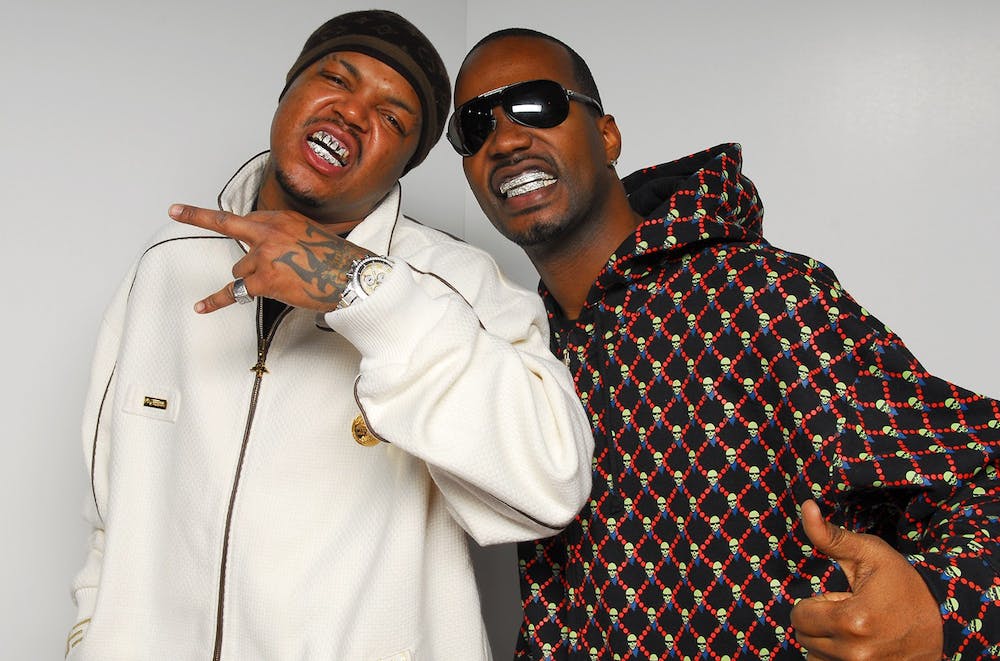 Follow Three 6 Mafia to get alerts about upcoming events and special deals!

Three 6 Mafia is an American hip hop group from Memphis, Tennessee formed in 1991.

Without further ado, here are Three 6 Mafia top 10 tracks of all time:

Three 6 Mafia is an American hip hop group from Memphis, Tennessee formed in 1991. Emerging as a horror-themed underground rap group, they would eventually go on to enjoy mainstream success. The group's 1995 debut album Mystic Stylez would go on to become an influential cult classic. They have released music on independent labels such as Prophet Entertainment and their own Hypnotize Minds label, as well as Relativity, Loud, and Columbia Records.

Two of their albums are RIAA-certified Platinum: When the Smoke Clears: Sixty 6, Sixty 1 (2000) and Most Known Unknown (2005), the latter featured their hit single "Stay Fly". In 2006 the group won the Academy Award for Best Original Song at the 78th Academy Awards for their song "It's Hard out Here for a Pimp" from the film Hustle & Flow. The group's latest studio album, Last 2 Walk, was released in 2008. Three 6 Mafia's worldwide album sales stand at 5.5 million as of 2016.