Best The Roots Songs of All Time – Top 10 Tracks 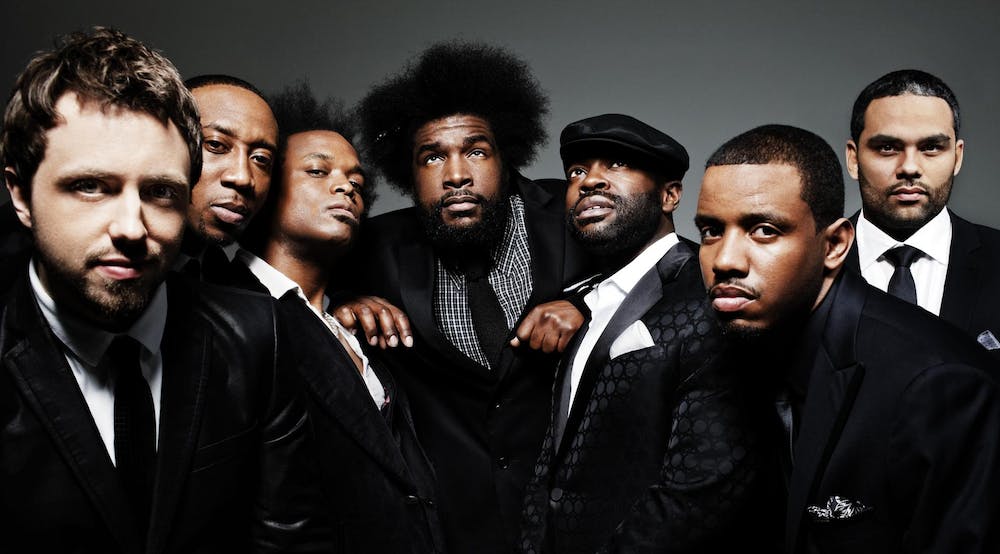 Follow The Roots to get alerts about upcoming events and special deals!

The Roots has played in major festivals like Ravinia Festival, Pitchfork Music Festival

The Roots has upcoming events in Forest Hills Stadium

Without further ado, here are The Roots top 10 tracks of all time:

The Roots' original lineup included Tariq "Black Thought" Trotter (MC) and Ahmir "?uestlove" Thompson (drums), who were classmates at the Philadelphia High School for Creative Performing Arts. As they began to play at school and on the streets, they added a bassist named Josh "The Rubberband" Abrams, who went on to form the jazz group The Josh Abrams Quartet. They later added another MC named Malik Abdul Basit-Smart ("Malik B."), a new bassist Leonard Nelson Hubbard ("Hub"), and a keyboardist named Scott Storch, who eventually became one of the most prominent rap producers in the industry. Another MC, Kenyatta "Kid Crumbs" Warren (see Kid Crumbs on www.youtube.com), was a part of the group for their first album, Organix, but did not appear on any later albums. Yet another MC, Dice Raw, joined on for cameos in later albums. Scott Storch also left to pursue a producing career following the Do You Want More?!!!??! album. The split, however, was on amicable terms: Storch continues to produce tracks for Roots albums to this day. The Roots filled his void with another keyboardist, Kamal Gray, who is still a member.

The Roots performingA beatboxer named Rahzel also joined the group and contributed from 1995 - 1999. Alongside Rahzel was vocal turntablist Scratch, who DJ'd for them during live concerts. He abruptly left in 2003. Malik B. left the group in 1999 due to drug problems but continued to record, making occasional cameos on future albums. A guitarist, Ben Kenney, had a short stint with the group and contributed to their Phrenology album, but left to join Incubus as their bassist. A percussionist, F Knuckles, was added in 2002 and guitarist, Kirk Douglas (a.k.a. "Captain Kirk"), replaced Kenney. A vocalist, Martin Luther, toured with The Roots in 2003 and 2004 and contributed to their Tipping Point album. The group announced in August 2007, to the dismay of fans, that longtime bassist, Leonard Hubbard, was leaving the group. "One of our partners is leaving us tonight, ladies and gentlemen, Leonard Hubbard" (Black Thought @ Moedown 8/31/07). The current members of The Roots are Black Thought (MC), ?uestlove (drums), Kamal (keyboard), F Knuckles (percussion), and Captain Kirk (guitar). Recently, they have toured with sousaphonist Damon "Tuba Gooding Jr." Bryson and Game Theory producer and current bassist Owen Biddle.

All members have worked with PETA to promote compassion for animals and the vegetarian lifestyle.