Best The Cure Songs of All Time – Top 10 Tracks 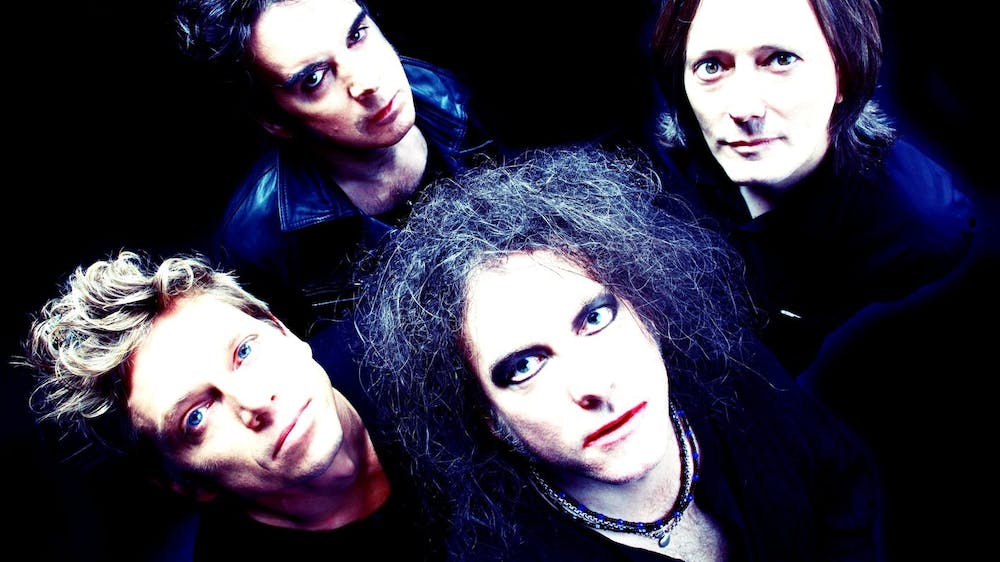 Follow The Cure to get alerts about upcoming events and special deals!

The Cure has played in major festivals like Austin City Limits

Without further ado, here are The Cure top 10 tracks of all time:

It all started in 1976 as 'Easy Cure', formed by Robert Smith (vocals, guitar) along with schoolmates Michael Dempsey (bass), Lol Tolhurst (drums) and local guitar hero Porl Thompson. They began writing and demoing their own songs almost immediately, playing throughout 1977 in Southern England to an ever growing army of fans. In 1978 the 'Easy' was dropped, along with Porl, and an eager trio now known simply as The Cure were quickly signed to Chris Parry's new Fiction label.

In May 1979 their debut album Three Imaginary Boys was released to great acclaim, and as the band toured extensively around the UK, the singles "Boys Don't Cry" and "Jumping Someone Else's Train" were released. Michael left the band at the end of the year, and Simon Gallup (bass) and Matthieu Hartley (keyboards) joined. In early 1980 the 4-piece Cure embarked on an exploration of the darker side of Robert's songwriting, and emerged with the minimalist classic Seventeen Seconds, along with their first bona-fide 'hit single' "A Forest."

After an intense world tour Matthieu left the group, and in early 1981 the trio recorded an album of mournful atmospheric soundscapes entitled Faith, which included another successful single in "Primary." The band then set out on a second global trek, named "The Picture Tour," during which they released the non-album single "Charlotte Sometimes." In 1982 The Cure went back into the studio, and their increasingly ugly fascination with despair and decay culminated in the unrelenting sonic attack of Pornography. An intensely volatile tour ensued, and the single "The Hanging Garden" was released just as Simon left the band.

After pushing the limits of excess, Robert felt he had to change things, and did so by 'going pop' again. Rejuvenated, the now 2-piece Cure released their first real dance single, the cheesy "Let's Go To Bed," and during the making of the accompanying video forged a colorful and lasting relationship with director Tim Pope. The band continued into 1983 with the groovy electronic dance of "The Walk," followed by the demented cartoon jazz of "The Lovecats." In 1984 The Top was released, a strange hallucinogenic mix, which contained the infectiously psychedelic single "The Caterpillar." The world 'Top Tour' saw the band expand to a 5-piece, with the addition of Andy Anderson (drums) and Phil Thornalley (bass), and the return of Porl Thompson (guitar).

The new Cure sound was captured live for the album Concert. Andy and Phil left soon after the end of the tour, and were replaced by Boris Williams (drums) and further returnee Simon Gallup (bass). This new incarnation started work on 1985's The Head On The Door with a very real sense of 'something happening'... The vibrant hit single "Inbetween Days" was followed up by "Close To Me," and the ensuing world tour paved the way for the massive success of the singles collection Standing On A Beach in 1986. That summer saw the band headline the Glastonbury Festival for the first time, and a year of extensive gigs and festivals was crowned by Tim Pope's live concert film The Cure In Orange.

In 1987 The Cure brought out Kiss Me Kiss Me Kiss Me, an immense double album of extreme and extraordinary stylistic range, and with the arrival of Roger O'Donnell on keyboards the 6-piece Cure traveled the world with the 'Kissing Tour', enjoying 4 more hit singles along the way. The wonderfully atmospheric Disintegration was demoed in 1988 and released in 1989, and despite being a work of powerful brooding grandeur, it too gave rise to 4 hit singles. The awesome 'Prayer Tour' that followed, with the band back down to a 5-piece following the departure of Lol Tolhurst, included some of The Cure's best performances to date, and was captured live for the album Entreat.

In early 1990 Roger O'Donnell left the group, and was replaced by long-time band friend Perry Bamonte, just in time for a series of headlining European festival shows that included the band's second Glastonbury headline slot. The album Mixed Up was released, supported by the re-mixed singles "Never Enough," "Close To Me" and "A Forest," and in 1991 The Cure at last won some long overdue "home" recognition with a Brit Award for "Best British Group."

In 1992 they recorded Wish, a richly diverse multi-faceted guitar driven album hailed by some as their best work to date. It spawned 3 fabulous hit singles, and the glorious 'Wish Tour' that followed was a worldwide sell out. The sheer power of the shows inspired the release of two live works in 1993, Paris and Show. Immediately after the tour ended, guitarist Porl Thompson left the band again (this time with a smile!), and The Cure headlined the XFM 'Great Xpectations Show' in London's Finsbury Park as a 4-piece. The band also contributed '"urn" to the film "The Crow" and covered "Purple Haze" for the Hendrix tribute album 'Stone Free'.

In 1994 Boris Williams decided to move on, and in early 1995 Jason Cooper took up residency behind the drum kit, with Roger O'Donnell rejoining once more on keyboards. Work on the next album was interspersed with recording "Dredd Song" for the film "Judge Dredd," a cover of Bowie's "Young Americans" for an XFM album, and headlining several major European festivals, including the 25th Glastonbury. Wild Mood Swings was released in 1996, and went straight into almost every top ten around the world. The Cure hit the road once more with 'The Swing Tour', their longest to date, and released 4 more singles.

Galore, the follow up singles and video compilation to Standing On A Beach, was released in 1997, after which work took place in 1998 on a variety of projects, including "More than This" for the "X Files" album, and a memorable appearance by Robert in "South Park!" In 1999 the band completed the recording and mixing of what many regard as their best studio album so far, the Grammy Nominated Bloodflowers. With it's release in 2000 the band set off on the massive world-wide 'Dreamtour' - playing to more than a million people in 9 months.

2001 saw the long awaited release of the Cure's "Greatest Hits" album, which featured all the band's biggest selling singles along with 2 new songs, the elegiac "Cut Here" and the ebullient "Just Say Yes," a duet with Saffron. This year also saw the end of the group's relationship with Fiction Records, the label they had been instrumental in starting 23 years before.

In2002 the band spent the summer headlining a number of European Festivals before going into rehearsals for two very special nights in November at the Tempodrom Berlin, where they performed all the tracks from Pornography, Disintegration and Bloodflowers plus encores! Both performances were shot in Hi-Def video on 12 cameras, and Trilogy DVD was released in 2003 as another chapter of The Cure story opened, the band signing a 3 album global deal with the Geffen label.

2004 saw the release of Join the Dots, a 4cd Boxset of all the B-sides and Rarities, followed by the widely acclaimed new album The Cure, and another hugely successful world tour. In 2005 Perry Bamonte and Roger O'Donnell left the band and Porl Thompson joined for a third time. The quartet's debut show was headlining Live 8 Paris, followed by a number of other summer European Festivals. The first 4 Cure albums were re-released, with Robert providing 'rarities' for extras CD's, as part of an ongoing campaign to remaster and re-issue all the Cure albums, and work began on a live DVD. The band started recording their 13th studio album in spring 2006... to be continued...