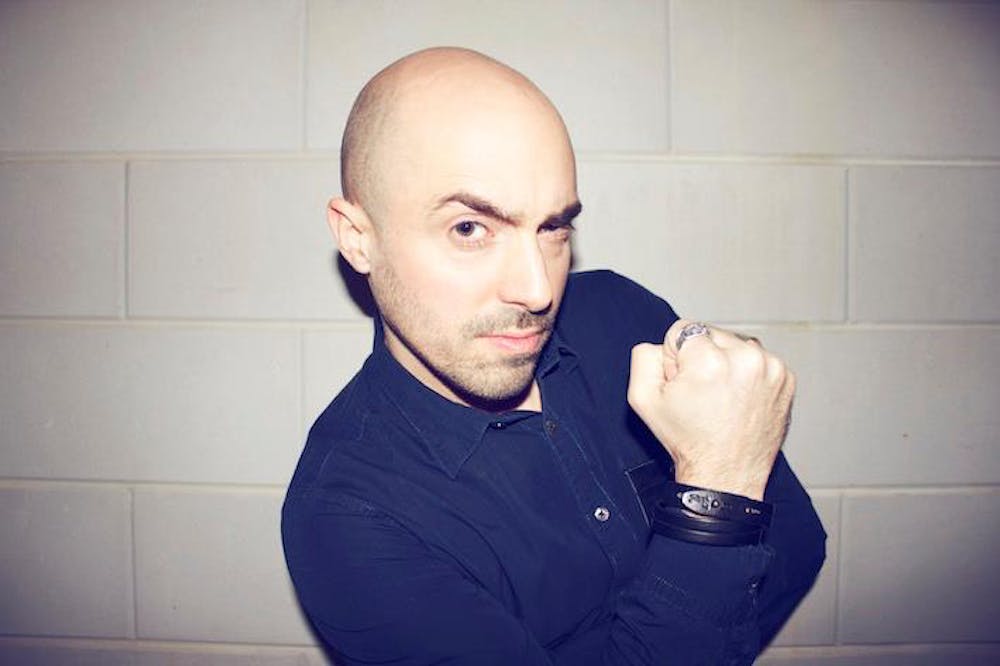 Follow Technasia to get alerts about upcoming events and special deals!

For thirteen years Technasia has created a unique east/west fusion that moves seamlessly from the Paris club scene, to the streets of Hong Kong, to the hippest techno venues in Europe.

Without further ado, here are Technasia top 10 tracks of all time:

2. All I Want - Technasia Remix

For thirteen years Technasia has created a unique east/west fusion that moves seamlessly from the Paris club scene, to the streets of Hong Kong, to the hippest techno venues in Europe. Founded by Charles Siegling and Amil Khan in 1996, Technasia thrived as a duo for almost a dozen years. Now, Charles has gone solo, taking Technasia into 2010 as a one-man project. Unlike a Hollywood divorce, the parting between Siegling and Khan is truly amicable. Hong Kong-based Khan retired from Technasia to spend time with his young family. “You have to live this scene every single day,” says Siegling, “It’s very consuming, Amil didn’t want that anymore.”

Despite the change, Siegling has always been the ‘front man’ in terms of DJing and performing live, so Technasia is as thrilling and full-bodied a live experience as ever. If anything, Siegling is even more determined to infuse every aspect of Technasia with his utter absorption in sound, the passion born of 25 years engrossed in electronic music. Born in Paris and raised in an 11th century chateau, Charles grew up listening to everything from Depeche Mode, Jimi Hendrix to Legendary Pink Dots and Einstuerzende Neubauten. His music-loving dad even introduced him to early British rave tunes. As a university student he continued his musical education the clubs of Paris listening to the likes of Derrick May and Robert Owens; and taking note of the records Laurent Garnier and DJ Deep played on their radio shows.

In the mid-90s Siegling, who did a degree in film studies, went to check out the Hong Kong cinema scene. There, a mutual friend introduced him to Amil Khan and after they discovered a shared taste in electronic music, Technasia was born. They chose to base Technasia and their record label Sino in Hong Kong because there was no scene there, no record shops, no underground, no infrastructure. It was initially a battle for survival, but the location is vital to the Technasia ethos of music as communication. “Language is THE ultimate barrier,” says Siegling. He strives to overcome the barrier in his own life by picking up languages wherever he goes – he speaks Mandarin, Cantonese, Spanish and Italian, among others – but ultimately he chooses to communicate through sound. “Electronic music is the greatest language of all. No words, just the vibration, the emotion and the beat.”

Charles has a burning ambition to create music that transcends cultural barriers, and to captivate every audience. The proof of his success is in the list of clubs and festivals Technasia has played. Fans around the globe, from China, to Colombia, to the Czech Republic, know Technasia’s classic anthems including ‘Force’, ‘Oxide’ and ‘Evergreen’. And they know that every Technasia show takes the music to new heights. When DJing, Charles always plays on three decks, showcasing the old-fashioned arts of cutting and scratching. Live, Technasia takes audiences on an unforgettable ride. Charles literally becomes a one-man band, playing keyboards, percussion and acoustic instruments. He even sings. Anything to create irresistible energy and atmosphere. “I want my audience having fun,” explains Siegling. “Not falling asleep, or going off to the bar for a beer.”

The performance aspect of Technasia is complemented by artist albums ‘Future Mix’ and ‘Popsoda’ – which are modern classics. Siegling is also an outspoken promoter of young talent, using the Sino imprint as a launch pad for talent including Joris Voorn, Renato Cohen, Steve Rachmad and young Catalan producer Dosem. He has straightforward criteria for what makes a Sino artist: talent and individuality. Charles is refreshingly direct – he has no patience for industry politics – and he seeks out musicians who have a similar strength of character and clarity of purpose. “I share my knowledge with artists who deserve a push,” says Siegling. “So when they are ready to fly, they can do it on their own.”

2010 is a red-letter year for Technasia fans, thanks to the release of third artist album ‘Central’. Technasia’s first ‘solo’ LP, ‘Central’ marks the evolution of their trademark sophisticated, intelligent techno. “It represents a continuity of all the albums, it builds from them,” Siegling explains. “It grew out of new ways of combining melodies emotions and energetic beats.” Technasia is undertaking an extensive tour to promote ‘Central’ and remix support comes from the likes of Jerome Sydenham, Edwin Oosterwal and Dosem through a series of EPs entitled 'Central Remixed'. No wonder Siegling is bubbling with delight: “This is my legacy,” he says proudly. “This is what people will remember me for.”

2012 opens on exciting note as Charles joins the agency of the nutso Vagabundos folks, lead by Luciano, with several EPs to be released on Cadenza Records during the course of the same year and several dates at Pacha & Ushuaia in Ibiza.

No upcoming events with Technasia