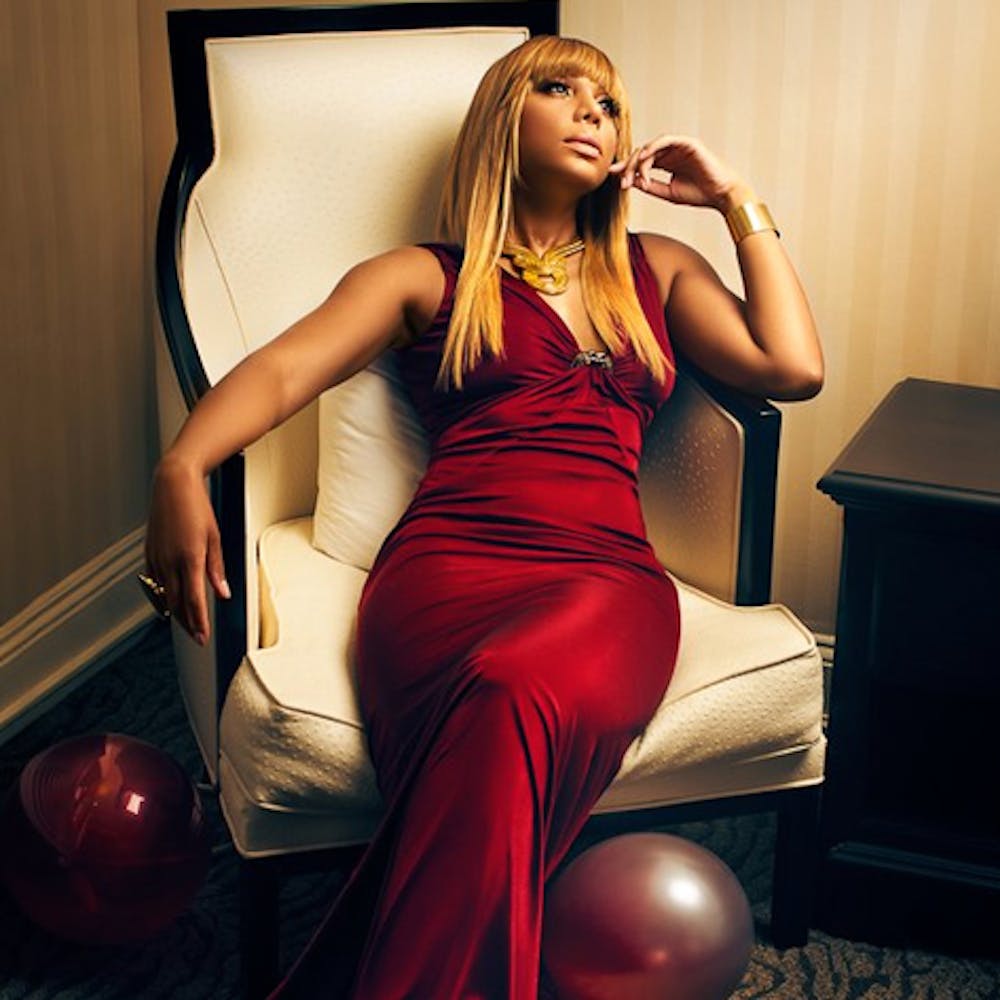 Follow Tamar Braxton to get alerts about upcoming events and special deals!

Ever since she was a young girl, Braxton dreamed of being a singer, songwriter, producer and television star.

Without further ado, here are Tamar Braxton top 10 tracks of all time:

Ever since she was a young girl, Braxton dreamed of being a singer, songwriter, producer and television star. Fanning the flames of her musical vision was a backstage encounter with Whitney Houston. At the time, a 14-year-old Braxton was singing background vocals for her sister Toni. “Whitney said to me, ‘Your voice is amazing! You’re going to be a star,’” recalls Braxton.

And while the realization of Braxton’s musical dream might have taken longer than planned, she says it’s still right on time. “I’m a perfect example of God having another plan for me than what I had in mind,” she says with a laugh. “No matter how good the situation, it just seemed like nothing would never ever happen. Now with everything starting to happen, I realize it all boils down to timing. But singing has always remained everything for me.”

Love and War, Braxton’s album, offers a diverse mix of impassioned and impactful songs threaded together with pure soul. Heartfelt and honest, the set brims with deep emotion and searing honesty painted against a modern R&B backdrop.

One of the first songs she cut was the title track and debut single. She co-wrote the ballad’s lyrics with legendary writer LaShawn Daniels, whose credits fittingly include Whitney Houston (Michael Jackson, Usher), and Makeba Riddick (Beyoncé, Rihanna). The no-holds-barred song explores the push and pull of a relationship as well as how real love can weather any storm. Over a slow sultry beat, Braxton’s soulful soprano simply captivates.

“I’d experienced love, but I never experienced passion until I met my husband,” reveals Braxton. “This song is the soundtrack to our relationship. We fight hard, but we love even harder. We get through everything, and we keep going strong.”

As did the single. It spent ten weeks at No. 1 on Urban AC and reached No. 13 on Hot R&B/Hip-Hop Songs, racked up more than 7 million views on YouTube and gave Braxton her first Centric Award at the 2013 BET Awards. “The award let me know,” says Braxton, “that I was on the right path.” Saucy follow-up single, “The One,” is following the same trajectory.

A veteran performer who began singing backup vocals for her older sister Toni at age 12, Braxton was also a founding member of R&B group The Braxtons with Toni and their siblings Traci, Towanda and Trina.

“I found the sound I’d been looking for within myself for years,” recalls Braxton. “I’d never had the chance to go as deep as I did. The vocals just poured out of me. I also let the music pick itself. You can’t make or force a personality or feeling onto an artist. It never works.”

Music isn’t the only way the creative Braxton expresses herself. She executive produces and stars in the WE tv reality hit “Braxton Family Values,” which comes back for a new season in November. Originally created and spearheaded by Braxton and sisters, the show soared as the cable network’s highest-rated television show. Braxton also co-stars alongside her music manager husband Vince Herbert on WE tv’s spinoff Tamar & Vince. Its second season premieres on Sept. 5.

Elsewhere on the TV front, Braxton co-hosts and produces FOX-TV’s “The Real” which recently rated #1 as the highest rated test-run in talk show history. Braxton reveals, “‘The Real’ is one of the best things to ever happen to me. I get to chat with a group of women and its feels like happy hour in the middle of the day.”

A fashion force as well, the multi-tasking Braxton launched her own fashion line, “Get Your Life,” through Bravado in 2012.  Dedicated to “real chicks”—as its creator eloquently puts it— and inspired by Braxton’s catchy, colorful hashtag phrases (#getyourlife, .com) on “Braxton Family Values.”

In the meantime, Braxton’s frank and sassy writer alter ego will surface again in Fall 2013 with the release of her first book, “Love and War.” Co-penned with husband Herbert, the tome examines both sides of the relationship equation. Readers will “get a detailed and honest look at the yin and yang,” pledges Braxton.

But first things first. In what continues to be a banner year, a tireless Braxton is getting ready to bring her music to her “Tamartian” fans live across the country. In conjunction with Love and War, the singer will open for Grammy Award winner John Legend during a national six-week tour that kicks off in October.

“Everything I’m doing is liberating my different sides: sister, wife, girlfriend and entrepreneur,” declares the glowing new mom. “Now, with Love and War, it seems SHE has it all.”