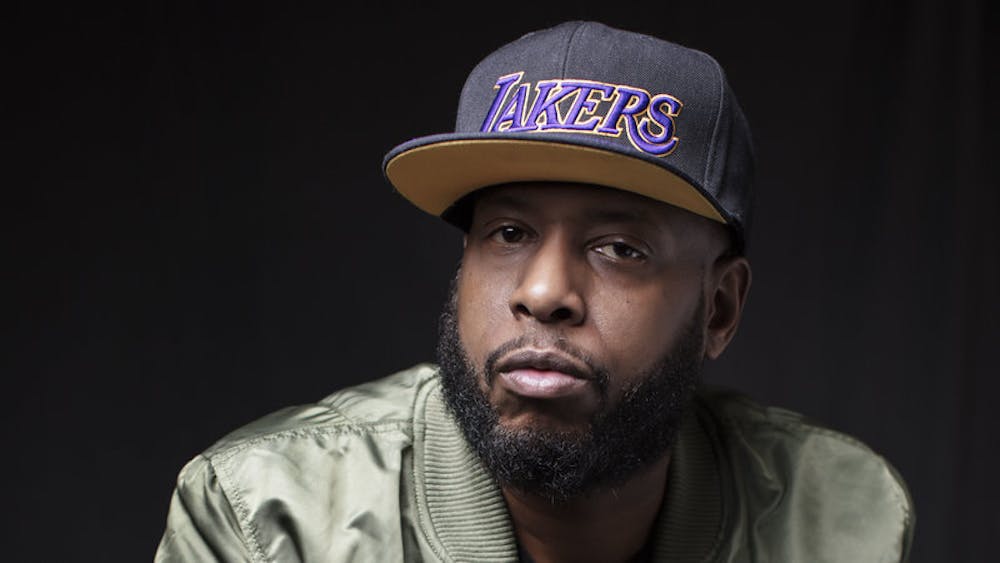 Follow Talib Kweli to get alerts about upcoming events and special deals!

As it was, however, the earnest MC became one of the most critically successful rappers of his time, which dawned in the late '90s when he rapped alongside Mos Def and DJ Hi-Tek as part of the group Black Star.

Without further ado, here are Talib Kweli top 10 tracks of all time:

6. Never Been In Love

As it was, however, the earnest MC became one of the most critically successful rappers of his time, which dawned in the late '90s when he rapped alongside Mos Def and DJ Hi-Tek as part of the group Black Star. This trio of up-and-comers and their widely acclaimed self-titled 1998 album debut, Black Star, helped make Rawkus Records one of the premier underground rap outposts of the late '90s. Kweli and Hi-Tek then collaborated as a duo on Reflection Eternal (2000), which firmly established them apart from Mos Def, who had gone solo. For a moment there, Kweli and his Rawkus associates seemed like a full-fledged movement -- a return to the sort of hip-hop associated with the so-called golden age. However, it wasn't to be. Rawkus somehow lost its momentum, and its roster sadly dispersed, leaving Kweli on his own to carry the torch. He continued his output, beginning with a proper solo debut, Quality (2002), and though he didn't rack up towering sales numbers, he remained a critical favorite. In fact, he was one of the most admired and respected rappers on the major-label circuit during the mid-2000s, best evidenced by Jay-Z's famous Black Album rhyme: "If skills sold, truth be told/I'd probably be, lyrically, Talib Kweli."

Born in Brooklyn as the eldest of two sons born to college professors, Kweli's first name, Talib, is an Arabic name meaning "the seeker or student," while his last name is a Ghanaian name meaning "of truth or knowledge." He began developing his literary gift in elementary school, when he'd write short stories, poems, and that sort of stuff. It wasn't until years later in high school that he turned to hip-hop as an outlet for his self-expression. There in high school he met a young Dante Smith, better known today as Mos Def. This fateful meeting further drew Kweli toward hip-hop, and another fateful meeting further convinced him that he had a bright future as an MC. During a 1994 trip to Cincinnati he met Tony Cottrell, aka DJ Hi-Tek, who at the time was part of a local rap group called Mood. Kweli impressed Hi-Tek during their time together, and the DJ invited the MC to guest on several tracks for Mood's 1997 album Doom. Shortly afterward, Kweli and Hi-Tek formed a partnership as Reflection Eternal and recorded "Fortified Live," which a then-fledging Rawkus label released on its first Soundbombing compilation.

A year later in 1998, the two invited Mos Def into the mix, and the Black Star album resulted. And with it came a steady downpour of critical acclaim that turned these guys into media darlings overnight. They might not have sold millions of albums, but Kweli, Hi-Tek, and Mos Def most certainly impressed a great many people, among them critics, fellow rap artists, and a lot of folks who enjoyed a good old-fashioned hip-hop album with an emphasis on beats, rhymes, and life -- not dramatized gunplay or interpolations of proven pop songs. That was the end of Black Star, however. In 1999 Mos Def released his debut solo album, Black on Both Sides, and turned away from music and toward an acting career, leaving Kweli and Hi-Tek on their own. The duo returned to their Reflection Eternal partnership and released an album of the same name in 2000. It spawned a few minor hits: "Move Somethin'" and "The Blast."

When Kweli returned with his Quality album in 2002, things had changed a bit. For one, he was truly solo. Mos Def was long gone, and Hi-Tek was off focusing on his own solo career as a for-hire producer. So Quality featured Kweli collaborating with a host of different artists, among them a young and promising yet still largely unknown producer named Kanye West. "Get By" was the fruit of Kweli's collaboration with West, and it became the rapper's biggest hit to date, aided quite a bit by a non-album remix featuring Jay-Z of all people. The remix got a lot of radio play, but still, Quality didn't put up Jay-Z numbers and Kweli remained a critical favorite, a reputation cemented all the more in late 2003 when Jigga gave him the aforementioned high-profile shoutout in "Moment of Clarity."

All of this set the stage very well for The Beautiful Struggle, which dropped in fall 2004. The expectations for the album were gargantuan because of the Jay-Z rhyme, and also because a great many hip-hop disciples felt Kweli was long overdue for a commercial breakthrough. The album was undoubtedly his most commercial effort to date, featuring a few token radio-ready hook singers like Mary J. Blige and Anthony Hamilton, not to mention a roster of hitmaking producers like the Neptunes, Just Blaze, and Kanye. It was also Kweli's most self-conscious to date, however, as it was well apparent that the commercial pressures had begun to affect his mindset. He responded by splitting from his distributor, Universal, and lying low for a while, releasing a stopgap mixtape, Right About Now (2005) via Koch.

In anticipation of his next solo album, Kweli collaborated with producer Madlib on the digital-only Liberation, which was made available as a free download during the first week of 2007 on the Stones Throw website. Finally, in August of that same year, Kweli issued the full-length album Eardrum on his own label, Blacksmith, via a partnership with Warner Brothers. Debuting at number two on the Billboard 200 and selling about 60,000 copies in its first week, Eardrum was Kweli's best-selling album to date and features beats from not only Madlib but also Hi-Tek, Kanye West, Pete Rock, and will.i.am, among others, and features guests like Norah Jones, UGK, Justin Timberlake, and Strong Arm Steady. Jason Birchmeier, Rovi

No upcoming events with Talib Kweli