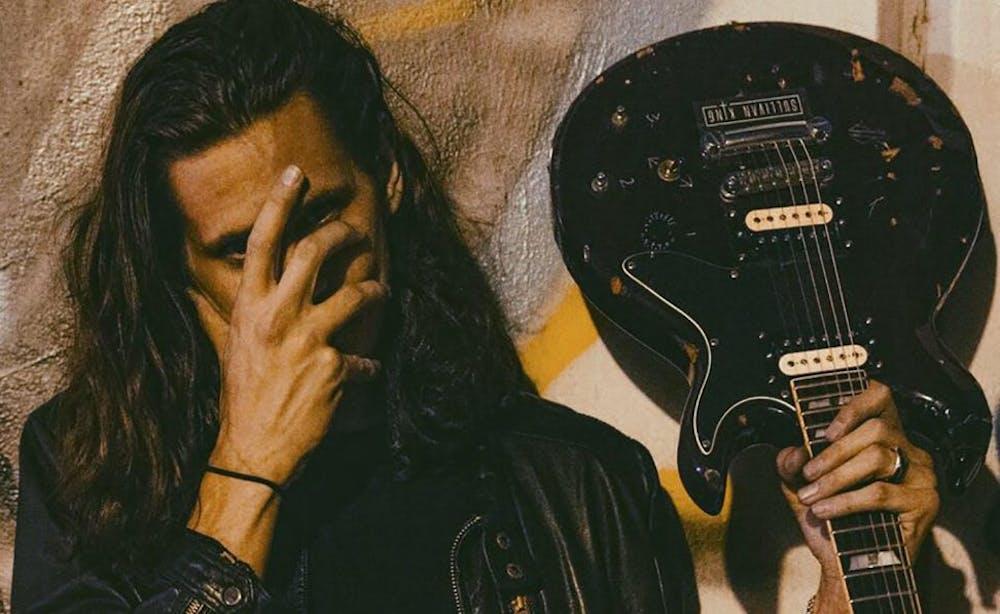 Follow Sullivan King to get alerts about upcoming events and special deals!

Sullivan King is the under-the-radar rebel with a mighty cause: The Los Angeles-based multi-instrumentalist/producer and solidified guitar god is setting out to shatter the mold and to disrupt the electronic world-one lick at a time.

Without further ado, here are Sullivan King top 10 tracks of all time:

Sullivan King is the under-the-radar rebel with a mighty cause: The Los Angeles-based multi-instrumentalist/producer and solidified guitar god is setting out to shatter the mold and to disrupt the electronic world-one lick at a time. Lifting the brash and rugged energy of bass music off the dance floors and the power of metal and hard rock from the stadiums, Sullivan King creates a musical mosh pit built entirely on rapid-paced, neck-snapping dubstep, intensely shredding guitars and a bold live show that pushes the boundaries of modern music performance.

Launched in early 2014, the Sullivan King project is the artistic creation of Keaton Prescott, whose musical DNA is composed of one-half metal and one-half bass music. He initially discovered his love for music in his early teens after his mother encouraged him to pick up a hobby outside of his everyday humdrum. Like the sword of King Arthur, the guitar beckoned; with a fist in the air, he answered the call and never looked back. After discovering the music of Van Halen, via his father, Sully took a headfirst dive deep down the rabbit hole of guitar-based music. He soon discovered the progressive rock sounds of post-hardcore and emo/screamo from the aughts via his brother-at first coming across bands like From First to Last, Chiodos and Atreyu-and then explored the metalcore noise of acts like Escape the Fate, Bullet for My Valentine and Avenged Sevenfold. Altogether, these artists opened the floodgates and laid the foundation for his developing obsession with heavy metal, care of genre icons Pantera, Metallica and the like.

Fast-forward a couple of years later when Sullivan King discovered the sounds of EDM after countless hours spent on hardcore gaming, where artists like Skrillex, Avicii, Rusko and Wolfgang Gartner ruled the sound waves across global online gaming communities. It was in 2012 at the now-defunct Sunset Strip Music Festival, however, when he witnessed the analog spirit of punk rock come to life via the digital workings of a DJ and his decks as the notorious Steve Aoki manned the stage. Suddenly, it all clicked.

Keaton's newfound love for EDM begot a cultural crossroads where bass music and metal live in a harmonious yet hellish balance. After exploring and perfecting his trademark sound at the revered Icon Collective Music Production School in Los Angeles, he set off to launch his solo artist career. And thus, Sullivan King was born.