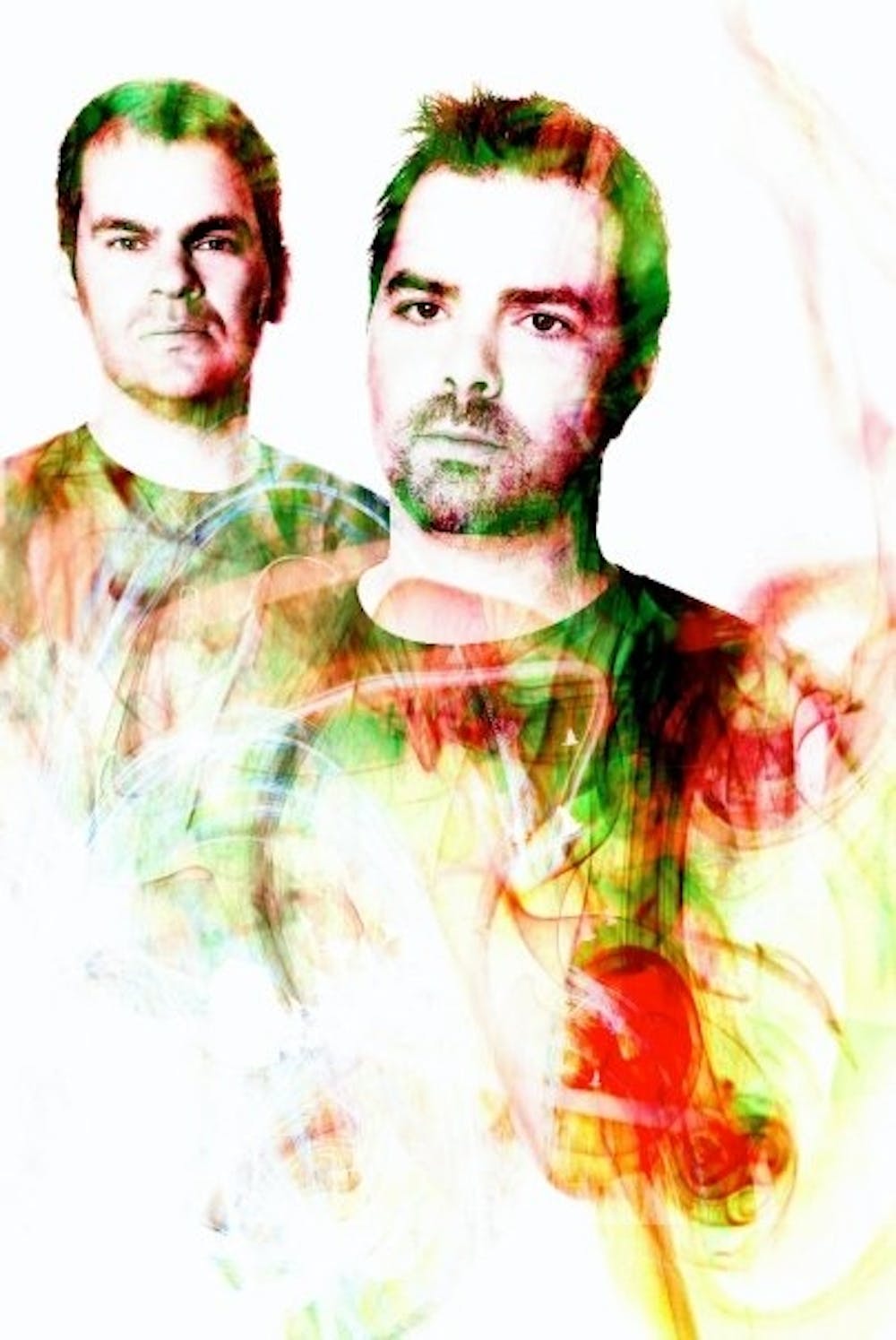 Follow Stanton Warriors to get alerts about upcoming events and special deals!

"Dance music generally has got smaller, but in our world, it's grown.

Stanton Warriors has performed in venues such as: Sky, Ace Cafe, The Black Box, Catch One, Fabric, Public Works, Ora

Without further ado, here are Stanton Warriors top 10 tracks of all time:

"Dance music generally has got smaller, but in our world, it's grown. If I talk to a bunch of house DJs, they'll be moaning: I don't get paid so much, no-one one wants to kiss my ass anymore, I don't get paid £10,000 a gig anymore. Us breakbeat people are playing main stages. We're not in the backrooms any more, we're not leftfield anymore. We're mainstream." – Dom Stanton

The Stanton Warriors have been busy. Over recent months they've pulled together their debut artist album, rolled out the follow-up to 2001's acclaimed, mega-selling Stanton Sessions Vol 1, and pumped up releases on their own Punks label. That would be enough for most folk but the Stantons are busy on a supersonic scale. Take their DJ schedule: not content with killer slots at Fabric and Manchester's Sankey's Soap, Dom and Mark, both from Bristol, have been spreading their sonic freshness to audiences across the world. They are huge in Australia, wildly popular in the Far East and South America and massive with dancefloors in Canada and the USA. Why? It's all in the edits, the grooves and deep down and dirty in the mix.

But before we slide out onto the dancefloor, let's stop a minute. The Stanton Warrior's debut album is a party-twisting selection which rolls it out, Stanton style – and still makes space for their own take on gorgeous, heavy downbeat like on unexpected highlight Still Here, featuring Eska.
"The track with Eska is really beautiful, but with a raw, heavy beat. That'll be a big surprise for people."

The first single from the LP, Pop Ya Cork which features the world's fastest rapper, Twista, gave the first hint that TITLE TBC would be a killer collection. The tune was a number one hit with both Radio 1Xtra's Jay Da Flex and Pete Tong.

TITLE TBC is an exercise in amping up the fresh. It features nuggets from singers who straddle genres including reggae (the bass'n'breaks boost Twist And Shout featuring Sandra Melody) soul (Tina Gray's on the jewellery-box moment, Slip Away). Detroit techno styles on Blue, raw, rolling breaks on Hope Time featuring the Revd. Jesse Jackson. It's all underpinned by the Stanton's trademark breakbeat sound – take the sub-bass power of opener, Adventures In Success and closer We Are The Warriors.

" There are three strings to the album," says Dom. "There's a hip hop angle, there's the way we put soulful, jabby vocals over breakbeat and there's the world of house. We're just breaking off and doing our own thing. We've got singers and rappers and instrumental moments and deep house styles and a heavy Stanton Warriors feel."

That Stantons feel includes a collaborative nugget with Rodney P, the killer Dip 'n' Get Low. "In the early garage days we were the first people to use MCs. This time round we wanted proper up-tempo hip hop rappers, not like some garage kids who are all attitude and no skill. So we asked various performers like Rodney P."

It is, they say, a homage to hip hop, to ghetto house and to 80s electro disco. In similar style, tracks in the pipeline are in progress with they're also after '80s hip hop star Big Daddy Kane and The Beatnuts. "Kane's hip hop was always very up-tempo – not very far removed from breakbeat. He was one of the best in the world. Add in some heavy beats and it's a match made in heaven."

Part II of TITLE TBC is the long-awaited Stanton Sessions Vol 2. Where part one introduced the world to then-new acts like The Streets ("I heard him on pirate station and really liked him. I thought he'd be big"), Vol 2 showcases Stanton edits of some hot new tunes: M.I.A's brutal Bucky Done Gun, The Gorillaz, LCD Soundsystem, Mylo and oldies including Guy Called Gerald's northern classic Voodoo Ray. Dom played the whole thing at Fabric recently and the dancefloor reaction proved that Vol 2 retains the Stanton's killer punch.

"It'll have something for heads to get into, tunes for trendy kids, moments for 9-5ers - not too much urban, not too much indie - basically, a good block party mix. We're very into the art of the party mix."

The album was recorded over two years, with sessions finishing early this summer. By the end, they had 50 tunes in the bag, and have hand-picked the finest of their sonic brews. It's been quite a journey: three years ago their East London studio was broken into and "robbed blind by crackheads" who also relieved the duo of their hard drive. So they moved into a windowless studio in the West London Rollover Studios complex where they settled down into hyper-productive tune creation – and found a number of peeps to draw into their new release: these included "a few ragga guys, some hip hop MCs, some accomplished singers and they're hunting down London's newest up and coming hotblood, Desafo. "He knocks all the grime guys out of the window. He's done a little 16-bar thing, Beatnuts did something too. It just adds to the blockparty feel. It's fresh."

So what next? Aside from some well-established hook-ups with American's vast booty bass scene ("there's Orlando this, Detroit that – but it's all about big basslines") and keeping on top of their Punks label, they'll be touring the Far East and Australia, planning their live shows and "turning down remixes 'cos they take up too much time."

And of course, there's Carnival. "We do a big party every year, this year in a warehouse in the thick of it with various exciting guests and loads of rappers. It's the perfect place to hear our music – a diverse selection of people and a really big sound system."

And that is the Warrior credos in a nutshell.