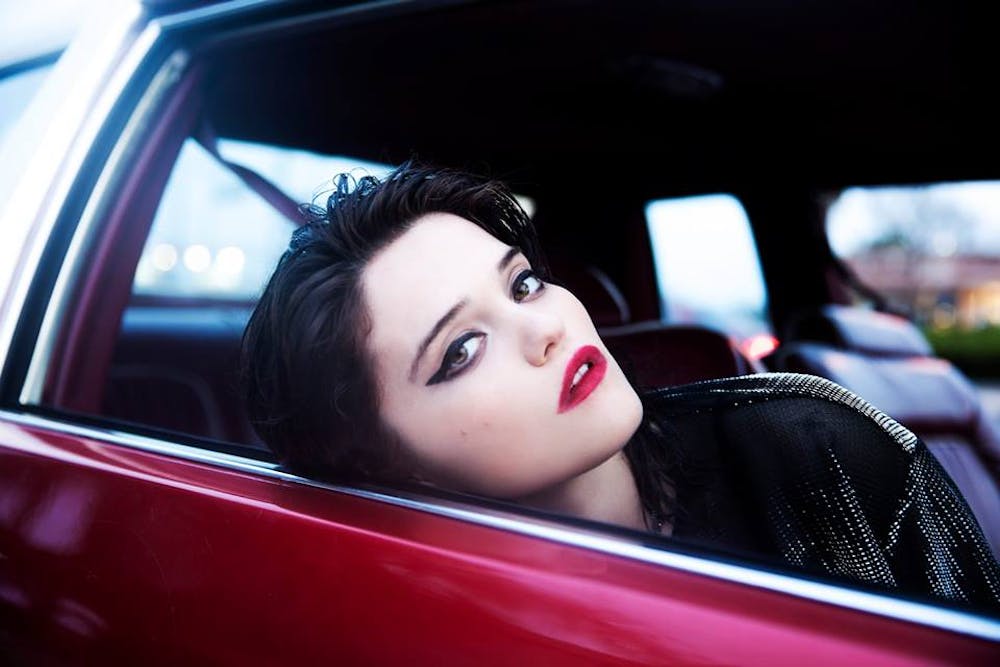 Follow Sky Ferreira to get alerts about upcoming events and special deals!

Sky Ferreira has performed in venues such as: Desert Daze

Sky Ferreira has played in major festivals like Desert Daze

Without further ado, here are Sky Ferreira top 10 tracks of all time:

4. Lost In My Bedroom

5. Cross You Out (feat. Sky Ferreira)

Sky Ferreira (born July 8, 1992), is an American singer-songwriter of Portuguese descent, model and actress from Los Angeles, California, United States. In July 2009 she signed a record deal with EMI.

Ferreira got her start in her hometown of Los Angeles. She sang gospel songs in church throughout her childhood. At age 13, she started taking opera lessons to refine her singing voice. She spent the next few years maintaining a MySpace profile where she uploaded various tracks. Shortly before her 15th birthday, she caught the attention of Swedish producers Bloodshy & Avant by sending them a message through the social networking site. The producers were impressed and subsequently decided to work with her.

Ferreira signed to Parlophone in July 2009. She subsequently appeared in the video for Pop the Glock by Uffie and starred in the 2010 film Putty Hill directed by Matthew Porterfield. In June 2010, Ferreira appeared on the cover of Jalouse magazine after being featured in Dazed & Confused, Interview, Purple and Nylon. Ferreira is due to star in an upcoming Diesel campaign with Kristin Prim, which will be her first major advertising appearance.

One, the album’s first European single was released on June 1, 2010. The song was performed on numerous live performances, and charted in the UK at number sixty-four. Obsession, the album’s first North American single was released on September 14, 2010. The song is featured on the Vampire Diaries soundtrack. Obsession debuted at number forty-four on the US Hot Dance Club Songs Chart before moving to number thirty-seven the following week. In 2011, Ferreira made Entertainment Weekly’s “11 to Watch in 2011” list.