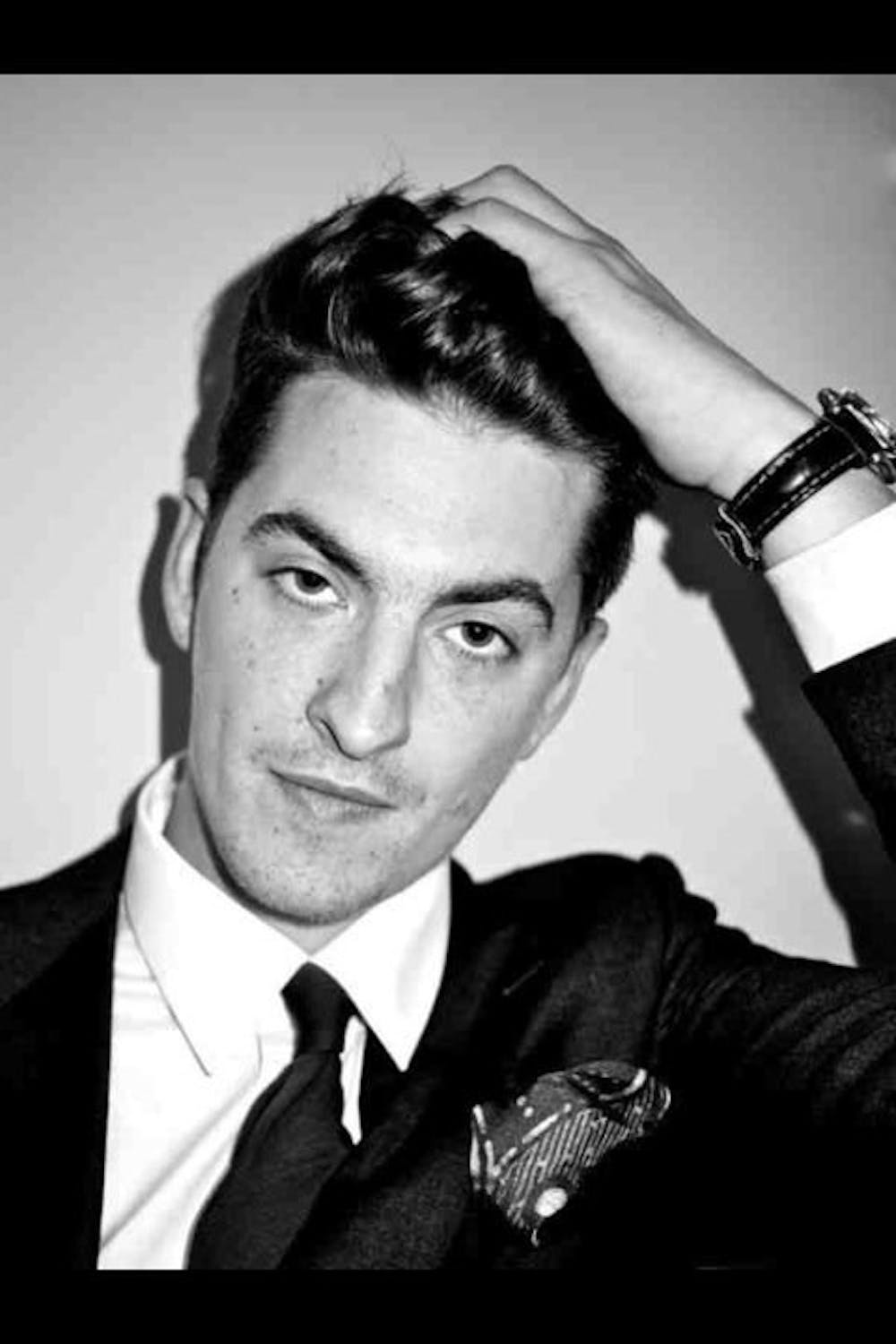 Follow Skream to get alerts about upcoming events and special deals!

The 24 year old Croydon DJ, producer and original dubstepper had the festival anthem of last year with his Let's Get Ravey remix of La Roux's 'In For The Kill'; he's just been featured on the cover of NME with his Magnetic Man co-stars Benga and Artwork; and as we speak, he is all over Radio 1 with the first single from his second solo album, Outside The Box.

Without further ado, here are Skream top 10 tracks of all time:

1. In For The Kill - Skream's Let's Get Ravey Remix

5. Shot Yourself In the Foot Again

The 24 year old Croydon DJ, producer and original dubstepper had the festival anthem of last year with his Let's Get Ravey remix of La Roux's 'In For The Kill'; he's just been featured on the cover of NME with his Magnetic Man co-stars Benga and Artwork; and as we speak, he is all over Radio 1 with the first single from his second solo album, Outside The Box. The tune in question, 'Listenin To The Records On My Wall', is the perfect introduction to why Skream's current level of success is just the beginning. It's a joyful, ragingly energetic celebration of the last quarter decade of British street music, inspired by the hardcore and jungle records used by his older brother Hijak who was part of Grooverider's Internatty Crew. It's also a brilliant pop record that makes perfect sense to everyone who grew up surrounded by the breaks and beats of the 1990s – and to those who didn't.

This, however, is not a revival record. A natural born modernist, Skream has selected 14 tracks that cover hip hop ('8-Bit Baby', with LA rapper Murs from Living Legends), bass-wobbling dubstep (the self-explanatory 'Wibbler'), dreamy electronica ('Perferated'), a dark and tribal track with La Roux, and a strong dose of euphoric jungle on 'The Epic Last Tune'; a track that is inadvisable to listen to whilst driving – unless you want another six points on your licence.

A lot has happened since the 16 year old Skream left school with no GCSEs and a top-flight training in white labels and nightclubs. "I hated school and school hated me. I was rarely there and rarely wanted to be there. When I first saw music being made on a PlayStation, that was it. There was never going to be anything else. I know people who got 5 A-Cs but now they look like they're dying of boredom." He started working at Big Apple Records in Croydon, a place that holds the same place in street-up dance music as Rough Trade does in punk. Arthur 'Artwork' Smith and Danny Harrison, 2-Step remixers du jour circa 1998, had a studio upstairs and when Skream and Benga weren't downstairs in the shop, they were watching and learning from their local masters at work. "The shop helped me grow up to be not a dickhead in terms of talking to people I didn't know. You'd get builders coming in buying garage records and you'd have top distributors. I met so many different people from different places."

In the early days of dubstep he and his Big Apple posse made music for themselves and a select band of listeners. There might have been 20 people at FWD>>, the night where resident DJ Hatcha first played Skream's records, and where he first DJed, but it didn't matter. Gradually, more people got involved, drawn in by the raw power of the music and well-documented tipping points like Mary Anne Hobb's Radio 1 show and an influential online forum. And if they heard anyone, they heard Skream, who became an enthusiastic regular on the international dubstep circuit and made an early anthem in 'Midnight Request Line'. "That tune was when people from the mainstream started looking into the underground. They weren't embracing it, they were like 'wow there's this movement'… and they moved on." Then, in 2006, he got the parts to Hot Chip's 'No Fit State' and began playing it out. The following year he contacted The Klaxon's record label for the parts to 'Not Over Yet', stripped it down, added synthetic rushes and major bass power, and made it his own. Then came La Roux. Skream's now infamous remix of "In For The Kill" that got leaked, downloaded thousands of times, and then before long Annie Mac was championing it, urging listeners to get the mix to Number One.

He has always made tunes at an incredible rate: he has two albums (Skream! in 2006 and Outside The Box), two compilations and 81 tunes released since 2003 and many hundreds more he's played during DJ sets. There are 872 finished songs on the hard drive he's been using since 2007 (and about the same on the hard drive he used between 2001 and 2007) and at least 20,000 song files in his current studio which is still in his old bedroom at his parents house, which is useful for both continuity and tea and toast on tap. "I work at a fast rate. If I'm not into an idea after 25 minutes I start something else."

Outside The Box is the sound of an artist who is ready to take his considerable talents to a wider audience without compromising any of the raw, hedonistic, emotional, loose-yourself madness that has made him literally legendary to the hundreds of thousands of people worldwide. Take 'Where You Should Be' a song which could have been made by Mike Skinner had he spent his whole life inside nightclubs, and features singer and songwriter Sam Frank. "I don't think I'll ever be sick of that track. I've easily listened to it 500 times. It's not fundamentally for the dancefloor." There's the 8-bit computer game inspiration of 'CPU'; the Daft Punk styled vocals of 'How Real' feat Freckles; the tuff but soothing heart-beat of 'Fields Of Emotion' and the Jocelyn Brown-sampling 'I Love The Way', which sees the first lady of disco pitched right down ('she sounds well mannish") and which you might have heard at Skream's massive festival sets at Pukkelpop, Glastonbury or Roskilde, where he and Benga began their crowd-surfing habit.

Towards the end of the album, there are moments that point in a whole new direction, like 'Reflections', a tune written with talented drum 'n' bassheads dBridge and Instra:mental. "It's opened my eyes to a whole new way of working. I was playing the bass, and they were programming drums and playing the pads and strings. I was used to sitting in front of a screen." And then there's 'Song For Lenny', a sad and very personal musical dedication to a lost friend.

Album aside, life's busy for Oliver Jones. He's back DJing after taking some time out at the start of the year, switching up his DJ sets to include 4/4, techno, garage and grime – in fact there's a brilliant track with Newham Generals 'I Can't Wait' that missed the album tracklist by a whisker – and, most weeks, hosting his Rinse FM show–now alongside Benga–where listeners get to hear new tunes and Skream and Benga's inimitable banter. There will be a bonus edition of the album with another four or five tracks on it, and another Skreamizm EP later in the year, as well as the Magnetic Man live shows and album. It's going to a big summer, inside and outside the box.