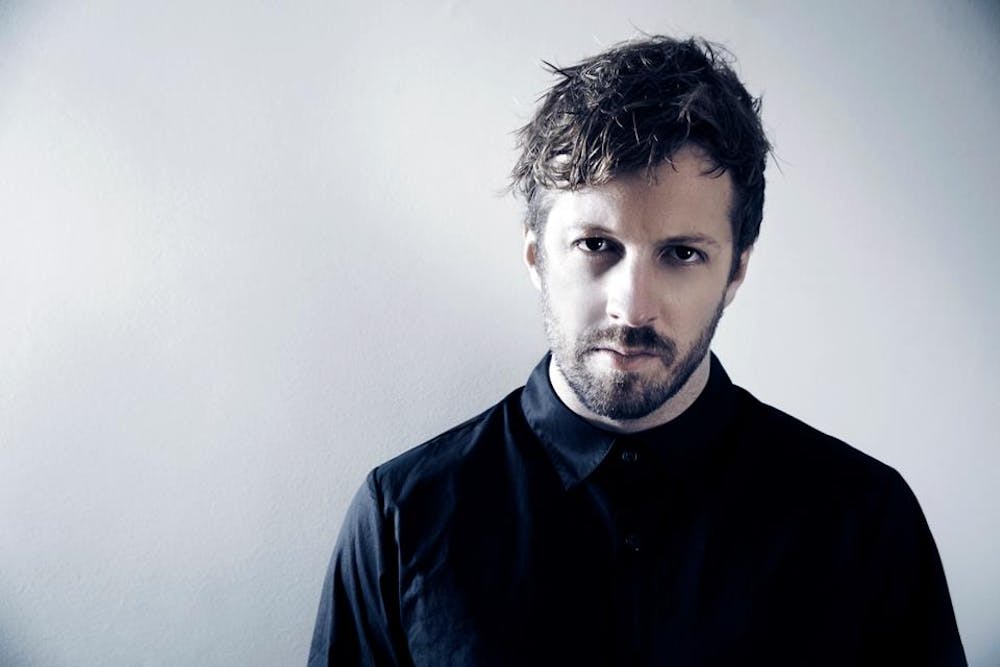 Follow Shockone to get alerts about upcoming events and special deals!

Hailing from Perth, the epicentre of the Australasian drum and bass scene, ShockOne aka Karl Thomas is fast becoming one of bass music’s major talents. Since the release of 'The ShockOne EP' in 2009, which featured the chart topping 'Polygon', ShockOne has been one of the hottest names in the scene.

Shockone has performed in venues such as: Home The Venue

Without further ado, here are Shockone top 10 tracks of all time:

Hailing from Perth, the epicentre of the Australasian drum and bass scene, ShockOne aka Karl Thomas is fast becoming one of bass music’s major talents.

Since the release of 'The ShockOne EP' in 2009, which featured the chart topping 'Polygon', ShockOne has been one of the hottest names in the scene. 'Polygon' received major air-play worldwide with high-rotation play listing on Australia's Triple J radio and Radio 1's Annie Mac penning it as, 'The biggest drum and bass tune out'. The EPs three drum and bass tunes achieved the top 3 spots on Beatport’s drum and bass chart, and 'Adachigahara's Theme' stayed at number 1 on the dubstep chart for over a month. Following this, ShockOne released his remix of the Brookes Brothers epic 'Crackdown' on Viper Recordings 'Acts of Madmen' LP which was labeled "Album of the Week" on Zane Lowe BBC Radio 1.

ShockOne followed up his debut EP with his highly anticipated 'Re-fix' EP, a collection of VIP's and remixes of the massively successful 'ShockOne EP'. The EP featured Phetsta's dubstep remix of 'True Believer' which was featured in Pendulum's 2010 Essential Mix on Radio 1, as well as the Dirtyphonics remix of 'Polygon' which was featured on Andy C's 'Nightlife 5' mix, as well as hitting #1 on the BBC 1Xtra charts. Following on success of two massive EPs under his belt, ShockOne's remix discography began rapidly expanding, with mixes for: Netsky, Chicane, Cutline, Mutya Buena & Agent X, Skepta, and Ayah Marar.

In mid-2011, ShockOne released 'Crucify Me', an epic drum & bass/dubstep anthem in which ShockOne also showed his versatility as a vocalist. The single which would serve as the first sneak peak at his forthcoming debut album, 'Universus'. This was followed by the second single, 'Relapse', a dubstep track featuring Sam Nafie on vocals, as well as a blazing dance floor remix by Tantrum Desire.

2012 saw Shockone relocate to London to make his own mark in the spiritual home land of dance music, and what better way to do it than the genre bending, production epic that is 'Chaos theory'. Arguably the most ambitious piece of music in Shockone's entire discography, Chaos theory is a cinematic journey featuring the voice over work of Corey Burton. The success this release received was nothing short of spectacular, holding the #2 beatport (only behind Skrillex/Nero collab), #1 on track it down, and #1 on tunes dance Australia, above Swedish house mafia and Skrillex. The tune received high rotation airplay on Triple J radio Australia, was selected as Crissy Cris's 'Ace of clubs track' on BBC 1xtra, featured in Drum sound and bassline smiths Radio 1 essential mix and received extensive DJ support from Knife Party, Nero, Chase & Status, Matrix & Futurebound, Sub Focus, xKore, Excision, Camo & Krooked, 501, Drumsound & Bassline Smith, Delta Heavy, DJ Hype, and many more. The year of the apocalypse saw Shockone tour extensively with two sellout solo tours of Australia, constant sold out shows throughout Europe as well as headlining slots at festivals such as Creamfields, The Big day out, Stereosonic, and Origin NYE in Perth.

Amidst such a hectic touring schedule Shockone has some how found time to complete his highly anticipated debut LP 'Universus'. A sonic journey representing the lifespan of a universe. The scope of this semi concept album is nothing if not ambitious. Penned for release in April 2013 the album show cases the wide ranging musical expertise of Shockone taking the listener on a multi genre'd odyssey all the way from the big bang with 'Singularity' and 'Chaos theory', right through to the collapse of Shockone's universe with the Vangelis inspired modern day electronic symphony that is 'Light cycles'. Universus is set to be one of the highlights of dance music this year, stretching the boundaries of what we consider Bass music.

No upcoming events with Shockone