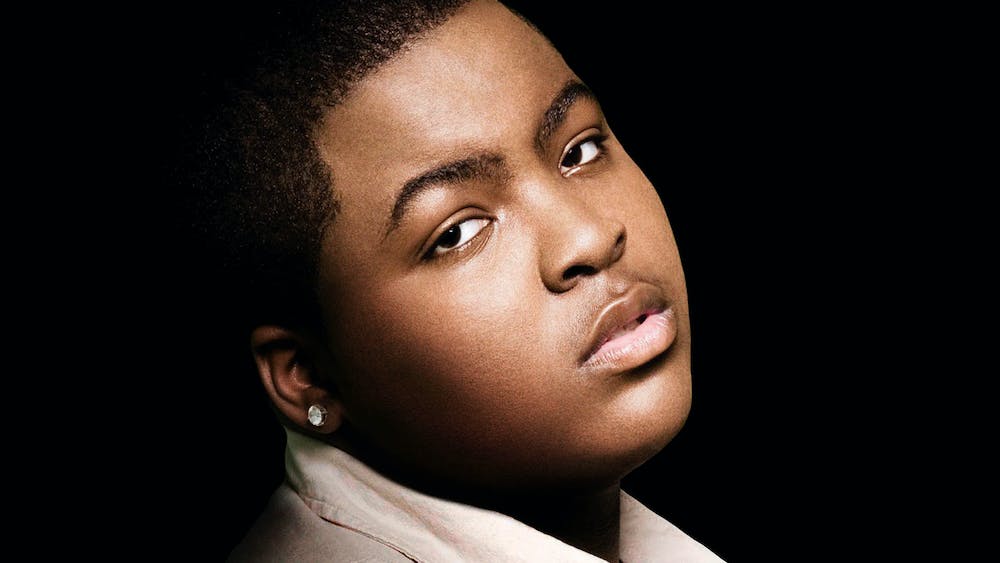 Follow Sean Kingston to get alerts about upcoming events and special deals!

Sean Kingston is not just a new face in popular music; he's accomplished the rare task of creating a new genre where rap, reggae, pop, doo-wop and remarkable songwriting all combine into something totally refreshing.

Without further ado, here are Sean Kingston top 10 tracks of all time:

Sean Kingston is not just a new face in popular music; he's accomplished the rare task of creating a new genre where rap, reggae, pop, doo-wop and remarkable songwriting all combine into something totally refreshing. Add in Sean's family roots, which cite Jamaican legendary producer Jack Ruby as his grandfather, and you have one of the most exciting debuts this year. And while hip-hop lyrics have sparked the biggest debate in years, Sean finds himself in the center of the controversy - but not where you might think. The teen prefers to show his creativity without using profanity.

It's no wonder then that Sean is quickly becoming a household name with his first single “Beautiful Girls,” a song cross-pollinating on both urban and pop radio stations coast to coast. The unmistakable hit boasts the instant hook of “Stand by Me” which acts like a muse for the song produced by savant J.R. Rotem. Sean, who is the flagship artist on J.R.'s label Beluga Heights, will release his debut album Sean Kingston on July 31 via Beluga Heights/Epic.

“I heard the track ‘Stand By Me,' one night in the studio while listening to the radio and asked J.R. if anyone had ever used that sample. He made the beat immediately and I wrote down the lyrics within an hour – it happened very quickly. I loved the way it turned out and I think my sound is a lot different than what else is out there. It all just worked and we knew we had something special with the track. I'm also singing about something people can relate to – I'm singing about being in love with someone who you think is your world but they don't see it that way and you have to end the relationship.”

Kingston wants to make it clear that he is no cookie cutter artist that has the songs mapped out for him - he comes up with 100 percent of his lyrics. Sean also understands that as a 17 year-old making urban music he has a responsibility to fans, “With this album I thought it was important to not use curse words or negative language that might offend people. I write my own songs so it's like if I can write a great track without using those words, then that's the style for me.” Sean continues, “As an artist, my whole goal is to make powerful and classic album. I want everyone to feel my music and understand my heritage and that's what this album will do. The music is all about the authentic Sean Kingston vibe. J.R. is a talented dude and a dope producer and he heard that I had something different to offer from other artists out there. Together we're a powerful force and I'm ready to share it with the world.”

Sean talks about J.R. more like a big brother, rather than an Executive Producer of his album. Last spring Sean reached out to J.R. on MySpace. Sean was drawn to J.R. because he was young and hungry like himself and felt like the music he was making was the type of music for him. Rotem emailed him back. J.R. almost had no choice. “Sean would hit me up at least three times a day!” J.R. says.

“He had a real distinct sound,” Rotem remembers. “I worked with some of the best and I don't see why Sean can't grow to be one of them. His potential is limitless.” Rotem invited Sean for a meeting in Los Angeles; coincidentally the young performer was already in the process of moving to California. Shortly after their initial meeting, Rotem had his flagship artist for his Epic records joint venture, Beluga Heights. For Sean, it was a prophecy beginning to be fulfilled. Not only is music his love, it is in his blood. Now Kingston says he's looking forward to making timeless music and living out his dream.

In just a short time, Kingston has already done what few in his age bracket can accomplish - get people excited about music again. His album is shaping up to be filled with a string of hits including the second single “Me Love,” “Got No Shorty,” “There's Nothin,” “I Can Feel It” and “Take You There.”

Perhaps one of the most eye opening tracks is “Dry Your Eyes” where Sean visits the hardship of watching his mother and sister be sent to prison when he was just 15 years-old. He sings to his mother and tells her not to be saddened that she's away from the family and to know that they're always there for her.

“I always had my brother,” he began to explain. “But when my mother and sister went away, it took a lot out of me. My sister went away for four months and my mom has been away for over a year now. When she went away, I thought to myself, this is too much.' I was only 14. I missed her like crazy but I pulled through and used it as my motivation. “Dry Your Eyes” is a defining song on the album for me because it touches on something that's very personal to me and the dope melody that's on there makes me feel even closer to it.”

Sean has a certified hip-hop knocker on his hands with the reggae remix of “Colors” (Reggae Remix) which features the legendary Vybz Kartel and the always profound Kardinal Offishall. The track, which was released this past Spring, was received really well by the industry as a first look from Sean and will appear on his album as a bonus track. “Unity and representation is where Colors came from,” Kingston elaborated. “The song is about representing whatever flag that you're loyal to – whether it is Jamaica, the States, your block etc. It's a lifestyle record that can be a street anthem no matter where you're from and where you at now. The reggae version came up because I wanted to do something special for my roots in Jamaica. The first person I thought of was Vybz Kartel. His verse came out crazy. Then Kardinal, that's my homie, really attacked the track.”

“In the future I want to have my own label and work on the business side,” he said. “I went to acting school when I was younger, so I want to revisit that one day. I want to get into every aspect of the business and see where it takes me. I'm grateful for the fact that my music is able to bridge genres – I'm ready to do that will any business opportunity that comes my way – it's always been important to for me not to limit myself.”