Best Portugal. the Man Songs of All Time – Top 10 Tracks 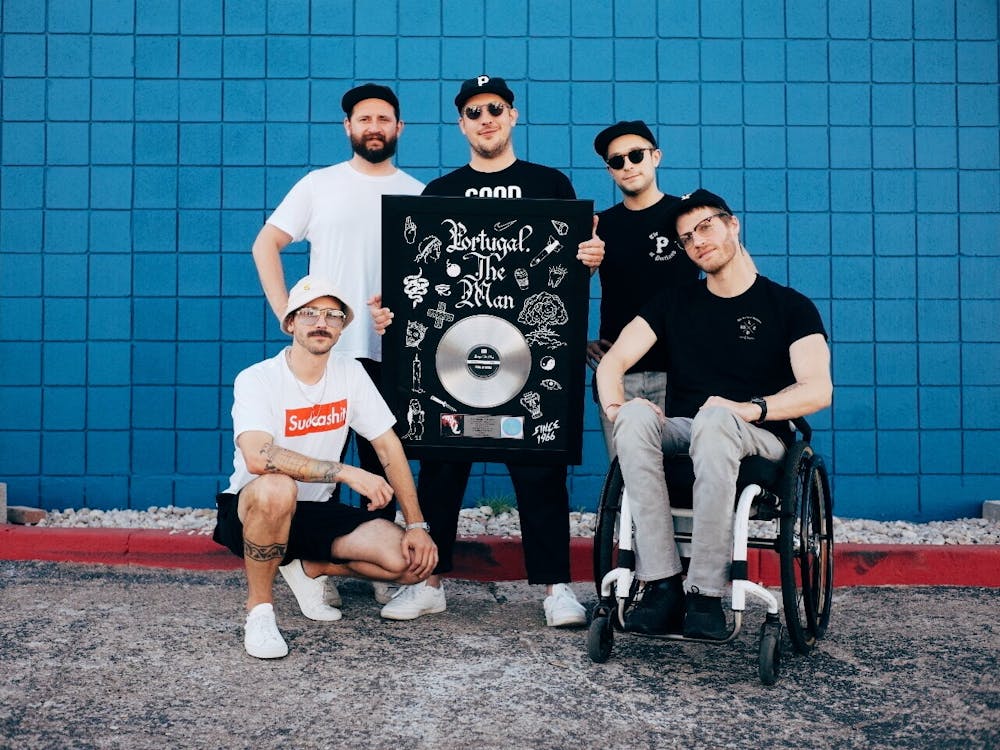 Follow Portugal. the Man to get alerts about upcoming events and special deals!

By now, the peripatetic trail etched out by Portugal.

Without further ado, here are Portugal. the Man top 10 tracks of all time:

4. Live in the Moment

By now, the peripatetic trail etched out by Portugal. The Man is well documented. The band’s nomadic path snakes down the Cascades, starting first in Wasilla, Alaska (yes, the very same city whose identity has been hijacked by a certain celebrity politician, one who we shall not mention again here), and then eventually settling in amongst the puddles and monochromatic haze of Portland, Oregon. There were Iditarod-racing parents, wooden cabins tucked deep in the woods, and the sort of upbringing that skews the very notion of convention. But let us end that chapter of Portugal. The Man’s lore and move forward.

In The Mountain In The Cloud marks Portugal. The Man’s sixth full-length in as many years also marks the band’s debut for Atlantic Records. Carrying forth the momentum triggered by their unexpected rise in 2006, and their FM airwave success of “People Say” (from 2009’s The Satanic Satanist), In The Mountain In The Cloud continues the pattern of an album per calendar year, a feat made all the more staggering when you consider the band’s fervent devotion to the open road, logging over 800 shows—performing everywhere from freight elevators to a mesmerizing set at Bonnaroo—since their inception. In The Mountain In The Cloud marks the first recording by the band to accurately harness their onstage energy; it’s a recording that places Portugal. The Man’s devout work ethic and singular vision on full display.

While the lineup of John Gourley, Zachary Scott Carothers, Jason Sechrist, and Ryan Neighbors are firmly dedicated to the rock and roll scripture—record, tour, repeat as necessary—Portugal. The Man still remain unsettled on the outskirts of any set genres. With untethered roots, the band offers an audible adaptability, one unlike anything offered by their peers, that allows their music to form over a gradual incubation process. Songs are birthed and then organically evolve over the course of the band’s seemingly endless slate of tour dates, along with the sliver of downtime they allow themselves.

“That’s one thing that we do on tour, we jam and it gives us a good feel for what we can do,” says Gourley, who often pens Portugal. The Man’s songs in a isolated setting; his parent’s home in Willow, Alaska. “Even if I’m writing a song by myself, it’s constantly written around what the band does and around the things that they like.” He continues, “I’ve been really into trying to structure songs properly, it was something that I was really scared of doing in the beginning. I think it’s just playing in a band, you come across chord progressions that you know you’ve heard a million times, so you end up getting into this really bad habit of making these really weird, obscure structures and being a little bit too obscure with melody.”

That isn’t an issue with the dynamic “Got It All (This Can't Be Living Now)” or the sprawling vision of “Sleep Forever,” the ambitious closing number to In The Mountain In The Cloud. The texturally rich “Sleep Forever” softly builds around the tender refrain of Gourley as he makes a morbid confession (“As I finally meet my end I won't be scared, I won't defend the things I've done”) before building to a fevered pitch and unfurling in a swirling mass of backing vocals. The spacious “You Carried Us (All You See)” and bouncy “Senseless” seamlessly expand on the foundation laid by the band’s previous work, yet the coruscate radiation of the slinking “Head Is a Flame (Cool With It),” or the muted political overtones of opener “So American” (where Gourley explains, “There’s a madness in us all”), offer a glimpse of a band naturally progressing in real time.

“We trust each other,” explains Gourley. “They trust me when it comes to the editing of the song, and I trust them when it comes to just writing their parts. Nobody’s trained in music, we just go and play the things that we play and basically just do what we do.”

Arduously recorded over a nomadic stretch of 2010, In The Mountain In The Cloud was captured on tape in El Paso, New York, San Diego, Los Angeles, and finally Seattle. At the helm was producer John Hill (Santigold), along with co-production assistance courtesy of Gourley and the band’s longtime collaborator Casey Bates. “It was a really intense recording process,” says Gourley. Hill’s experience and anomalous point of view meshed with the band’s vision for the album. “I really love that Santigold record,” explains Gourley. “John really helped in the band be the band… he pushed us to do what we wanted.” Following that, the album was placed in the loving hands of Andy Wallace (Nirvana, Jeff Buckley) for mixing.

Portugal. The Man’s insatiable need to create extends far from the recorded product itself, as the band has a detailed hand in their painstakingly assembled artwork—courtesy of The Fantastic The, a collective teaming of Gourley and longtime art director Austin Sellers—unique stage backdrops, merchandise, and just about all other façades of an image that they lovingly control. But much like art, control can be relative, and in the past the band has happily offered the raw artwork files from The Satanic Satanist to fans; asking them to reinterpret and recreate the album’s sprawling artistic vision, and thus continuing a long open dialogue between Portugal. The Man and their followers.

And of course there is the issue we can’t ignore here, that of a band with a unique and hardwired DIY pedigree signing to Atlantic Records. While our punk rock muscle memory might be trained to react vehemently against bands that are seduced into putting ink to page on a major label contract, keep in mind that the Portugal. The Man and Atlantic Records relationship was the result of a long, mutually respectful courtship. While their new label has a well-documented history of famed recordings left in its wake, it was Atlantic’s artist development that brought the band into the fold. As Gourley explained in a gushing open letter to the band’s fiercely loyal flock, “We are people. We are people that happen to love music, we happen to live, eat, sleep, think and love within this bubble of music.” He continues, “Don’t expect to hear from our mouths things like paying our dues, or working towards this moment. No mention of eating poorly or sleeping on hardwood floors. That is what we do for music. We did not go through all that because we thought one day we would hit our payday, we did it because we love what we do. This will not change… It is who we are.”