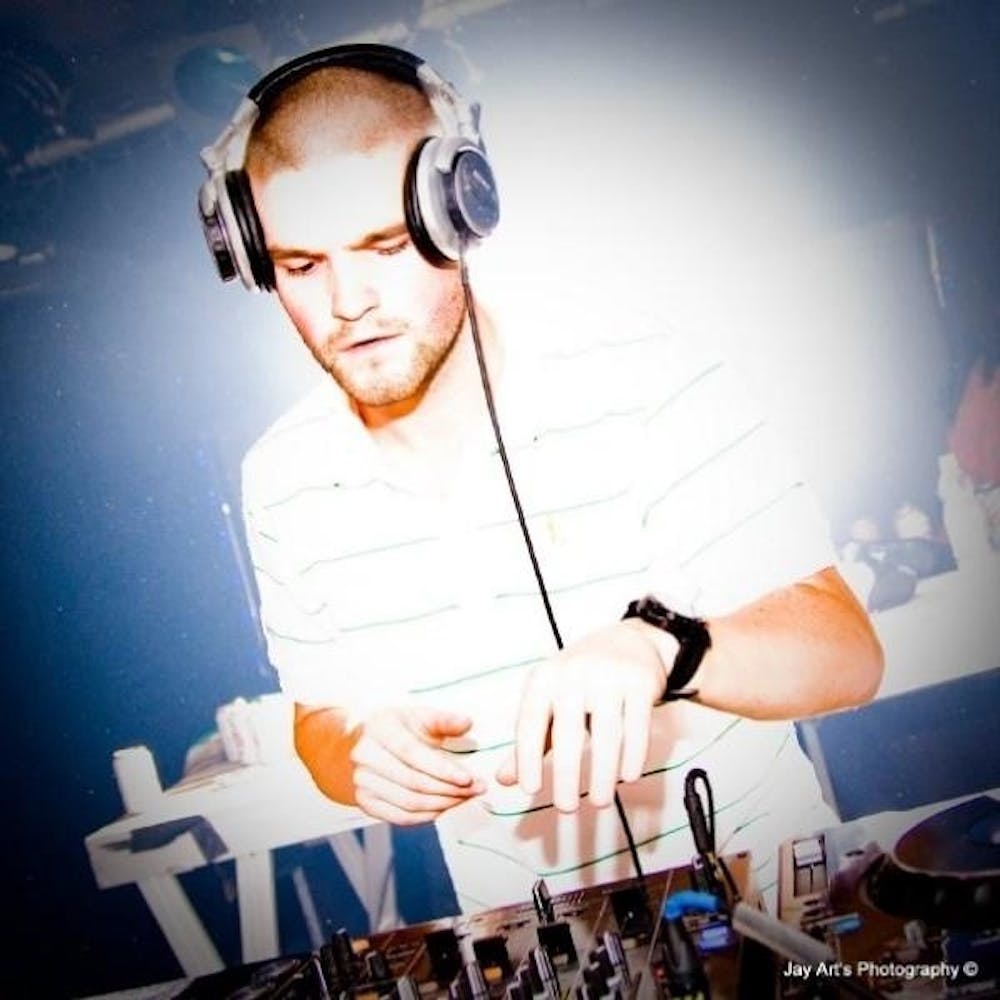 Follow Plastician to get alerts about upcoming events and special deals!

Plastician aka Chris Reed started DJ'ing in 1999 after gaining interest in the UK garage scene which was emerging on the pirate radio stations of London.

Plastician has performed in venues such as: Metropolis

Plastician has upcoming events in Metropolis

Without further ado, here are Plastician top 10 tracks of all time:

6. Music Won't Love You Back

Plastician aka Chris Reed started DJ'ing in 1999 after gaining interest in the UK garage scene which was emerging on the pirate radio stations of London. He eventually gained the skills to earn himself a spot on a small pirate station called Desire FM, with a collective known as the Fearless Crew. After a few months of hard graft on Desire, Plastician and the rest of the crew moved onto South London based pirate, 2G FM - where they found a home for a good year before eventually splitting, leaving Chris to find his feet as a lone DJ. It was then that he became more involved in the music industry, getting himself a job at a distribution company called Streetsales - it was here he would gain knowledge of the way the industry worked from the inside, which led to him trying his hand at production - to further his career as a DJ by attracting more attention to his name. Plastician was then known as Plasticman, and he had various releases in 2002 on labels such as Soulja, Road, Slimzos and Contagious. He was fastly becoming a hot property in the newly emerging genre we now label as grime. 2003 was a big year for Chris, he earned himself a DJ set at the established night "FWD", and began to really establish himself as a DJ / Producer within both the dubstep and grime movements. Early in 2003, Terrorhythm Recordings was founded by The Plastician (still known as Plasticman then). It was an outlet for his own productions, with releases by himself and Mark One in the first year. After 6 months of FWD playouts and Terrorhythm releases, Rephlex took note of his production skills and signed him to their label for the release of the groundbreaking "Grime" compilation. He also gained a slot on Rinse FM, a station which boasts the discovery of artists such as Dizzee Rascal, Wiley and Roll Deep. 2004 saw The Plastician tour all over the globe - meaning he was the first UK artist to ever play dubstep or grime in many of the world’s major countries outside of the EU. This is following a good few years of touring and playing across Europe, solidifying his importance to the genres he represents. This trend has continued to this very day, as he remains one of the scene's biggest ambassadors. In 2005 Plasticman officially changed his name to The Plastician to avoid any confusion between him and Richie Hawtin, this name change was synchronised with his move from Rinse FM (London's biggest pirate radio station) to BBC Radio One, where he would host the station's first ever dedicated grime and dubstep show in the beginning of 2006. After spending 18 months at the BBC, Plastician moved back onto pirate radio station Rinse FM in 2007, beginning a show in his new Monday night slot with co-host and long time friend MC Nomad. The show rapidly became one of Rinse FM’s most listened to shows and has become staple listening for dubstep fans ever since the switch. 2008 saw the much delayed but highly anticipated release of Plastician’s debut album “Beg To Differ” on his own Terrorhythm imprint. Releases from Joker shortly followed on the label – another artist who has gone from strength to strength since his first releases. To this day Joker is still working closely with Terrorhythm where he is managed in house by co-owner Charles Holgate. With the much increased popularity of Dubstep in the UK market alone, Plastician has been extremely busy playing gigs all over the world in 2008 and 2009, with barely any time to work on music production his sets have become more galvanised and have been described by some publications as “surgically precise”. It is not unusual for Plastician to get through records at ridiculous pace, which is something he works on all of the time.