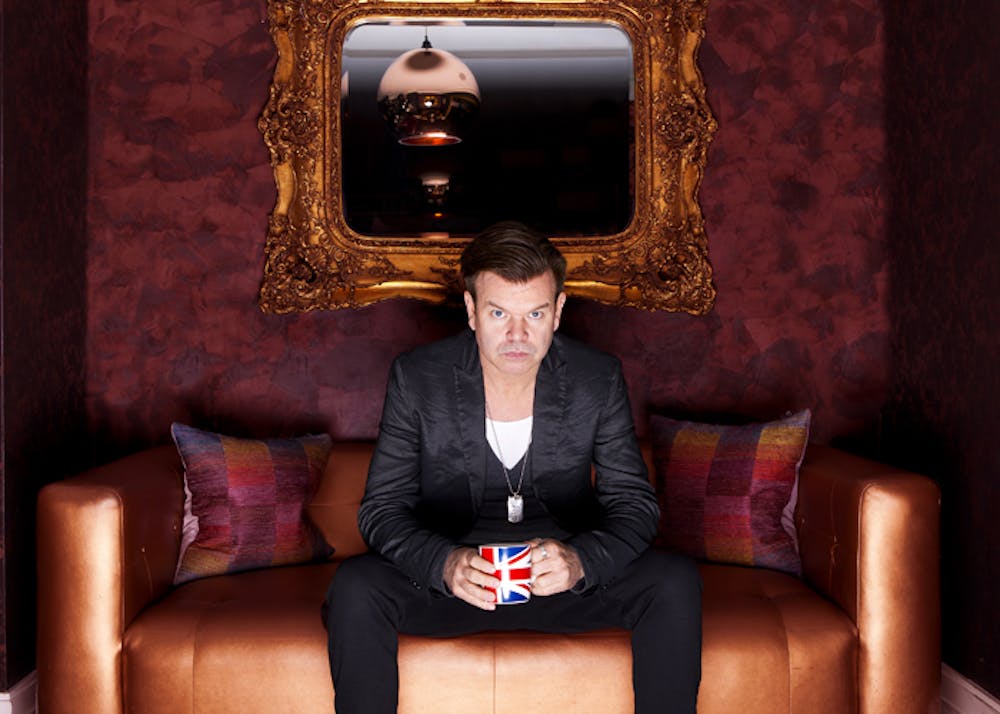 Follow Paul Oakenfold to get alerts about upcoming events and special deals!

When it comes to a career the magnitude of Paul Oakenfold it’s hard to encompass one of the true legends of electronic music into just words.

Paul Oakenfold has performed in venues such as: The Exchange, Time, Treehouse, Spire, Echostage, The Ritz Ybor, Clé Nightclub, Clé Dayclub, Beyond Wonderland, The Midway

Paul Oakenfold has played in major festivals like Beyond Wonderland

Paul Oakenfold has upcoming events in The Midway, Beyond Wonderland, Sky, Marquee Theatre

Without further ado, here are Paul Oakenfold top 10 tracks of all time:

When it comes to a career the magnitude of Paul Oakenfold it’s hard to encompass one of the true legends of electronic music into just words. For over 3 decades he has elevated and shaped an entire genre and remains one of the leading forces in the global music scene today.

His most recent works have taken him from the DJ booth of the worlds hottest nightspots and festivals to the studio producing soundtracks for Hollywood blockbuster movies. His diversity in artistry and ability has earned him accolades from critics and fans alike. Garnering him not 1 but 2 Grammy Nominations for his works.

But lets take a step back. The son of a musician, Paul came up as a young DJ in the late70s spinning Funk in Covent Garden. Not what some might have expected from one of Trances preeminent masters. But he knew then music would be his life. In the80’s 2 life-changing trips took place. The first in 1984 where he spent several months living in New York City working as A&R man for the famed Champion Records signing DJ Jazzy Jeff and the Fresh Prince, as well as Salt-n-Pepa. He also became promoter and British agent for the Beastie Boys and Run-D.M.C.

The second trip and more contemporary influence was in 1987 which brought Paul to the White Isle of Ibiza. Here he discovered the Balearic sound that flowed through the Ibiza air at clubs such as Amnesia. Inspired, he took the music and experiences back to the UK and became its ambassador. Paul returned often holding residencies at Amnesia and Pacha in Ibiza. Around the same time Ministry Of Sound in London was opening and tauted Paul as their first resident. However it was his famed residency at UK super-club Cream in Liverpool that brought Paul global respect as a master of his art. It was some say the catalyst to what has made him a touring legend.

This residency was celebrated through the Grammy nominated 2004 compilation ‘Creamfields’(Paul went on to receive a second Grammy nomination in 2007 with his artist album, “A Lively Mind” and then again in 2009 for his production work with Madonna).

Oakenfold’s stature as a DJ and entertainer has taken him beyond the normal club and festival circuit, playing landmark gigs that have changed the face of electronic music.  Highlights include three worldwide tours warming up for Madonna and U2 (with both artists insisting on a DJ set from Paul instead of a support band); performing physically on the Great Wall of China and two sold out dates playing to 30,000 people at the Hollywood Bowl in California.

A year after that first visit to Ibiza, Perfecto was born. Founded in 1988, Oakenfold’s groundbreaking Perfecto record label played an integral role in the birth of trance music, with Paul at the helm producing massive international hits such as “Not Over Yet”, “Bullet In The Gun” and “SouthernSun”.  With countless high profile releases and remixes in its path, Perfecto Records is still the benchmark to which so many labels measure themselves. 20+ years later, Perfecto remains as cutting edge and popular as ever, even resurrecting its Perfecto Fluoro sublabel in 2011. Probably Perfecto’s most notable release was the recent double album “Perfecto Las Vegas” which held the#1 spot on the US iTunes dance chart for several weeks. This release solidified Paul’s stronghold as an International DJ power player achieving the highest selling DJ compilation ever released in US history – with over half a million sales.

Paul has produced for megastars such as U2, Madonna (including her latest release “Celebration”) and The Happy Mondays. As well as three acclaimed artist albums under his own name. He has remixed Michael Jackson, The Rolling Stones and Justin Timberlake and released over 20 DJ mix compilations. In recent years Paul has also been responsible for creating some of the most breathtaking film scores and cues fora long list of Hollywood blockbusters – including The Bourne Identity, Matrix Reloaded, Shrek 2, Swordfish and Collateral. But his most anticipated release is yet to come. Paul Oakenfold’s newest artist album‘Pop Killer’ is scheduled for imminent release featuring The Red Hot Chilli Peppers, Gnarls Barkley, One Republic and B.O.B.

Astonishingly,despite all his success in the worlds of chart music and film, Oakenfold has found time to keep in touch with his roots as a club DJ.  Over the past 3 years he has held a weekly residency at the legendary Rain nightclub in The Palms, Las Vegas.Planet Perfecto is a fully produced show with 75 circus performers,cutting edge visuals and special effects - giving the 3,000-strong crowd a truly unique experience.

Whether you are listening to a CD, watching a commercial, going to a club or playing a video game; Paul’s omnimedia presence is felt everywhere. Paul Oakenfold is the sovereign of DJ culture and is its most recognizable icon.