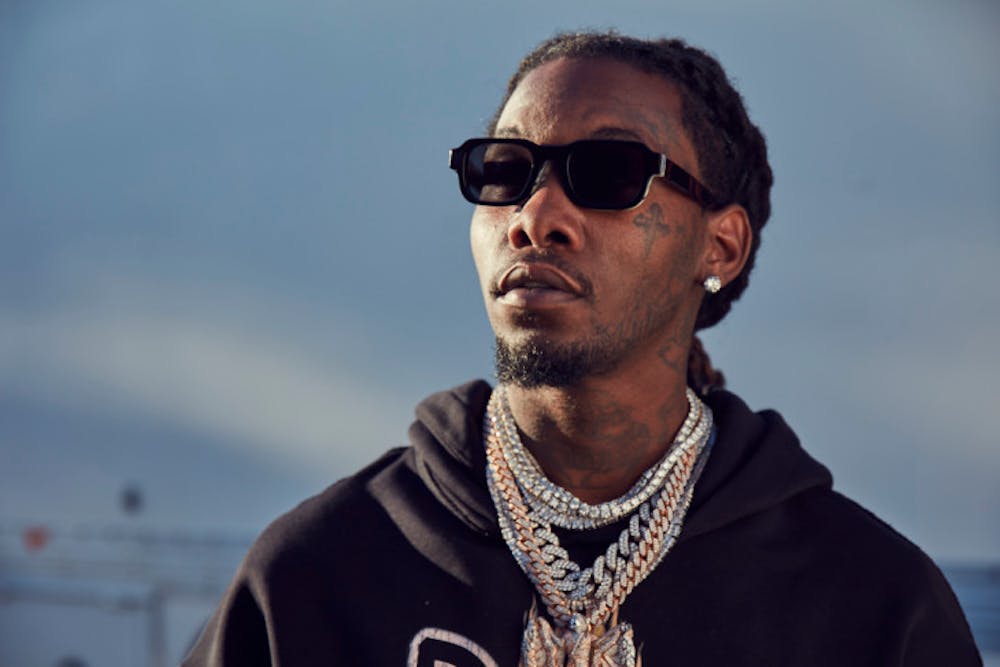 Follow Offset to get alerts about upcoming events and special deals!

Offset, is an American rapper and songwriter.

Offset has performed in venues such as: Belasco

Without further ado, here are Offset top 10 tracks of all time:

Offset, is an American rapper and songwriter. He is a member of the hip hop and trap music trio Migos, alongside his cousin Quavo and his cousin once-removed Takeoff. He is also an investor in esports organization FaZe Clan.

The members of Migos were raised middle-class in suburban Gwinnett County, Georgia. In 2008, Offset formed Migos with Quavo and Takeoff. Offset is Quavo's cousin, and Quavo is Takeoff's uncle. The three grew up together in Gwinnett County, a mostly suburban area near Atlanta.

Migos initially gained recognition following the release of their 2013 single "Versace". In 2015, the trio released their debut studio album Yung Rich Nation. In 2017, their single "Bad and Boujee" became an Internet phenomenon, spawning many memes with the lyrics "rain drop, drop top", which were performed by Offset. The song peaked at number one on the US Billboard Hot 100 chart,[3] with many critics believing Offset commanded[clarification needed] the track. In 2017, the trio released their second studio album, Culture, which debuted at number one on the US Billboard 200 chart.

No upcoming events with Offset